Often I become self-reflective around this day. International Women's Day makes me contemplate the progress I have made in both my career and my personal endeavors. However, as people across the globe celebrate women's social, political, economic and cultural advancements, it is important to remember that there is still a long way to go, especially in regards to women's health.

Women suffer from depression, strokes, and dementia twice as much as men as they age and over 70 per cent of new Alzheimer's patients are women. Let's just take a moment to absorb that fact because when we understand the magnitude of female mental health conditions, we can hopefully understand that specialized and dedicated resources are needed to help ease their impact.

We know women are often primary caregivers, oscillating from task to task, putting everyone else's needs before their own. These are issues which need to be addressed, and we have reached a tipping point in which it is required to look at the impact of gender and sex on various mental health diseases and conditions.

Through my philanthropic work with Women's Brain Health Initiative, over the years, I became increasingly aware how few research initiatives specifically looked at the impact of the sexes on brain health. Perhaps it's not such a surprise considering that for centuries, women are often neglected as research subjects, especially in the mental health realm.

After my father, Wilfred Posluns, passed away in 2010 at the age of 78, my family's continued commitment to various philanthropic causes has been many. We are fortunate to continue several initiatives in the honour of my father, and our mother, Joyce Posluns who says to this day that our father always instilled the notion of giving back - to me, and my siblings, Wendy and David. Healthcare has always been at the forefront of issues to champion.

Over the last year, it became clear to me and my family, along with other key Canadian health and brain health organizations that we needed to change the dialogue and put women at the forefront. Last year, it was decided that the Posluns Family Foundation would spearhead a research Chair position to study cognitive aging and associated disorders in relation to gender - the first of its kind in Canada. To honour my father and mother, we gave it the title of - Wilfred and Joyce Posluns Chair in Women's Brain Health and Aging. 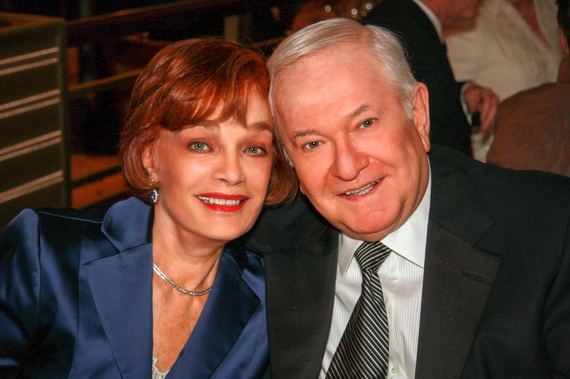 The Chair holder will use the results of their research to create gender and sex-sensitive policies and interventions to improve brain health and promote wellness in aging. This project will open the conversation we need to have, and for the next ten years it will contribute sustained resources to examine female brain health concerns in Canada - a breakthrough for women.

The conversation around women's global advancements is growing, but issues around health and aging still need to be addressed by both men and women. I was part of a panel discussion in Switzerland and in the UK where I had the opportunity to talk about the initiatives we are taking on here in Canada to advance the research of social and biological influences on brain health and aging. My hope is that this research initiative and speaking about it across borders, will spark more of its kind.

On behalf of the Posluns Family Foundation and Women's Brain Health Initiative, I would like to thank the Canadian Institutes of Health Research (CIHR), Ontario Brain Institute (OBI), and the Alzheimer Society of Canada (ASC), for recognizing the need to focus more research on women's brain health and aging and for their generous partnership on the Posluns Chair position.