The spirit of youth and the optimism and sheer defiance of young people today is alive and well. They are set to take their fight for rights to a whole new level.

Not since the end of World War II -- exactly 70 years ago -- have so many children and teenagers been displaced from so many countries. And never have so many become refugees as a result of civil conflicts and the break up of regimes.

Today, 30 million young people are officially displaced persons, exiled from their homes in their own countries. Around 10 million have become refugees, forced to seek shelter in countries far from their home and their families.

It is a tragedy of epic proportions, yet amidst the pain and the suffering there is still aspiration, a desire for life, knowledge and opportunity. That hope stems from young people.

This generation is connected. They talk to each other across the globe on mobiles and on social media. They understand. And with a focus on the direct engagement of young people in fighting for their rights, we should be proud to highlight the fact that nothing less than a civil rights struggle is underway, led by young people and their endless energy.

Nothing less than a civil rights struggle is underway, led by young people and their endless energy.

Whatever the world throws at them, they will not cower away. You can almost hear them chant: Bring it on.

They are increasingly determined in the fight for their basic rights to be free of child labor, child marriage and child trafficking and sex discrimination -- and to share in and enjoy the provision of basic education.

More and more young people, seeing humanitarian aid drying up in key areas of the world, are demanding action. Almost 1,000 global youth ambassadors, led by A World at School, are today making the case for an end to youth exploitation and the right to universal education.

And next month, a town hall rally will be held in New York on September 28; youth leaders standing alongside Graca Machel will highlight their demands for support.

The world is utterly hostile right now, nowhere more so than in Syria and its neighboring countries. There are currently 5.5 million children who have been affected by the Syrian conflict, most of whom enjoyed education before the civil war. Most now go without any school or education.

And this is not just an issue in the Middle East, but all across the world. Africa is becoming a cauldron for attacks on youth, with girls' rights being specifically targeted by militant groups. Boko Haram's campaign of terror against Western education is the most infamous because of its horrific and high-profile, large-scale attacks but right across the continent children are being denied their rights.

Niger has the highest rate of child marriage in the world, with 75 percent of girls married before they turn 18. And in South Sudan, almost 800,000 children have been displaced as a result of the civil war with thousands of boys recruited as child soldiers, leaving them in danger and traumatized as a result of living on the front line.

The horror doesn't halt there. Children were bombed in Gaza, pupils were massacred in Pakistan, vulnerable young girls were trafficked out of Nepal when an earthquake struck. When 2015 was recently labeled the Year of Fear, it was for a reason.

But amidst the despair, there are pockets of hope, inevitably from young people fighting back to save each other from exploitation and demanding that the world support their struggle.

Whatever the world throws at them, they will not cower away. You can almost hear them chant: Bring it on.

We have seen the growth of civil rights groups led by youth, such as the Global March Against Child Labor, opposing child slavery; A World at School, championing the right to education for all boys and girls; and Nepal's Common Forum for Kamlari Freedom, fighting against child marriage.

Young people's groups -- from Bachpan Bachao Andolan in India to the Yellow Movement in Ethiopia and the Street 2 school campaign in Tanzania -- are fighting for the youth. For too long, young people have relied on adults who have done too little to stop the violation of the rights of the children for whom they were responsible.

Right now, a civil rights struggle of young people led by young people is our best hope for the future. More power to them.

They are fired up, with good reason. They are passionate, and they can and will bring change in a world that, we can only hope, they may understand even better than we do.

PHOTO GALLERY
Children In Refugee Camps
Download
Calling all HuffPost superfans!
Sign up for membership to become a founding member and help shape HuffPost's next chapter
Join HuffPost
Voting Made Easy
Register to vote and apply for an absentee ballot today
Register now

The World Is More Dangerous for Young People Today Than Ever. But They Are Fighting Back.
Children In Refugee Camps 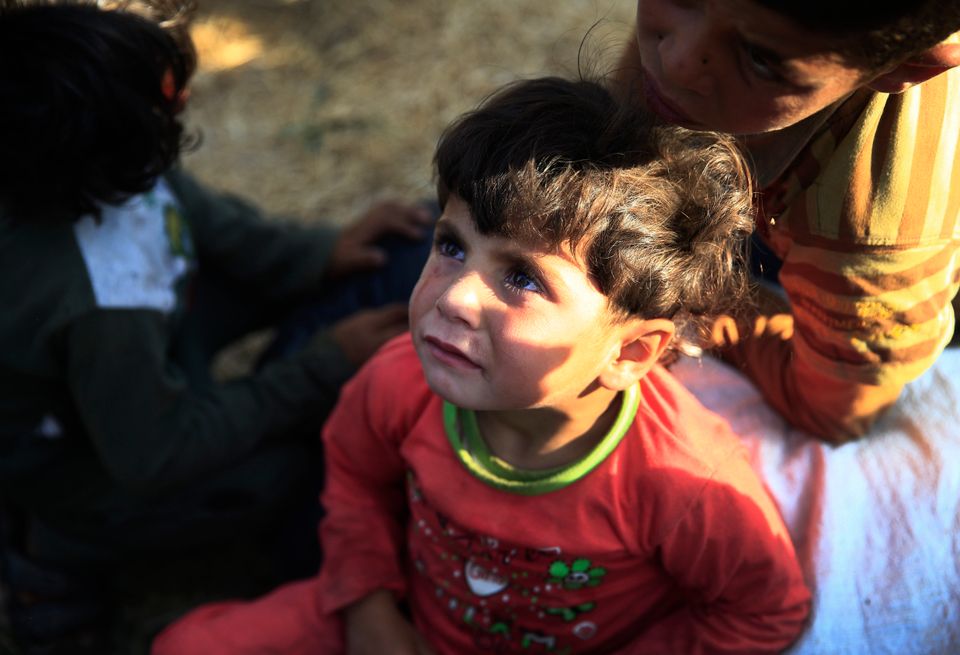