It might be hard to believe, but all those hours you've spent on the Internet could actually be good for your health.

But what about the dangers of sitting around all day doing nothing except sedentarily staring at your screen as you surf cyberspace? Well sure, that's a big problem and it's been linked to various health problems. Staying seated at your desk for too long can potentially shorten your life. Computers force us to multitask, which may be harming our mental abilities, and your constant connection to your smartphone could be affecting your life in a number of negative ways.

In moderation and as a whole, however, the World Wide Web plays a number of important, beneficial roles. Check them out:

So make sure to do it right, so your life on the Internet can actually be well-lived! 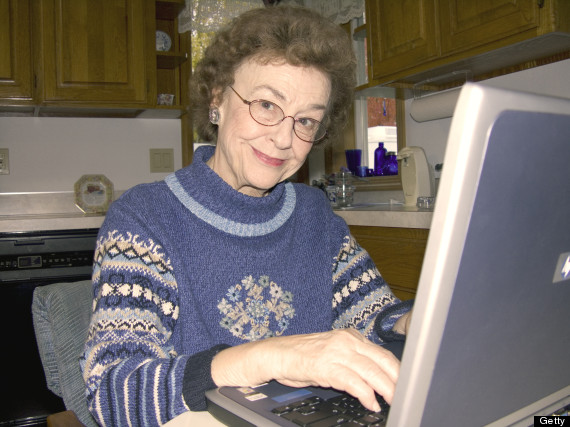 The mental capacities for "complex reasoning" and "decision-making" are both elevated in the brains of older, web savvy adults. Dr. Gary Small of the Semel Institute for Neuroscience and Human Behavior at UCLA conducted the study with adults between the ages of 55 and 76, both with and without significant knowledge of Internet, and found cognitive abilities to be significantly affected by web use.

"Internet searching engages complicated brain activity, which may help exercise and improve brain function," he said of the study. On top of all this, Small found that people who have more experience with the Internet ended up registering higher levels of brain activation while surfing the web than those with less experience.

2. We all get by much better with a little help from our friends, even if they're online. 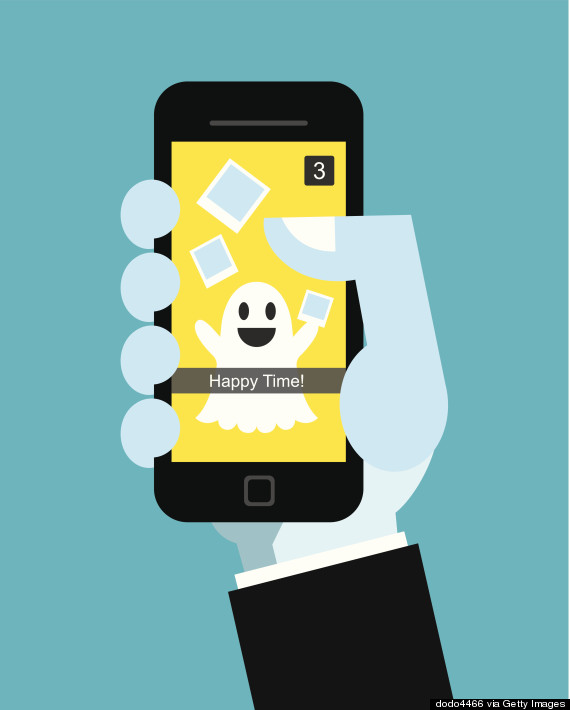 The early years of social media have been dominated by "scary" trend stories about the dangers of sexting and the collapse of language and society as a whole. As The New York Times has pointed out, however, these reports are a typical response to any new form of communication. The Times stressed that social media should be considered a portal that can be either good or bad, depending on how you use it. "It’s what we do with the tools that decides how they affect us and those around us,” Dr. Michael Rich told the Times. As with anything, social media needs to be used in moderation, and it increasingly is.

If digital friendships have any of the same effects as in-person ones, embracing social media responsibly as a means of communication could hold some serious health benefits. Staying connected with friends has been shown to have significant ties to wellness and longevity. Prolonged loneliness can be as detrimental to your lifespan as smoking 15 cigarettes a day, according to researchers at the University of North Carolina Chapel Hill and Brigham Young University.

While it didn't test digital interactions specifically, similar results were found in a 10-year study that showed friendships become increasingly important as we age, especially in the fight against dementia. Although we would likely need to engage deeply with these friends online for many of these benefits to translate, as stressed before, many believe that social media shouldn't be regarded as a "lesser" form of communication. Margarita Azmitia, PhD, has found that while the methods of connection have changed for the upcoming generation, the value of the communication itself hasn't.

3. The internet provides a support system for those who need it most. 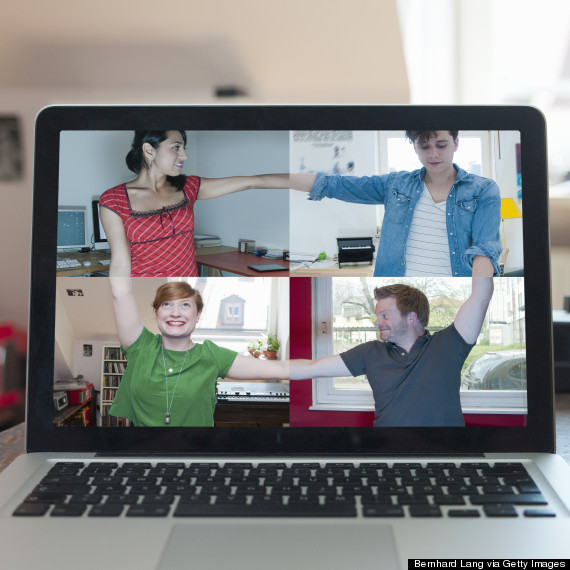 Social media has greatly helped those who most need someone to talk to, like victims of prejudice or the chronically ill, who may be fighting an especially dire kind of loneliness. Sean Fogerty, who suffered from multiple sclerosis and was recovering from brain cancer in 2010, told The New York Times that the web "really literally saved my life, just to be able to connect with other people.”

People with a chronic disease are more likely to embrace social media than healthier users, and many help spread the information and experiences they've gone through with other patients. In another report, The New York Times spoke with Paula Rice, an elderly survivor of a heart attack, who told them she "had been 'dying of boredom' before discovering social networking sites." They "gave [her] a reason to keep on going," she said. People who desperately need a community can find those vital connections online. 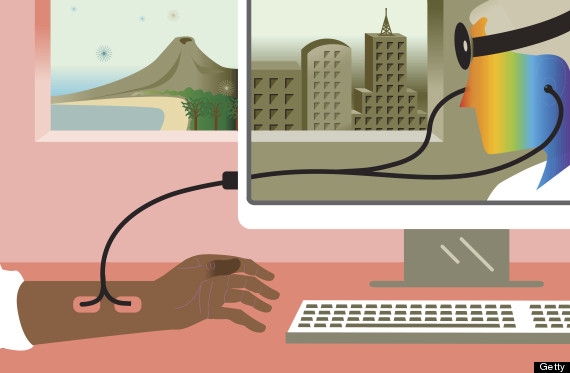 Doctors are increasingly embracing social media as a way to communicate with higher-need patients in a shorter, more informal way between visits. Dr. Pauline Chen has advocated for these small bursts of communication, noting that some patients only need quick advice or encouragement that wouldn't require a trip to her office, especially if they live far away or can't travel due to work.

Because most Americans are also using online databases for medical knowledge, having doctors they can quickly turn to online for clarification is also important. Of course, doctors need to decide whether they want to take on this extra work pro bono, but as orthopedic surgeon Thomas Lee told U.S. News, those doctors who do embrace social media have helped create "a vibrant sense of community and a wonderful back-and-forth dialogue." 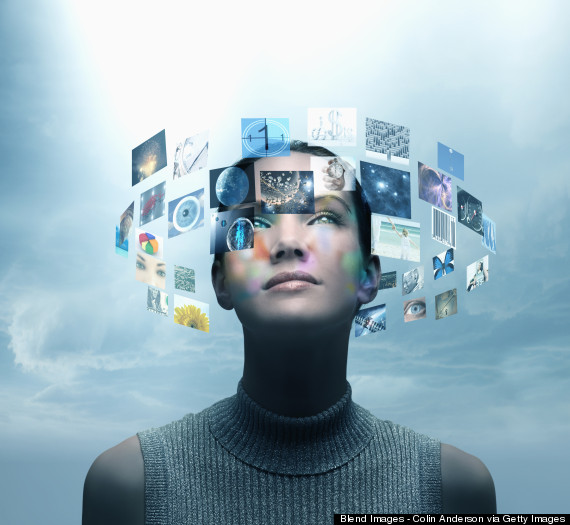 As of 2011, 80 percent of American Internet users found medical advice online through online databases such as WebMD or MayoClinic.com. Although "cyberchondriacs" can find themselves inaccurately self-diagnosing themselves by incorrectly interpreting information they find online, Dr. John Spangler of Wake Forest assured MyHealthNewsDaily that "reputable organizations such as university websites or medical associations are great sources for health information."

Online medical databases may still be in their infancy, but newer and better systems are slowly being developed. Unfortunately, there have been setbacks, like the failure of Medpedia, or WebMD's stock struggles. Overall, however, the credibility of these databases has been improving.

6. Want to stop smoking? The Internet can help. 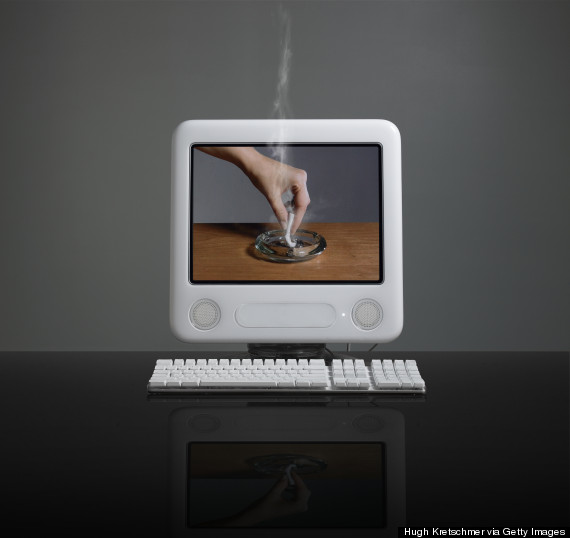 Smokers almost always end up needing to quit in groups, according to a 32-year study that followed the lives of smokers and documented their daily habits. As the New York Times reported on a 2008 smoking study, "quitting can have a ripple effect prompting an entire social network to break the habit."

In recent years, social media has helped smokers build these communities online and receive inspiration and encouragement from other smokers going through the difficult process of quitting. Reading about the lives of ex-smokers online and joining various Facebook groups has proven especially effective at helping people find the motivation to quit for good. 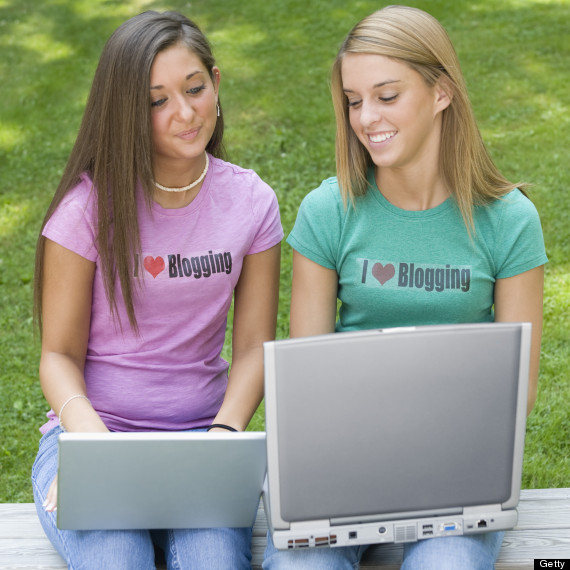 Much like keeping a daily diary to release bottled up feelings, blogging can be a mentally therapeutic practice that also gives people the benefits of interacting with others, a study published in the American Psychological Association's journal, Psychological Services found.

In a finding that may anger many tech writers, the best results were actually achieved by participants in the study who allowed reader comments to come through, as they tended to be overwhelmingly supportive. Of course, this is likely most applicable to personal blogs, rather than more popular blogging platforms, where anonymous readers are known to be more abusive or unkind. But for many teenage writers in a recent study, the comments functioned "as positive feedback, with assurances and advice [bloggers] weren't getting from their peers." 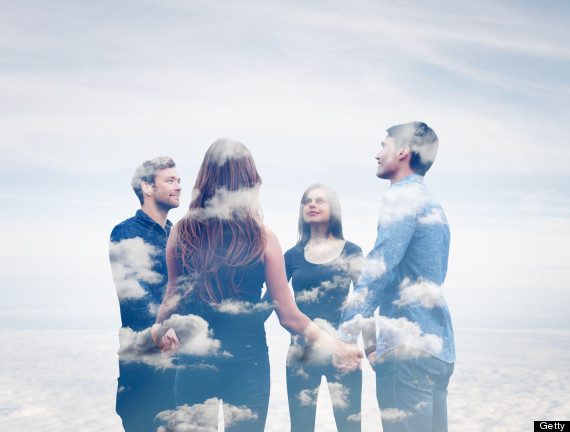 We are superhumans, and it's all thanks to smartphones and the Internet. More specifically there's a recently developed concept called transactive memory, which theorizes that we benefit from storing memory as a collective group (now online) and simply remembering where to find information, rather than actually knowing each specific detail.

For example, you might not remember Keira Knightley's age or how to make that guacamole recipe, but you know exactly where to look for that info. Society's increasing reliance on transactive memory certainly seems to have led many people to believe that our memory has been destroyed, especially with the success of dystopic novels such as Gary Shteyngart’s "Super Sad True Love Story" and more recently, Dave Eggers' "The Circle."

Despite these concerns, others have argued that we shouldn't "fear the cybermind." In a new book, technology writer Clive Thompson studied various never-before-seen feats in human ingenuity made possible by the Internet. He concluded that "what is happening is deeply positive," and he is certainly not alone in championing the Internet as a way to unlock our smarter, more thoughtful and more cultured selves.

And finally a Huffington Post-related bonus...

Being a news junkie makes you eat healthier.

1 / 10
Bev Holzrichter, "The Internet is my hero, it saved my life"
CNN reported the story of Bev Holzrichter, 56, who runs a horse stable in Charlotte, Iowa with a live stream installed for foaling season. In 2004 one mare, Sierra was having trouble giving birth. Holzrichter went to check on her without realizing that another mare, Nifty, had broken down her door and was in Sierra's stall trying to steal her foal. Trying to defend her newborn, <a href="http://articles.cnn.com/2005-09-21/tech/bev.holzrichter_1_web-cam-stables-horses?_s=PM:TECH">Sierra kicked Holzrichter three times in the chest. </a> Users on the live stream watched the entire incident, and came to the rescue. Residents of Germany, the United Kingdom, France and all over the world called the Charlotte Rescue Squad. When they arrived 45 minutes later, Holzrichter was already in shock with a dangerously low temperature. "<a href="http://articles.cnn.com/2005-09-21/tech/bev.holzrichter_1_web-cam-stables-horses?_s=PM:TECH">The Internet is my hero</a>." Holzrichter said of her ordeal. "Those people watching are the ones who helped me. If it wasn't for the technology of the web cam, I'm not sure when I would have been found or what would have happened to me." Holzrichter suffered a damaged knee and leg.
Alamy