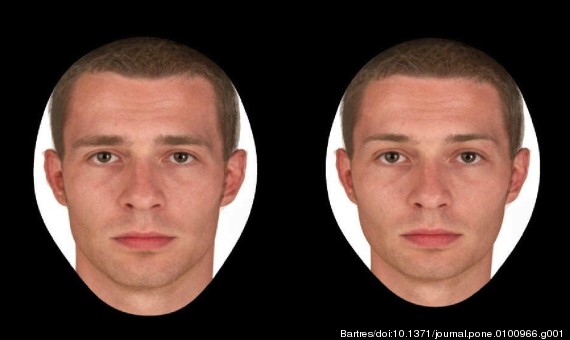 What about these faces? 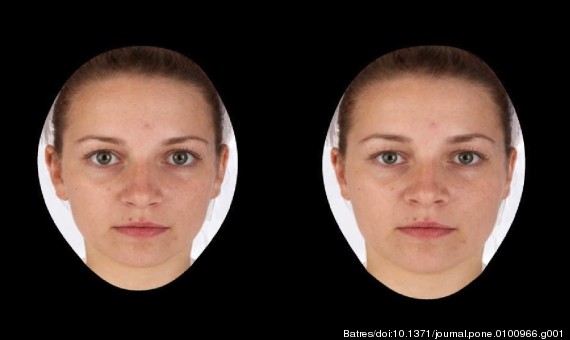 Given that you have access to the internet -- a safe assumption since you made it to this page -- there's a good chance that you went for the faces on the left of each pair. But get this. If you didn't have internet (and weren't reading this right now), you might prefer the faces on the right.

So suggests a provocative new study showing a link between internet access and the potential mates we find most attractive.

“We take the internet for granted, yet in much of the world there is a 'digital divide' that separates people living with and without luxuries," study co-author Prof. David Perrett, a psychologist who leads the Perception Lab at the University of St. Andrews in Scotland, said in a written statement. "So it should not be surprising that people in very different circumstances have different priorities for qualities in a spouse."

But what exactly are these differences?

To find out, a psychology Ph.D. student at the lab, Carlota Batres, went to El Salvador, where 74 percent of the population lacks internet access. She showed 200 men and women (between the ages of 18 and 25) pairs of faces and asked the subjects to choose which face they found more attractive in each pair. The subjects also completed a questionnaire to indicate whether they had access to the internet, a television, and running water.

“One possibility for the difference is the level of media exposure: people with internet access are more exposed to the media (adverts or websites), which promotes the beauty ideals of muscly men and thin feminine women," Batres said in a written statement.

People with internet access were also more likely to have a TV in their homes, further exposing them to influence from the media.

While the study shows only a correlation between internet access and our preferences, its results match up with previous research showing that exposure to images of thin women in the media is associated with "internalization of the thin ideal." That's according to Dr. Renee Engeln, a psychologist and director of The Body and Media Lab at Northwestern University, who was not involved in the study.

"In other words, the more we see these types of images (whether on the Internet or in magazines or television shows), the more we tend to buy into the notion that thinness is a key indicator of beauty in women," Engeln told the Huffington Post in an email.

That ideal can have some negative consequences for women, she added.

"Chronic exposure to media images idealizing very thin women is most dangerous for women who are particularly vulnerable -- those already struggling with body image and eating issues and those especially prone to comparing their own body with what they see in the media," she said. "Even when these images don't contribute to eating disorders, they do contribute to a climate in which women are reminded, constantly, that their bodies never quite match the ideal."

But Engeln also pointed out that while media may shape our preferences, they reflect our preferences too. This suggests that the study's results may be explained by another theory. People who lack internet access are more likely to have limited economic resources -- study subjects without internet were less likely to have access to running water in their homes -- which may cause them to prefer heavier women.

"Our findings are consistent with previous literature that has found that heavier figures are considered more attractive in poorer and rural areas," Batres said in the statement. “When income and access to food is uncertain, heavier women may be better equipped to survive and reproduce and therefore preferences for heavier women could be adaptive."

The study was published online on July 9 in the journal PLOSONE.

Beauty Tips From Across The World