In an article last September, "The Catastrophic Social Media Content Marketing Mistake Marketers Are Making," I made reference to the fact that I am not one prone to rely on hyperbole. Many writers, be they talking about the latest in marketing or advertising or the next great superstar in (insert name of sport here) absolutely like to lean on the benefits/added attention that comes from a hyperbolic headline and/or title of a given piece.

And while many may say I am indeed using hyperbole in my title, when I read that something is projected to expand at a rate 270 percent higher than mobile in less than six years, I sit up and take notice, and yes, I craft a title befitting such a monumental projection.

The something I am referring is the same thing that served as the theme for this past year's Consumer Electronics Show in Las Vegas -- the Internet of Things or IoT.

The growth in IoT will far exceed that of other connected devices. By 2020, the number of smartphones tablets and PCs in use will reach about 7.3 billion units In contrast, the IoT will have expanded at a much faster rate, resulting in a population of about 26 billion units at that time.

IoT is not a new concept per se but as Frank Gillett, analyst at Forrester Research, said, "This is the year of the Internet of Things in terms of mind share." 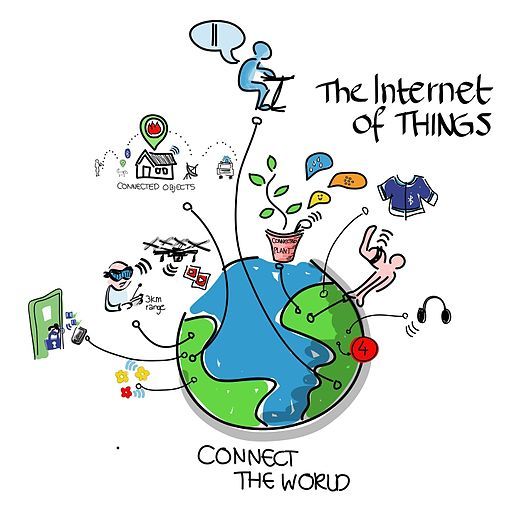 As usual there are no shortages of definitions for this "one must-have IT gift for 2014" as Howard Baldwin put it in his Forbes article from last December "On Everybody's Shopping List This Year: The Internet Of Things."

To coin a phrase, when it comes to IoT the possibilities are endless. How could it not?

With the advent of wearable technology as just ONE example of the places -- or better still, the things the Internet is finding a home in -- endless possibilities may not even describe it well enough.

However, with the addition of so many devices connected to the Internet comes the inherent need to oversee all the data or as Carl Hewitt, the founder of Decisions.com puts it

as the number of services and things that become addressable and controllable increase, the need shifts from having objects or data that are able to be interacted with to 'who is going to manage all of this stuff.'

The Next Major Disruptor for Retail

"The retail sector witnessed the single biggest disruption with e-commerce and online retail," said Sankaran. "IoT has the potential to cause a similar disruption to the retail and e-commerce space, and can fundamentally alter the way the sector is operating today."

However, while consumers may be ready, to some extent anyway, to more or less welcome IoT into our lives -- or should I say welcome it on a much grander scale into our lives, there are caution flags for retailers.

In addition to the need to facilitate and manage all this newfound data as previously mentioned, Eric Bradlow, K.P. Chao professor of marketing, statistics and education at Wharton offers another caveat to IoT, if you will.

While the Internet of Things, and the potential to track every item in real-time has great promise, it also has great potential to further lead companies to rely too much on blind empiricism and not enough on theory to understand customer behavior.

He quickly added, however, IoT, when done correctly can benefit both retailers and consumers alike.

"The increased capacity to track people, items, webpages viewed, etc. will certainly lead to great potential monetization opportunities for firms," he said. "And the potential for consumers to have significantly increased welfare due to better targeted recommendations, better targeted deals and spend less time finding them."

From the Horse's, er Retailer's Mouth

I wanted to get the perspective directly from a CMO of a large retailer to get their thoughts on IoT. Right out the proverbial chute, Julie Lyle, CMO of h.h. gregg had a not-so-gentle reminder for all retailers.

"Retailers today must understand that they are being judged by highly connected consumers with many different views and experiences that are shaping their purchasing decisions," she said. "Savvy retailers understand the new norm that has been created by the internet and its communities. Consumers have access in excess. Thus transparency is absolutely unavoidable -- and it is the only true platform upon which to build lasting consumer trust."

She of course is spot on in her thoughts. Quite frankly if there is ANY retailer of ANY size who does not grasp the concept that A) the consumer is in charge and B) they are more than likely, as Julie put it, "highly connected" to the Internet which in turn makes them "highly connected" to other consumers all over the globe -- these same retailers may want to consider a career change.

The storytelling benefit is one not lost on Lyle, either.

"The retailers who can capitalize on this new and continually evolving IoT will be those that have a story to tell," she said. "They know their brand essence, have the courage to articulate what they stand for beyond just a product or service and they will find clever ways to engage with the audiences who care about the retailers' offer, story, service experience, communications style and ultimately... authenticity."

Back in 2010 McKinsey & Company, in writing about IoT said it "has great promise, yet business, policy, and technical challenges must be tackled before these systems are widely embraced."

The promise of IoT still exists in 2014 but we may not have even scratched the surface as to what IoT can truly deliver according to Ahmed Khattak, CEO and founder of GSM Nation.

"There are banking apps, investing apps and traffic apps all functionally based on the IoT, but these are all toys compared to the potential of the technology," he said. "Soon the consumer will be able to manage their entire life from anywhere that they can carry their own personal platform."