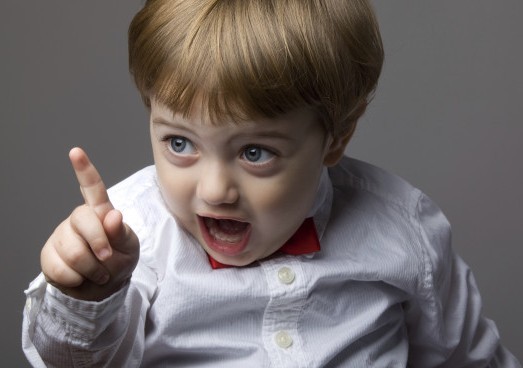 In case you haven't noticed, the Internet has gotten super bossy lately.

Yeah, sure, it was always a know-it-all. It was always a little creepy, little judgy. But those bits were avoidable in the beginning. Back in the day, the Internet was avoidable. Then, in the early naughts, something happened: the Internet hit its stride with the launch of Friendster, LinkedIn, and Myspace. And suddenly the definition of social shifted, from life to media. All the sudden, the Internet was unavoidable. Turned out we needed the Internet for more than email and masturbation. We needed it to feel like we mattered. And we needed to feel like we mattered all the time. We needed the Internet a lot more, in other words, than it needed us. By the time Facebook came along, we were the Internet's bitch, no question.

Social media -- which is more or less Facebook for most folks at this point -- has completely changed what we consider social behavior, with many contending much of what passes for social nowadays is actually dreadfully antisocial in nature. How can this be, when social media is all about sharing? And "liking"? And "friends"? How did a platform capitalizing on "friendiness" totally miss the mark on friendliness? How did outrage become the chief mode of social expression? How did trolling become a major modus operandi?

There's a lot of speculation around Facebook's newsfeed algorithm. It's just possible that the exigencies of making social media profitable influence users' behavior. Most of our newsfeeds are as crowded as Mongkok, with sites with something to sell us, sometimes disguised as news, screaming for our immediate attention. I'm not ashamed to admit I get most of my news these days from my Facebook feed. I know there are downsides to relying on Facebook to feed you all the news you need, but social media has the added advantage of amplifying events, newsworthy or no, like the television networks used to, and, frankly, better, faster and with more diversity than the networks ever did.

Take the recent news from Indiana. Governor Mike Pence blamed the Internet for letting the cat out of the bag on his Religious Freedom shenanigans. And he's right! You probably wouldn't know where Indiana is, much less what kind of crazy laws they're passing, and definitely not who Mike Pence is, without the Internet, which is to say, without social media, which is to say, without Facebook. Indiana is a best-case scenario: shenanigans exposed, activism amped up, law amended, all in the space of one short week. That's powerful stuff.

I'm definitely not alone in my reliance on this platform. According to a 2014 Pew study on how social media is reshaping news, roughly a third of the adult population uses Facebook, at least, in part, as a news source. Now, obviously the site doesn't provide the content, only a platform for content providers. That's still a powerful position to be in, and why Facebook is leveraging it by restricting organic reach for profit. This has been terrible news for nonprofits and the little guys, who don't want to have to pay just to get content to folks who already follow them.

Reposting can, of course, greatly extend the reach of a story. If it goes viral a post can even jump from social media to the mainstream and be seen by millions. Look what happened recently when a Humans of New York photo of a young kid in Brooklyn went viral. HONY has more followers on Facebook than "Fox & Friends" (12.5 million to F&F's 10), so when the MSM picked up the story and ran with it, it was a little anticlimactic. HONY had already raised over a million dollars for Mott Hall Bridges Academy before Ellen stole his thunder and warm fuzzies with an ad for Target on her show.

But that's the promise of social media in a nutshell, isn't it? And everybody wants a piece of that action. So it is that social media marketing, in the hopes of getting some, has come to rely on click-baity headlines -- the kind that made Upworthy such an overnight sensation (before it became an overnight cliché). You know, the old: "She told her dad she was a satanist. You won't believe what happened next!" Headlines with tantalizing ellipses, listicles and quizzes can be tempting, too.

And newsies want in on it. Why not, right? But more and more, reputable news organizations are peddling their stories with bossy, declamatory first-person screeds meant to raise hackles and click or no-click, get you to comment. Trollmarketing and trashtweeting are by-now established methods in the advertising business, and newspapers always relied on "if it bleeds it leads" to bolster sales, but the new method, perfected by papers like the Guardian in the UK, is a constant onslaught of personal interest polemics with troll-y headlines like "I Don't Need Permission From Anyone to Love My Body" and "It's None of Your Business How Many Kids I'm Having."

Do's and Dont's seem to be trending, as well. Along with the Why-do and why-don'ts, that make vast and sometimes astonishing generalizations that seem to demand an immediate smackdown. Mother Jones, which regularly trolls its followers, had such an overwhelming response to "Lay Off the Almond Milk, You Ignorant Hipsters" that they followed it up with "Boy, Hipsters Sure Are Defensive About Their Almond Milk", where, before cataloging all the counter-trolling MJ's troll-y headline brought down on him, the author, food politicizer Tom Philpott, boasted, "I'm pretty sure that [was] my most-read piece ever at Mother Jones." But it probably wasn't. Read, that is. It was definitely trolled. And that's getting to be all that counts, seems like.

Fact is: trolling works. In space, no one can hear you scream, but in cyberspace, it turns out, all people do is scream, in the off-chance that someone will scream back. Trolling has gone from a fringe, anonymous phenomenon to the chief form of self-expression in our politics and culture.

It's true: we are, essentially, a nation of trolls. We live for outrage, to provoke and express it. It's basically troll or be trolled out there. And, of course, it should surprise no one that the bossy declamation is the lingua franca of trolls. At the heart of the culture of trolling is the desperate insistence that you are right, right, right about everything, and that everyone else is not just stupefyingly wrong about everything, but hopelessly, criminally, repulsively ignorant, and quite possibly the singular cause of all that is wrong in the world. And with national elections amping up here in the U.S., it's going to get a lot worse before it gets any better.

The Internet is not here to persuade you, it's here to provoke you. So what do you do? Well, if I may make a suggestion: stop taking the bait. You're not reading the posts anyway. We all remember NPR's epic April Fool's prank where they posted the provocative headline "Why doesn't America read anymore?" on their Facebook feed with a link to instructions for those who clicked before commenting that read in part: "We sometimes get the sense that some people are commenting on NPR stories that they haven't actually read. If you are reading this, please like this post and do not comment on it. Then let's see what people have to say about this 'story.'" Of course, hundreds of folks commented, some with passionate concern, others with outrage, none of whom were, obviously, in on the joke.

We have met the Internet, and it is us. It stands to reason that if we want to go beyond The Internet of Trolls, we need to stop trolling the Internet.