On the World Wide Web's 25th anniversary, it's only right to look back at just how naive we were about it when it launched. Just look at Katie Couric and the rest of the "Today" hosts discussing it in 1994.

But John Allen, a playwright and "Internet enthusiast," made one prediction in a 1993 "Prime Time News" clip on CBC that got the Internet culture that would develop over the next two decades really, truly terribly wrong.

Even the casual Internet lover knows this couldn't be further from the truth in 2014. One does not have to look very hard, be it in a comment section of a news site or on a Twitter or Tumblr feed, to find how this prediction went awry. 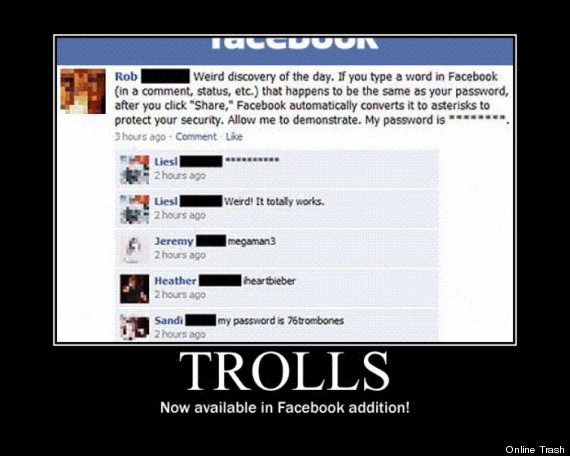 An example of moderate trolling.

This year, a group of Canadian university researchers published an in-depth look into the psychology of Internet trolling. They found that trolls have a set of personality traits referred to as the "dark tetrad," composed of Machiavellianism (desire to manipulate and deceive others), narcissism (vanity), psychopathy (lack of remorse and empathy), and sadism (pleasure in the suffering of others). Basically, the trolls are as crazy as you thought.

And while everyone from YouTube to the Arizona state legislature have made efforts to ban or curb trolling, study author Erin Buckels is not sure it can be stopped: "The allure of trolling may be too strong for sadists, who presumably have limited opportunities to express their sadistic interests in a socially-desirable manner.”