Desiree Wiercyski, a life coach and psychologist, has curated a fierce persona on Instagram. Almost daily, she shares advice, inspiration, and selfies with her more than 2,000 followers. But Instagramming was practically unthinkable for her a year ago.

“I would get incredibly anxious about something as small as leaving a comment on a friend’s post,” she recalls. “My heart rate would increase and I’d break out in a sweat. It really felt like an extension of being in a room full of crowded people.”

Maybe, on some level, you can relate. After all, most of us get a little shy around new people, or simply don’t like the thought of being judged by others. But for the 15 million adults affected by social anxiety, those feelings of shyness or fear of judgment are much more acute ― even paralyzing.

“Social anxiety is a mental, physical and emotional state of intense discomfort and nervousness, and even trepidation, that occurs in a social context,” said Teodora Pavkovic, a New York City-based psychologist. People with social anxiety are fearful of being humiliated or doing something “wrong” in front of others, she explained.

Now, in an age when technology allows us to communicate more (if not mostly) via taps of our fingertips, it might seem like it’s easier for those with social anxiety to interact with others. In some ways, it is. But the internet ― and social media in particular ― can also lead to new stressors and a deeper sense of isolation, creating a double-edged sword for the socially anxious.

On the plus side, social media can provide a “safe place” for people with social anxiety to post about themselves in a way that makes them feel comfortable by removing them from the immediacy of in-person conversation, Pavkovic said.

“Social media helps me to express myself in ways that I wouldn’t normally do in person,” Philtrina Farquharson, a PR professional who has social anxiety, explained. “I can say or do whatever I want and be free without reaping immediate consequences, unlike being in social settings.”

Wiercyski, the life coach, had to work through her own discomfort on social media to discover its benefits. She started taking small steps such as liking posts from companies or well-known influencers. “Then I shifted to leaving comments, and started to really build a community,” she says. “I’ve built a whole new community of people I know, trust, support, and who support me.”

But because those with social anxiety can become preoccupied with how they come across to others, they tend to worry excessively about how they’ll be judged online, Pavkovic explained. As a result, people with social anxiety tend to be passive users of social media ― meaning they’ll observe rather than post.

“They’ll scroll through others’ profiles and photos without leaving comments or posting content of their own, and seem to prefer private communication through social media, such as through direct messages,” she said.

Pakovic explained that these online connections don’t replace the benefits of offline friendships, though.

“Even virtual connections still require some level of back-and-forth,” Pakovic explained, “and given what we know about social media usage by individuals with social anxiety, they may not provide enough of that in order to form strong enough virtual friendships.”

“Science leaves us with no doubt that human beings require direct, live, face-to-face connections with other human beings in order to grow and develop to our full potential,” she said.

Research suggests that high social media use might prevent people from pursuing face-to-face interaction. Thomas Rodebaugh, a researcher at Washington University in St. Louis who focuses on social anxiety disorder, explained, “Some of our data shows that people spend time online as a way of avoiding interactions they might have otherwise.” Pursuing those interactions, he said, is key to overcoming feelings of anxiety around social interaction.

Jenna Salerno, a content writer for a technology company who also has social anxiety, says that in the past she spent too much time on social media and became overly focused on comparing her life to others’.

“Looking at friends who are out on a Friday night while I’m in bed scrolling through my news feed alone didn’t make me feel like I was living,” she said.

She’s now using social media less and less. “I find spending time with people in my real life is more important than watching from the sidelines,” Salerno said.

Wiercyski’s advice for others dealing with social anxiety in a technology-centric world: “Like most things in life, the basic rule is, if it’s not making you feel better, or you find it’s all you can think about, it’s time to take a break,” she said.

If you realize you’re feeling worse after using social media, or you simply don’t like how much time you’re spending on it, those are red flags you might want to cut back, Rodebaugh said. But know that reducing your social media dependency (just like quitting sugar, alcohol, or cigarettes) is not an easy task, Pavkovic said.

First and foremost, focus on “reconnecting with humans and nature,” she suggests. “Start off by arranging to spend quality one-on-one time with a friend, even if it’s just one friend a time.”

Next, try out some science-backed “brain hacks” that may help reduce your device usage, Pavkovic said. Some examples: Turn off all notifications to avoid those distracting “pings,” change your phone screen to greyscale to reduce the visual stimulation, or keep the phone in an adjacent room so that it doesn’t lure away your attention (even when it’s off!).

Finally, Pavkovic highly recommends deleting all social media apps from our phones, which prevents you from mindlessly opening the apps whenever you need a “quick fix.”

Wiercyski said that a few times a month, she’ll notice an anxious feeling while scrolling through her Instagram feed and comparing what she sees to her own life. “At that point, I know it’s time to sign off,” she said, “even if only for the evening, and focus on something else, like hanging out with friends or reading.”

Where To Find Support And Help

If you have social anxiety or you’re interested in learning more about how to support those who do, check out the following organizations:

The Social Anxiety Institute: This Facebook group shares advice, tips and more information about social anxiety. Their mission is to help people overcome social anxiety disorder by teaching them to think rationally, and use specific cognitive and behavioral strategies to reduce and vanquish each symptom of social anxiety.

Social Anxiety Club: Another Facebook group that provides a place where people with social anxiety can meet and talk to others dealing with the same thing. Group rule No. 1: Be nice to each other.

The Jed Foundation: The Jed Foundation (JED) empowers teens and young adults with the skills and support to grow into healthy, thriving adults. If you need help immediately, you can text “START” to 741-741 or call 1-800-273-TALK (8255) to speak with a professional mental health counselor.

The Andrew Kukes Foundation for Social Anxiety: Andrew Kukes, who suffered from social anxiety and the common co-occurring condition of depression, took his own life at age 30 in 2009. The foundation named in his honor seeks to educate social anxiety sufferers, mental health and educational professionals, physicians, family and the general public about the diagnosis and treatment of social anxiety disorder.

The Anxiety and Depression Association of America: The ADAA is an international nonprofit organization dedicated to the prevention, treatment and cure of anxiety, depressive, obsessive-compulsive and trauma-related disorders through education, practice and research.

Talkspace: This is one of several new online therapy tools that gives anyone access to therapy without traveling to an office, and for significantly less money.

BetterHelp: Another option for private and affordable online counseling, this service allows users to communicate with licensed therapists whenever they want.

Locke Hughes
On Assignment For HuffPost
Suggest a correction

For People With Social Anxiety, The Internet Is A Blessing And A Curse
Encouraging Comics For Anxiety 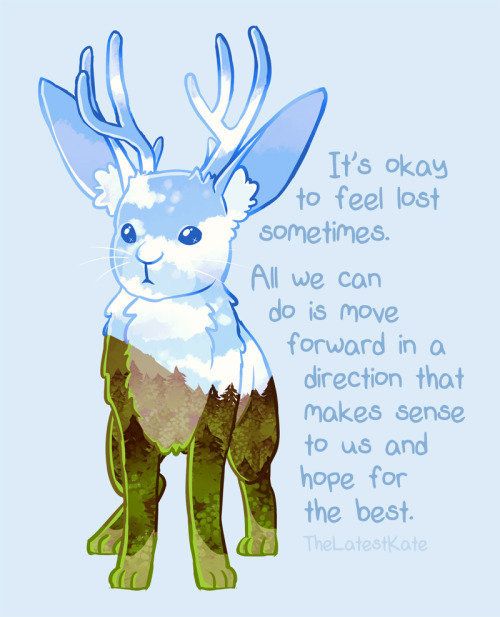