The Internet can be a major time-waster and many of us have vowed to spend less time online -- but research suggests Internet users are actually healthier. A study released Oct. 22 says older Internet users are more likely to undergo cancer screenings and live cancer-preventive lifestyles than those who are not often online.

Data for the study was taken from the English Longitudinal Study on Aging every two years between 2002 and 2011, from 5,943 people over 50 in England. Respondents reported their habits on a variety of topics including Internet use, health screenings, smoking, and physical activity.

Numerous studies have shown the benefits of exercise and a nutrient-rich diet. The American Institute for Cancer Research estimates that 30 percent of cancers can be prevented with just a healthy diet and exercise plan.

Another study on Internet use and health outcomes found over 63 percent of adult Internet users had looked up health information for themselves or others online. Researchers say the study shows the ability of the Internet to provide information on health and improve cancer outcomes, despite socioeconomic disparities in Internet use.

"Our findings indicate that Internet use among older people should be targeted," von Wagner told The Huffington Post. "More importantly that efforts should be made to reduce the social disparities -- particularly by education and wealth -- in Internet use." 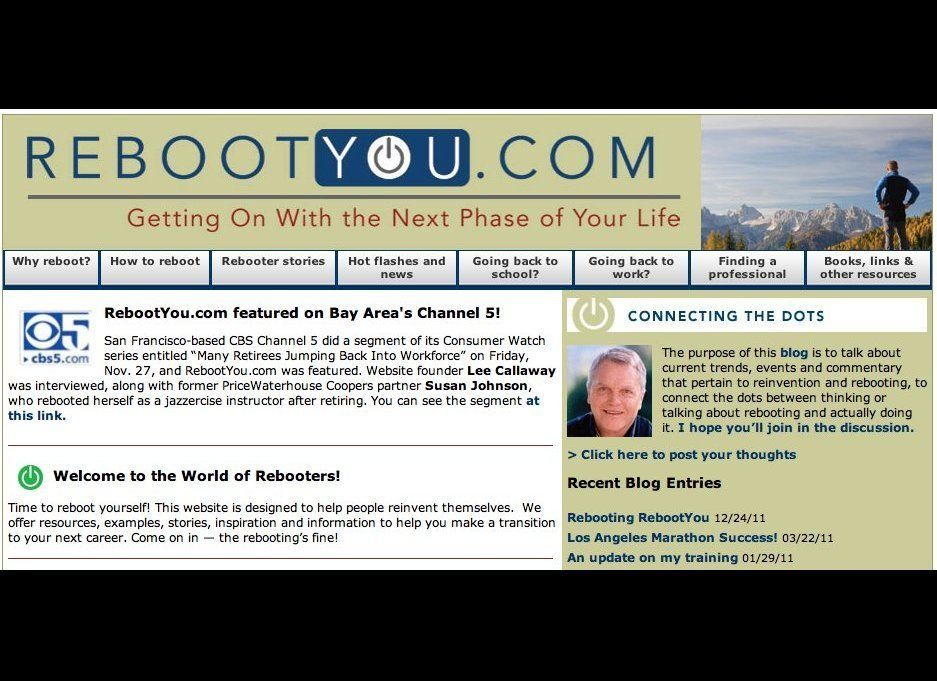 1 / 10
RebootYou.com
A blog dedicated to reinvention or "rebooting" (ending one career and pursuing a new one), <a href="http://rebootyou.com/" target="_hplink">RebootYou</a> offers inspiration and support to a network of "rebooters," with fun resources such as "Ten Good Reasons to Reboot Yourself" and "Rebooter Stories," as well as some concrete guidelines on "How to Reboot."