I'm feeling a little nostalgic today as I put my fantastic summer intern Claire McCarthy on a plane back to finish her senior year at University of Arizona. Her partner-in-crime, Julia Steinly, left a couple days ago for University of Maryland, but she's going to be interning this fall for our new company Sandy Malone Weddings & Events up in the DC-area, so I won't have to miss her for long. We have a big Weddings in Vieques alumni club, and most of my former interns are connected via social media. It's like keeping in touch with family. 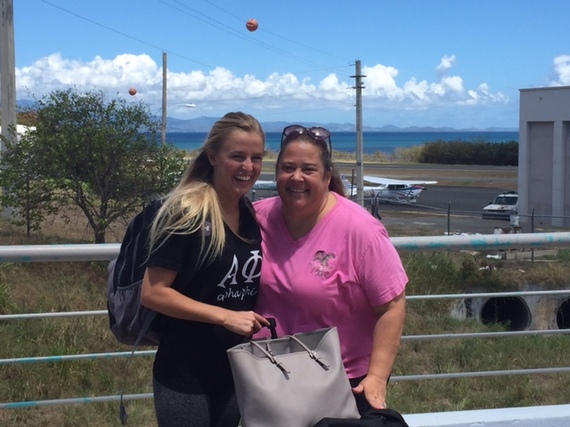 But a very interesting article about unpaid internships ran in Forbes this week and I felt compelled to add my two cents worth on the matter because I happen to think it's on target. Running a successful internship program requires more effort from the company offering it than it does from the actual interns participating in it. And that's exactly the way it's supposed to be.

The article talks about a recent lawsuit against the Olsen twins' clothing company by some interns, and it comes in the wake of a July court decision that said employers don't have to meet every requirement for unpaid internships set by the Department of Labor. But it brings up a really important point about internships -- paid and unpaid.

"There are a few concepts that the courts are wrestling with including the question of who benefits from the intern's work. It seemed from recent decisions involving large media companies that if there was any benefit to the company, the internship was deemed exploitative. That view may be changing but still, if an intern is making copies all day, it's difficult to show any benefit to the intern from the experience. And if there is no benefit, that person may be deemed an employee," explains Nicole Page, an entertainment and employment law expert with Reavis Parent Lehrer.

Three times a year, smart and talented young women from all of the world, literally, apply for wedding planning internships on this tiny island located seven miles off the coast of Puerto Rico, and only the best and the brightest get an opportunity with one of the two slots available each season. Some of our interns have stayed on to become full time account executives for a year or so before they returned to the "real world," but most of our interns are returning to school to finish getting their undergraduate degrees.

My company has a rock-solid policy of not offering a job to anyone who still needs to finish school. I don't encourage dropping out -- no matter how much you like a job -- when you're that close to the finish line. If you're that good and I can afford you, I'll hire you after you graduate. And that's how all employers should handle it.

That's a more common problem with interns who are working on political campaigns -- when the summer is over and it's time to go back to school, they're given a chance to "take some time off" and work for not much money for a cause they've come to believe in. And lots of them jump at the opportunity. Here's the trick: If the candidate wins, they'll probably get offered a full-time job. Which means they're putting off finishing college for another two to six years. I took a year off in the middle of college to work on a campaign and I had to go back right afterwards or my parents would have killed me. But I cannot tell you how many of my friends followed this path and suddenly found themselves scrambling to get those last credits years later so they would have a diploma. It doesn't always work out the way they intended it.

Because I'm very public about my interns and I give them the opportunity to publish blogs and promote themselves on social media while they're working for me, I have always been very careful to make sure the internships were a true learning experience for them. I have never had an intern successfully complete our program without feeling like she learned an incredible amount about how our business works. Most of them have been hired right after graduation in the career field of their choice. 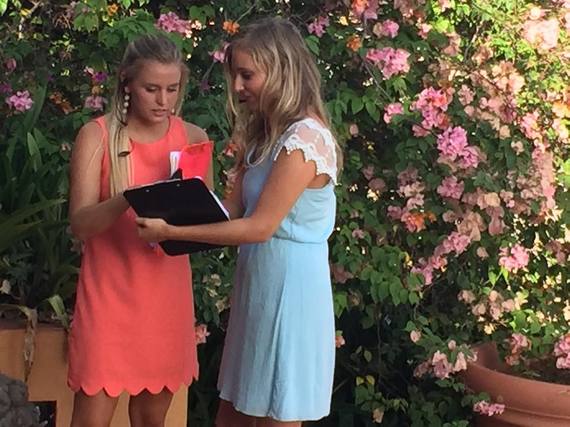 To be clear, this is not -- nor has it ever been -- an unpaid internship. We provide the housing (walking distance from a Caribbean beach and our office) and we also pay them a small stipend. We feed them constantly. Added together, it's far more support than most internships in major cities provide, especially in Washington, DC, where I interned after college. But in exchange, my interns work really long hours during busy wedding weeks. My philosophy is that if they want to be a wedding planner like I am, they have to be able to handle my schedule. By the end of their time here, I try to have them be the point-person for brides and grooms when they arrive on the island. It's an eye opener to these young women as the text messages fly -- literally 24 hours a day -- in the midst of a wedding week. During off time, they go to the beach. It's a pretty good deal.

My biggest challenge is making sure that our interns learn everything I promised them they would learn while they are here, regardless of how much of my own time it sucks up in the process. It is absolutely, 100-percent easier and faster for me to write contracts for clients than to sit and teach an intern how to do it. It's always a multi-step process. First, I have to teach them. Then let them write one, and go through it together to fix any problems. Then I have to let them do another similar contract and see if they make the same mistakes. The process repeats until they've learned how to crank out contracts, or I give up and decide their time will be better spent on another project. Not every intern excels at the same things.

With each new client they encounter and every wedding they help execute for actual brides and grooms, the interns take on more responsibility, learning to write schedules, make bouquets, confirm vendors, and direct a setup. Everything from making sure we have the right size uniforms with us for the bartenders and servers to putting our staff in place during the special activities to cue the music. Gradually, they go from listening and learning to actually being in charge and in control of event activities. It's fun to see their faces the first time I hand them a microphone at a wedding and tell them to go announce the first dance. Oh yes, my wedding planning interns quickly learn the power of a clipboard and a microphone when you're herding 80 cocktailing wedding guests around a venue.

Would it be easier to forget about doing internships and just hire somebody to do that job? Yes. It would also be cheaper. But if I hadn't gotten my first internship opportunity through The Fund for American Studies in 1996, I would not be where I am today. Without a doubt. So I'm paying it back. And hopefully paying it forward to by turning out the next generation of really amazing wedding and event planners. 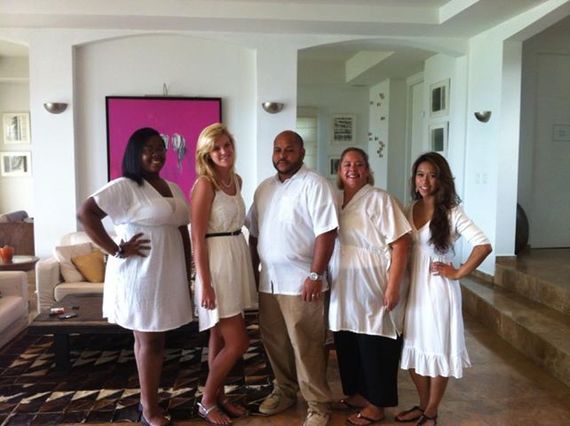