Forty years ago Ted Nelson published a book called Computer Lib. In it he wrote:

EVERYTHING IS DEEPLY INTERTWINGLED. In an important sense there are no "subjects" at all; there is only all knowledge, since the cross-connections among the myriad topics of this world simply cannot be divided up neatly. 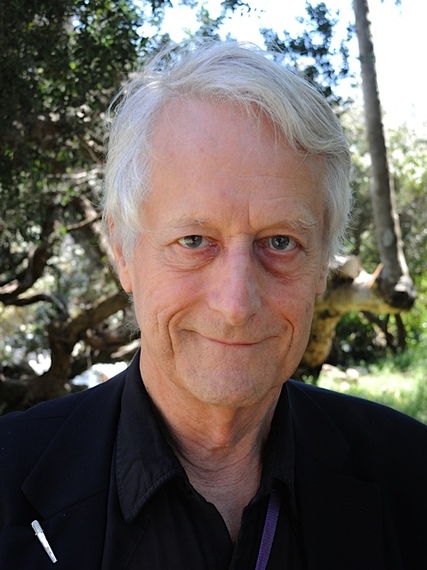 Ted Nelson wanted to change the world and the way we see, access, and connect information. He wanted us -- still wants us -- to engage with the complexity of knowledge.

I first met Ted Nelson about a year ago and found him utterly engaging, full of youthful spirit in his mid-70s. He remains just as enthusiastic about the world around him, about information technology, and about a future of possibilities as he was when he wrote Computer Lib. In fact, he is still working on Xanadu, his hypertext document system. Nelson's tenacity is unparalleled.

Ted Nelson is a longtime life-logger, preserving decades of personal and professional interactions by wearing a recording device around his neck. Though it's an odd project for most of us to envision doing ourselves, it's something with which several computer visionaries are experimenting in order to explore the meaning of digital memory, archives, and lives. In some ways, then, this project is also part of his larger investigation of interconnection, memory, and knowledge, and it's emblematic of how he views himself as a human being in the world.

Ted Nelson is also a storyteller. I had the opportunity to co-teach an honor's course with him last fall. In "Cinema of the Mind," our students heard about the early days of computer science and the emergence of hypertext and hypermedia -- terms Nelson himself coined in the 1960s -- from one of the guys who'd been in the room for those initial discussions. Our students struggled to imagine a world without personal computers, smartphones, and digital search tools, but Nelson had seen firsthand the revolutionary changes.

Though he's personally disappointed in the way the World Wide Web has emerged and become integral to our relationship with knowledge, Nelson's influence on the many people who have shaped our digital world is immense. 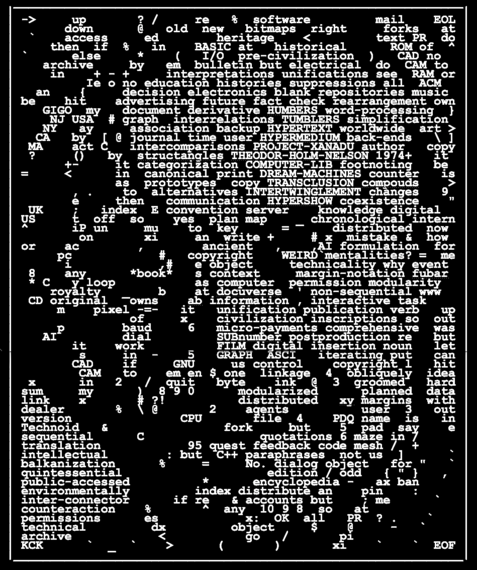 Among the computer researchers and pioneers who consider Nelson's work of great importance in their own thinking and accomplishment are Dame Wendy Hall, a founding director of the Web Science Research Initiative, and Alan Kay, a Turing Award winner "for pioneering many of the ideas at the root of contemporary object-oriented programming languages, leading the team that developed Smalltalk, and for fundamental contributions to personal computing."

On April 24, 2014, Chapman University will host "Intertwingled: The Work and Life of Ted Nelson," a conference to celebrate the anniversary of Computer Lib and to bestow on Nelson an honorary degree. Daniele Struppa, the university's chancellor, says of Nelson:

Ted is a very unique individual -- he formulated his ideas before the world was ready to understand them, but that has not deterred him from continuing to believe in a different future for the world of computing. Irreverent, and yet tender, he is the modern high-tech version of Don Quixote, and I say this with the greatest admiration for the immortal creation of Cervantes.