I am watching a vampire movie -- with a real-life vampire.

So is the rest of the audience the Boedecker Theater at the Dairy Center for the Arts in Boulder, although none of them knows it.

Like Edward Cullen, Bill Compton and little Claudia in "Interview with a Vampire," the vampires we watch in the film "Only Lovers Left Alive" aren't real.

But thousands of people nationwide identify as the real deal, including at least three dozen other locals and the young man with whom I'm sharing a box of Hot Tamales.

That's what brought me here to begin with. Not the candy. Self-proclaimed vampires. 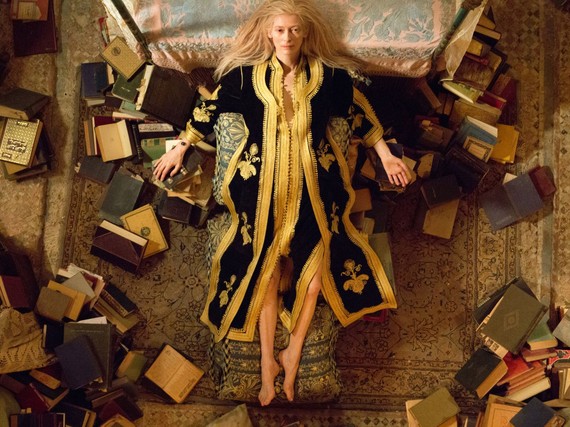 A still from "Only Lovers Left Alive."

The theater invited me to run a discussion about vampires after the film, and in light of Halloween. I do not live as a vampire. But I met a handful of people who do several years ago when I wrote a story about this unusual subculture.

While working on a story about the umpteenth "Twilight" film, I had accidentally stumbled across a Meet-Up group for Colorado vampires. Not a vampire fan club. A group of people who practiced vampirism as a lifestyle -- a "condition," many called it.

That's where I met J, the now-19-year-old Boulder County vampire who asked to not use his last name, for the same reason he did not walk into the theater and loudly proclaim, "I am vampire!"

The misconceptions. The judgment.

That's what brought him here tonight. He wanted to refresh my memory, since the last time we talked in 2011.

I was preparing for the talk-back when I found about 40 pages of notes and chats that I had never used, from my original interview with J.

Me: What is your interest in vampires, and do you believe that vampires exist among us?
J: I have no wish at all to sound grandiose in my response to this, so I'm going to be as down-to-earth as possible. I am vampire, vampires exist and I know many others who share this condition.
Please for a moment forget all that comes to mind when you hear the "V" word. Definition is the key. A vampire has a physical need to take in life energies from an external source for his or her well being and personal health.

There was the answer to the question why, which Hollywood and even artistic flicks like "Only Lovers Left Alive" have all but avoided.

As J explained, many vampires believe all people have energy. Many martial artists, yogis, meditators and energy workers believe this, too. Some call it prana or chi.

J: When I go too long without taking in more energy to make up for what I lose, it is not fun at all. My immune system will gradually get weaker, I feel lethargic and often get very bad headaches.

And blood is an "extremely potent source of human prana or vital energy," he explained.

For several months, he said he consensually consumed blood, from his girlfriend, and in a sterile way: carefully drawing blood out with a disposable razor blade. It gave him an energetic rush, he said, but he eventually stopped doing it.

Only between 12 and 17 percent of vampires drink blood, according to the vampire research group, Suscitatio Enterprises. Most are energetic vampires, or a hybrid of the two.

Me: And you are not "made" a vampire? You are born one?
J: Correct. However, temporary vampires can be created. This is called a sympathetic vampire. It's not a condition anyone would want, though.
Me: I have 90 million questions for you.

I wondered if the audience at the Boedecker would, too -- questions that I wouldn't be able to answer. On a whim, I messaged J. I expected nothing.

He responded right away.

He said he'd meet me at the theater; he'd love to watch the movie. Plus, a lot had changed since we last talked. 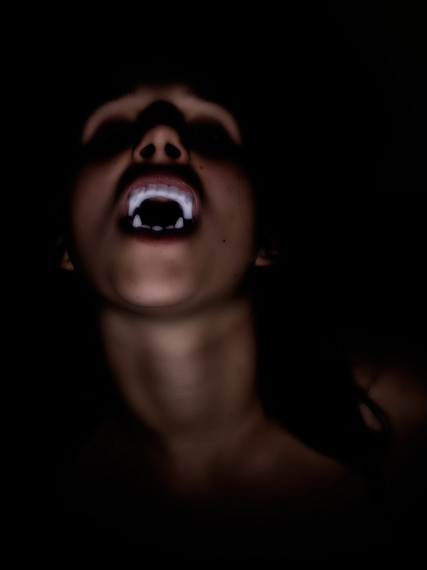 "You should lead the talk-back instead of me," I whisper to J, as the credits run.

He shakes his head.

"There's a whole lifetime of ethical battles and personal challenges that go into having an energy deficiency," he says.

I think back on an email he sent me years ago:

J: People don't believe because they assume you are making a fantastic and wild claim, such as being undead and super powers, etc. It's hard to explain to someone who instantly gives you zero credibility because of Hollywood's portrayal of vampires. ... The vampire community is something literally hiding in plain sight.

I take the stage to answer questions -- suddenly feeling the pressure of trying to explain the beliefs of a group of people to whom I do not belong, with one of them sitting right in front of me -- and the concept of "hiding in plain sight" becomes literal.

If only they knew. Would they be curious? Condemning? Scared? Would he be able to explain his lifestyle better than me, in a way that would make more sense? Were there other vampires in the audience I didn't know about?

"This is just my interpretation of what I have been told," I disclaim. "An actual condition or not, people in our community live like this."

The audience is curious about the science of consuming blood, the health, the safety, the source of blood. We talk about energy-suckers; you know, those people who drain your energy when you're around them. Could they unknowingly be vampires? I wonder what J would say.

Then he raises his hand.

He does not answer. Instead, he asks.

"Can anybody take my energy? And how can I protect myself?" he asks.

Now I'm being interviewed, by the vampire.

I stumble through concepts he shared with me earlier, about grounding your own energy and being aware of your relational boundaries, and how others are affecting you.

"When you become consciously aware of energy fields, that's the first step in strengthening it," J had said.

Whether it works, or is even necessary, I can't say.

But I can say that I left tonight with my energy -- and my jugular -- both in tact. 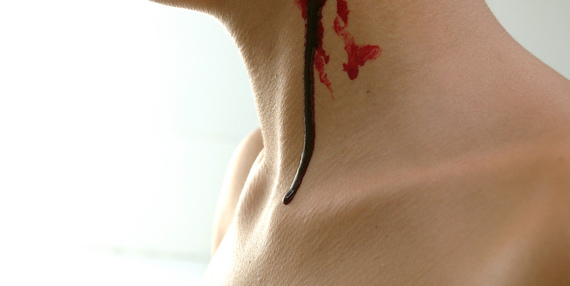 Where is he now?

Since I last talked to J, he says he now studies martial arts and bodywork, which have both taught him how to ground himself, increase awareness of his own energy, heal the "holes," and cultivate more energy through mutually beneficial practices. He says he loses less energy, so his vampire needs are not as strong.

"I'm at a state of peace. I've found a calmness and accepted that I'm more sensitive to energy than other people. I've accepted I have to be careful with my energy and how I affect others," he says.

He's careful to say this is not the story for every vampire. Some cannot change, and some do not want to, he says.

"Often, depleted energy states happen from imbalance, and if you can find the balance you won't feel as drained. But that's not an end all, be all. I don't want to discredit people who need to get energy from other people," he says. "Even for them, it's not about draining other people, but finding harmony and a way to manage your energy."

What is a 'real-life' vampire?
"A real vampire is essentially an energy feeder or blood drinker. While the causality, interpretation and sometimes even the 'proper' spelling of vampirism is debated, vampires are generally individuals who cannot adequately sustain their own physical, mental or spiritual well-being without taking the blood or vital life energy from other sources, often humans."
-- Merticus (full name), with the Atlanta Vampire Alliance and Suscitatio Enterprises 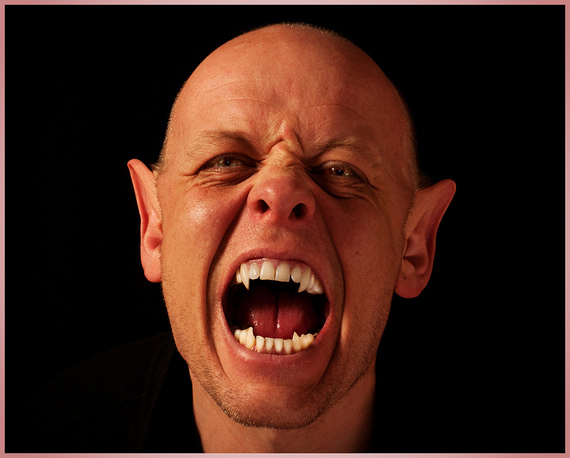 Debunk these myths
Many people who live as vampires say:
They are not immortal.
Vampires don't have super powers.
They follow a code of ethics, so they won't hunt you down in the dark alley and suck you dry.
Not all vampires drink blood.
Vampires can eat garlic.
Vampires are human.
Vampires do not sparkle, and they're not all ice cold.

These stereotypes may be true for some:
Some vampires say they have sensory-processing disorders or are sensitive to intense energy, like sunlight and loud sounds.
Many vampires reported they have been diagnosed with fibromyalgia, which may cause trouble with sleeping.

This article originally appeared in the Boulder Daily Camera.