During my month long residency at Headlands Center for the Arts, I met artist Jeremy Mende. His work is one of several I began having an internal dialogue or conversation with. Check out my interview with him below. 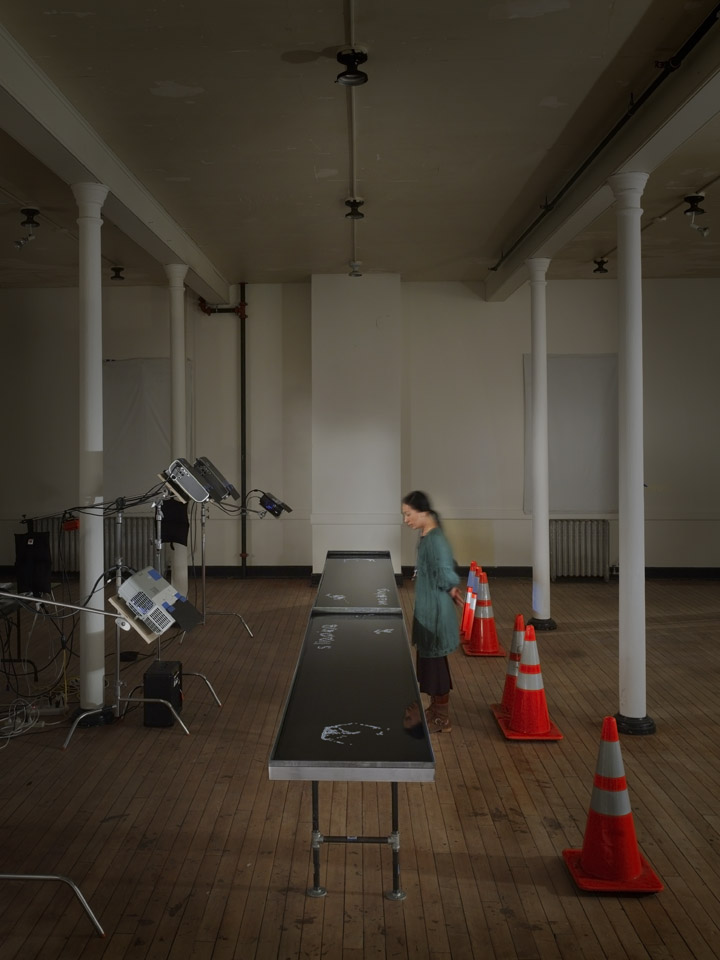 1) Tell us about yourself?

My name is Jeremy Mende and I'm a designer living and working in San Francisco. I come from a psychology background and my work is mostly about creating experiences that reflect people back to themselves.

2) What originally inspired the project you have at the Headlands Center for the Arts?

I think a great deal about what it means to be moral today. Our society has enjoyed a level of prosperity that has trained us to become a self-indulgent culture, yet for several decades now we have been confronted with overwhelming evidence that our current way of life can't continue: peak oil, climate change, the global economic crisis, overpopulation. A moral position today would be to deny the consumptive instinct that privileges the self. Real sacrifice, however, does not appear to be something we understand.

An awareness of the massive issues that face contemporary society puts us somewhere between the self and the collective - and I believe our efforts to reconcile the two create a kind of internal dissonance. Both the self and the collective are essential to our well being but they are also very much at odds. For the Headlands I wanted to create an experience that would remind the viewer of their place within this paradox. I wanted them to sense the precariousness of their position as well as their fragility under the weight of this contradiction. Ultimately, I wanted each viewer to sense the depth to which they are woven into a much larger, and compromised, natural system.

3) What are the contexts you prefer the work to be experienced.

I try to make things that lure people into seeing themselves without the layers of image we've learned to generate. I think we've become too cynical for straight messaging, and expressive form is often too ambiguous to have real impact. For those reasons I'm looking for ways to directly involve the viewer in the generation of the experience. The fact that they co-create the experience means that the resulting work is part of them, an authentic expression of their consciousness, and therefore harder for them to ignore. This thinking is what lead me to consider biorhythm and sensing technology. 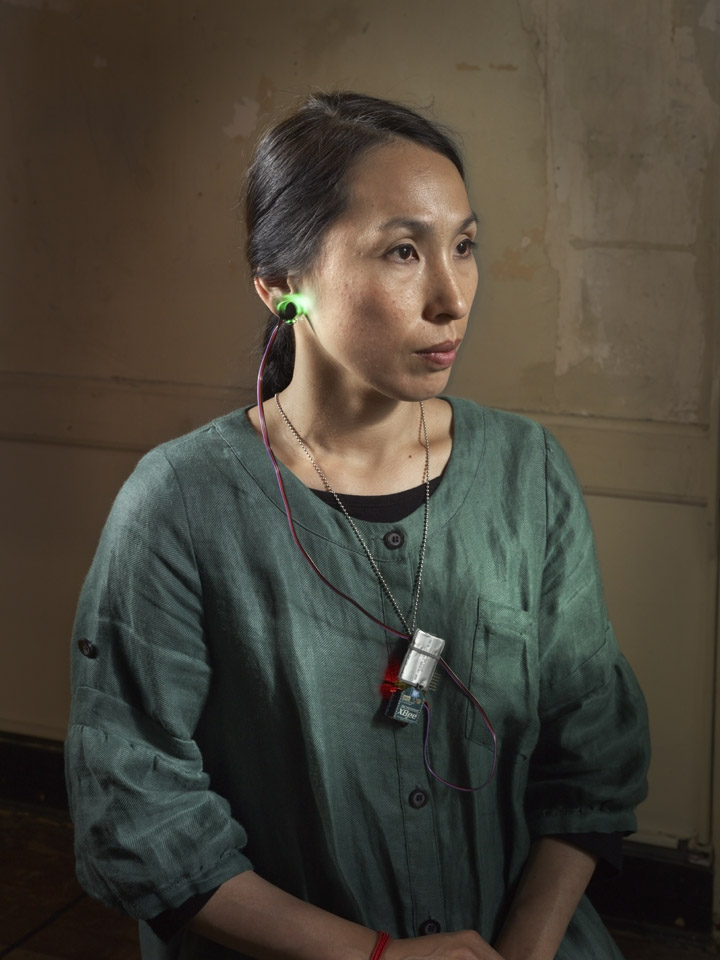 4) The project has plenty of mysticism and technological aspects to it. On one hand, it seems to be spiritual based. On the other, it seems rooted in science and technology. You also mentioned a lot of what is experienced is based on the participant's interpretation. Can you elaborate?

The piece is called "Narcissus" and it uses a wireless sensor to capture a viewer's pulse. That viewer hears their own heart beat and watches that same rhythm drive a series of animations. The animations are representations of an organism - a simple group of cells or, perhaps, an entire community. The animations appear within a long, black reflecting pool filled with 26 gallons of spent petroleum.

The organism moves according to the rhythm of the viewer's heart. Over time its motion resolves into short phrases, fragmentary poems that suggests the dissonant extremes we attempt to reconcile: self vs. society, indulgence vs. sacrifice, ambiguity vs. dogma, engagement vs. escape. The phrases themselves and sequence they appear in are also based on the viewer's heart rhythm, so each visitor's experience is unique.

The reflective nature of the petroleum makes the animations appear to swim across the black surface. The oil is a significant part of the installation because it is both a critical factor in our globalized economy as well as a natural byproduct of carbon-based life. Petroleum is concentrated carbon, the resting state of living organisms that died a million years ago. When the viewer sees their metaphoric reflection in the pool, they are essentially looking back in time, seeing themselves within the larger contradictions of life/death, organic/toxic, purity/contamination.

At the same time the piece functions as a kind of oracle - telling us something elemental about ourselves - who we are becoming in our efforts to escape the larger organic body we are a part of. 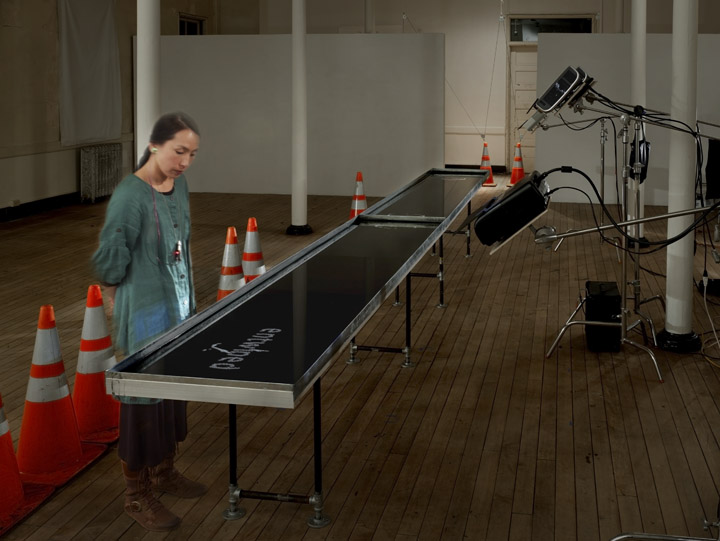 5) What has been the response?

People find the experience very mysterious, and in some cases frightening. Hearing your heart makes you feel exposed and uncomfortably aware of your mortality. The heart rhythm is often thinner and more uncertain then people expect, creating a palpable state of anxiety. The motion of the cells, however, is very hypnotic and anxiety often gives way to a meditative focus. When the phrases appear in the oil, pulsing in sync with the viewers heart, the words are interpreted as extremely prescient. They seem to describe the emotional state the viewer is in at that moment. People see the installation as somehow knowing something deep and elemental about them. It is a very intimate moment to communicate with them and it therefore leaves a lasting impression.

6) After the residency is complete, what is the future for this work?

I'm not certain how this work will evolve. I'm very drawn to the idea of an installation made for one person at a time. You come in, I read you a short text to introduce the soul of the work, and then it is yours. It's a bit like a film, written by and projected onto your amygdala, the pre-social, emotive part of the brain - the being you are before culture and socialization. Communicating with people within this very intimate space appeals to me and I'm looking for venues to show the work that embrace the preciousness and singularity of this kind of experience.

------------
Narcissus was produced through a collaboration between Jeremy Mende and Bill Hsu. The installation was made possible by grants from San Francisco State University and California College of the Arts.