Randy Radic contributed to this interview. 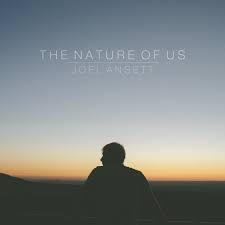 Joel Ansett is a singer-songwriter who creates what I call 'soft-pop' music.
Musically, Ansett sounds a lot like Jason Mraz. His music is pop-soft, balanced and conveniently listenable. Ansett's music is smooth and peaceful. I had the opportunity to sit down with him and discuss his music and other related topics.

What is the most trouble you've ever gotten into?

Ha, that time I decided to try and support my family as a musician.

What are the five things you can't live without?

Currently it's a U2 song called "Every Breaking Wave." Gotta be the live
version though; Bono absolutely belts the chorus in the live version and
I try and match his volume when I'm alone.

Well my Mom loves mo-town so my earliest musical memories are of
listening to The Temptations while we cleaned the house. I started
playing guitar when I was 13 and my older sister would write poems every
now and then. We both sang in our high school choir as well, so we
combined all our efforts and wrote some songs together through high
school. About then I started listening to Death Cab for Cutie and really
fell in love with songwriting. I continued writing through college and
was met with enough success that after graduating I decided to try and
pursue writing and performing full time.

What kind of guitar do you play? And why?

I play a Larivee and a little Recording King. Not super well-known
brands but I really love them. The Larivee was a gift from my parents
for my 13th birthday, and the Recording King was a high school
graduation gift. Great guitars. We've been through a lot together.

What musicians/vocalists influenced you the most?

In my review of your album, I described your musical style as a mixture
of pop and R&B. How would you describe it?

That's a good description, I usually add folk in there and say
folk-pop-R&B. A bit of a mouthful, ha. I spend more time on lyrics than
anything else so my roots really are in the folk world; it just doesn't
always translate that way sonically.

All over the place, but most of it for this record came from nature. I
moved to Denver, CO last year and spent more time in the great outdoors
than I ever had before; so you'll hear nature references and metaphors
all over this record.

What is your songwriting process? Does the music come first and then
the lyrics?

There's no real normal. It's a mix and match process for me. I'm always
working on lyrics here and there, just jotting down notes from the day;
and then I'm always making voice memos of chord progressions and
melodies. When I sit down to write I have all this content and I just
start mixing and matching ideas, piecing things together and tinkering
until I find something that I love.

So far, has 'The Nature of Us' been well-received by the critics?

It has been received well so far, which is obviously encouraging. I
never want to put too much weight on that though. My motives get so
easily twisted up, I need to be careful with not getting too high or too
low based on any reviews. If I defined my success based on approval
alone, I don't think the music would be headed in a great direction.

It's presumptuous to ask at this point, but are there any new songs on
the drawing board? If so, when do you plan to go back into the studio?

Yes, definitely. There are always songs on the drawing board for me. My
wife and I are having a baby coming up here so I'm working on a few
lullabies that may just turn into an EP. I've been back in the studio
working on a new project with a friend from college, and I'm also
working on new material with a local producer here in Denver. Always
working on new stuff, haha, can't help it.

Have you ever considered doing something out of character? Such as an out and out hard rock album? Why or why not?

Love this question; I really would love to start doing more things "out
of character." Not necessarily hard rock, but who knows. I'm learning
how great of a thing it is to stretch my own boundaries musically, even
if it's uncomfortable for myself and others. I'm thinking of Sufjan's
Age of Adz where he just completely dove into the electronic world. He
just stayed there for one record, but after that I think he understood
how best to use those types of sounds. It sort of became a part of him
and then he went on to use bits and pieces of electronic sounds in later
releases in a very tasteful way. So he did something out of character
and then it became part of his character in a subtle way, making the end
result more rich and full I think. Would love to follow that example.

When recording, do you utilize session musicians or do you have your own
band?

For this last record, we hired studio musicians to play the songs; but
now that I'm settled in Denver, I'm building a band that's hopefully
going to be the regular crew.

I'm guessing that making it in the music world is difficult. What has
been the hardest part for you, so far?

Honestly, for me it's staying disciplined. My daily schedule is so
sporadic and I think as an artist there is this subtle lie that you
should just go with the flow and be "artistic," be in the moment, and do
what you feel. For me, that mindset hasn't been much help and I'm
starting to crave routine and structure. I'm wanting to build myself a
foundation of routine and process that will set me up for long-lasting
success. So most of the difficulty for me right now is really a personal
struggle with my heart and my habits. I'm trying to crush my own will in
a way; and mine is pretty stubborn so it's been a battle to stay
disciplined and keep creating even when I don't feel "inspired."