This is the first in a series of interviews of gallery dealers.

I was once given the advice to see gallerists as artists and that their gallery program is their art. In that spirit it occurred to me that it would be interesting to have conversations with various dealers about what makes them tick- how did they get into the business? What keeps them going? What are the rules and guidelines they have set up for themselves and how have they changed and evolved in time? How do they select the artists they exhibit and how do they relate to artists, the general art viewing public and art buyers? It's apparent that there are all kinds of galleries- that various dealers have gotten into the business in all kinds of ways, from all kinds of directions and for all kinds of reasons. There do appear to be a small handful of unwritten art world guide lines, but beyond that there is no clear path or way to enter into the art world, as an artist, as a collector, or even as a viewer. My purpose is in part to demystify this aspect of the art world, to the degree that these conversations can, and to humanize the sometimes confusing relation between artists and art dealers that is often fraught with projections of authority and power.

For these interviews I'm working from a set list of questions with some variation depending on the direction of the conversation. 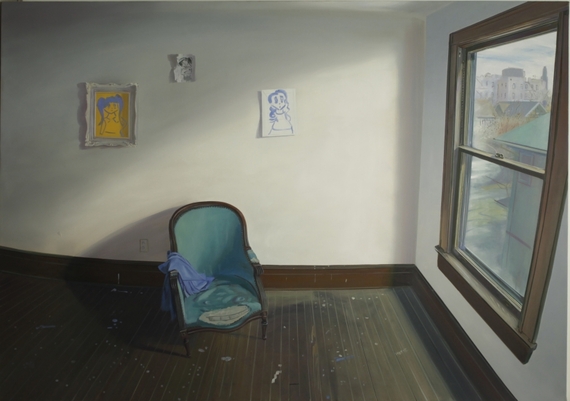 WK: How did you become an art dealer?

GA: I knew I wanted to be a painter by my junior year in high school. I went to Skowhegan and spent two years at Carnegie-Mellon before I realized I wasn't cut out for it, for me the studio is a really lonely place. I transferred to Sarah Lawrence to major in art history; I wanted to be back in New York, and they had a great museum internship program. I had already spent a summer interning in the Education Department at the Metropolitan so I took an internship at the Whitney. I stayed for six months and I loved it - but I soon realized I didn't want to be a curator, either. Patterson Sims, who I worked for, convinced me to take a position in a gallery, so I did that instead. Then about a year or so later he encouraged me to interview with Allan Frumkin, a well-known and formidable figure in the art world. Allan hired me with the understanding that I would stay for at least a year; I started as the registrar and receptionist in 1980, became his partner in 1988, and then took over the gallery after he retired in 1995.

I learned a lot from Allan, but most importantly I learned that being an art dealer could be a very thoughtful, intellectually stimulating enterprise, not so much a business as a life. It's from Allan that I learned that the exchange of thoughtful ideas could play a central role in art dealing, that one's relationship with a collector could be based on shared values and knowledge and not only very satisfying but financially sustaining as well. Maybe it goes without saying that I've never had a business plan and never want to have one, either. I want to work with collectors who are interested and knowledgeable, or at least curious about the art they collect as opposed to investors who see art as a commodity or worse, a trophy.

WK: So in a way too, is your role if they're curious or interested there's almost an educational aspect?

GA: Well yes, on both sides. For example I have some relationships going back 25, 35 years, people who have grown as collectors as I've grown as a dealer. At the same time we're growing in personal our lives, too, dealing with other of life's issues, so all of that it part of the conversation, too. The relationship becomes deeper and more meaningful as experiences are shared, the conversation continues and we learn from each other. And that's the glue.

WK: Back to the transactional. For example, how are you dealing with the art fairs, which is now the way a lot of business is getting done?

GA: For me at least it's not about making a deal right at that moment, it's about what happens in the long term. Business is about making deals; the focus is on the transaction, one to the next. But life is a series of experiences that one strings together. Why not run a gallery that way?

However, like it or not, the art world has become increasingly transactional. Collectors have come to rely on art fairs as opposed to galleries to see art because it is efficient: one stop shopping. But that is a Faustian bargain because it emphasizes the buying and selling and not the appreciation of art. And in that sense it's been a bad for artists, for collectors and for art galleries. Unable to attract attention for their artists in their galleries effectively, it's forced dealers to do things that are contradictory notably to spend more money to try to make more money in order to spend more money because art fairs is now where the galleries make most of their yearly expenses. So while supporting the permanent spaces and staff they do have, galleries participate in more art fairs which means more rent - the cost of the booth - and more staff and then they have to focus on artists whose work sells at art fairs. Which does not foster art that is resonant, culturally enhancing, thoughtful, or well made. The emphasis is to sell. None of this makes sense, at least in the long-term, because the focus is only really on the moment. All that said, I sense that there is a growing dissatisfaction with this approach, a fair fatigue, so perhaps things will change.

And then on the other side you have people who are opening galleries because it's a business and, because it is worldwide, it's big business. The result is that there are more dealers and more artists - but not many good artists and good dealers - all competing like crazy. I think the art world is hitting a crisis point. I think art fairs have been bad for the art world in the bigger picture. They've kept a lot of people in business but I don't think they're healthy because the fair environment tends to embrace a short-term view and a leads to a kind of cynicism that promotes celebrity over talent - it's called branding.

The art world is supposed to be about supporting culture, our legacy, but art fairs are really about product. A gallery can't possibly show consistently good work by an artist at six art fairs a year while that artist is also trying to support exhibition programs of one person shows in galleries around the country or around the world. So now the artists are pressured to crank stuff out and the quality goes down. That can only lead to a diminishment of the intrinsic value of art and by extension, Culture. We're poisoning our own well.

What about the artists:

What I found over the years is that artists are increasingly more career oriented - but not long-term career-oriented. Artists aren't looking for a lasting relationship with a gallery; they are looking for a starter gallery or a mid-career gallery, stepping-stones to what they actually aspire to and which often involves a heavy dose of celebrity and rapid financial success. Over the years I've seen too many hot artists who quickly cool and the audience moves on. I don't give much value to "hot" and so it's harder and harder to operate the way I do which is to allow an artist and their work to develop, to encourage them to aim for a very high standard, to build an artist's reputation and their audience, and to keep an eye on the long-term goals.

WK: How do you maintain your passion and love within this?

GA: Well I think that's the hardest thing because all the other noise and pressures do wear you down. But it is still exciting to come across a great artwork, or installing a show that's really satisfying, finding an exceptionally talented artist and working with great artists generally. It's that quality experience, and I don't think the appreciation of it ever goes away. The challenge is trying to keep an eye on the quality of what you can find in the art world. When I go to a gallery or a museum or a studio and see great work it is tremendously satisfying. I try to remember that is what is important and try not to get too distracted by the things that aren't important, like the hype, the pettiness, the pretentions, even the financial pressures. 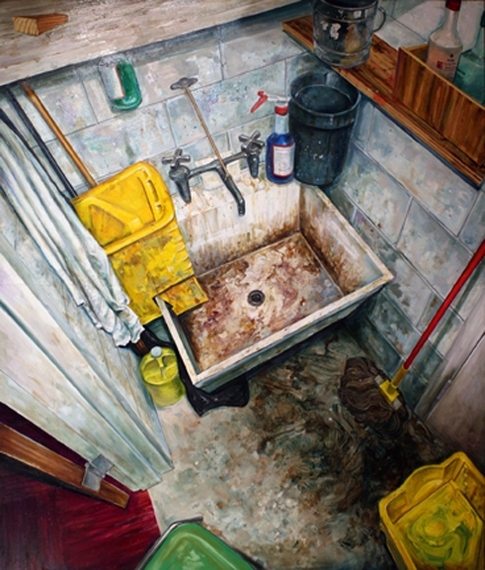