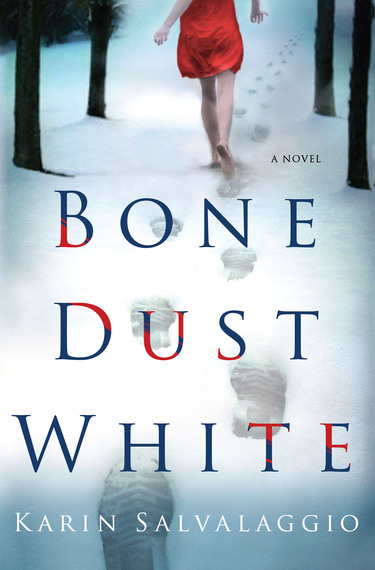 Karin Salvalaggio is an exciting new voice in crime fiction. Bone Dust White has been called a "first rate debut" and she continues to receive critical praise for her heroine, Detective Macy Greeley. In our interview, Salvalaggio discusses her inspiration, her approach to writing, and how growing up in an Air Force family impacted her writing career.

Tell us the story behind the story. How did BONE DUST WHITE come to be?

Bone Dust White started out very modestly. It was to be a short story. I was heading home to west London on an underground train. It was late and I'd spent the evening with writers. My head was full of wine and ideas, which is a brilliant starting point for any tale. I have a notebook that I keep with me for such occasions. I wrote a few pages on the way home. At the best of times my handwriting is barely legible, but what was written on the page didn't matter because Grace's character and the story's setting had already taken hold in my mind. A young woman witnessing a crime she doesn't have the emotional maturity to comprehend would be the starting point. Before I knew it, I'd written nearly 30,000 words.

This was no short story. I'd stumbled onto something that interested me and I was compelled to keep going. The novel evolved dramatically with each reworking. With every new layer it became darker and more complex. Over time the characters and the story grew into something that felt very real to me. There are three fully formed protagonists whose storylines overlap in unforeseen ways. Detective Macy Greeley's point of view was a relatively late addition to the mix and I'm so pleased I gave her a voice. As an outsider, she is the character the reader identifies with most strongly. She also features in the sequel, which I'm in the process of writing now.

What was the most challenging aspect of writing BONE DUST WHITE?

Bone Dust White was a challenge because I started writing without having a clear sense of where on the shelves it would be placed in a bookshop, which meant I had to do a great deal of editing. The thriller genre should never be taken lightly. Reveals have to be timed perfectly, flashbacks slow down the pace and key characters can't know too much if you're writing from their point of view. I write in a very organic fashion so there were many times that I had to weave entirely new subplots through the book from beginning to end. It was worth the effort as it created plot twists even I didn't see coming.

I was absolutely passionate about the project so I worked harder than I ever have in my life. I now believe that the only way to learn to look at your own work objectively is to struggle through a series of rewrites. I was fortunate to working along side Felicity Blunt, my agent at Curtis Brown, who has brilliant editorial instincts. After signing with Minotaur Books my editor Matt Martz took over. In the end I feel we achieved something very unique.

Describe your writing schedule. Do you outline? Any habits?

I probably do my best writing in the morning, but if I'm on a roll I will work throughout the day and night. I get up, make coffee, fire up my laptop and sit down at my kitchen table where the light is lovely and there is a nice view of the garden. I work for a few hours, but will intermittently check in on social media, graze and take my dog for a walk. In the afternoon I'll go to my local café for a couple of hours where I at least have the illusion of companionship. It can be noisy, but once I'm in the flow there is very little that can distract me. I tend to listen to Kings of Leon as the mood and rhythm of their songs suits my writing style. I don't draw up an outline ahead of time, but I did design a rather complex mind map for Bone Dust White. This was a very handy visual that made communicating with my agent much easier in the early days.

Did growing up in an Air Force family influence your writing?

I believe my nomadic upbringing had a huge influence on my writing. With every move I had to start all over again. It could be lonely at first and I think I relied on my imagination to see me through some difficult times. I also read voraciously. Borrowing library books was free and I took full advantage of this uniquely democratic access to literature. I grew up before the advent of social media so when you said goodbye it really did mean forever. Amongst military children it was understood that this was the way the world worked. I lost touch with some people I cared for deeply. I sometimes wonder if I try to refashion them through my characters.

What books are on your nightstand? What are you currently reading?

There is a rather eclectic mix at the moment - Don't Look Now and Other Stories by Daphne du Maurier, On Writing by Steven King, We Have Always Lived in the Castle by Shirley Jackson, Dusk and Other Stories by James Salter, Beasts by Joyce Carol Oates, The End of the Wasp Season by Denise Mina, Carthage also by Joyce Carol Oates, and The Farm by Tom Robb Smith. I'm currently reading a collection of short stories called Karate Chop by the Danish author Dorthe Nors.

Which authors inspire you?

There are so many, but those authors who most directly influence my work are Joyce Carol Oates, Carson McCullers, Shirley Jackson, Cormac McCarthy, Alice Munro and Daphne du Maurier.

What have you learned from this experience?

I've learned that there is no getting around the amount of time and energy it takes to write a novel and even when you're finished there are no guarantees that it will ever see the light of day. I learned to listen. I learned to create compelling characters. I learned about the importance of choosing point of view. I learned to throw away entire chapters that didn't serve the narrative, discard characters that were superfluous and rid the manuscript of hyperbole. In short I learned that every word in my novel had to earn its place.

What is your advice for aspiring writers?

Aspiring writers should never be afraid of getting it wrong, tearing it up and starting over again and again. I think some my best work comes when I'm feeling lost on the page. There are times when I wished I used outlines, as it's probably more efficient, but I don't want to know how my book is going to end before I've finished writing it. I want to be as surprised as the reader. It's not an easy approach. It requires a lot of backtracking and I can't begin to imagine how much material I threw away while writing Bone Dust White, but the most powerful scenes in my book were written when I didn't have a clue where I was going or what I was trying to achieve. I was just writing. There's so much joy in letting go. Never lose that. It's what makes what we do so pleasurable.

While I was a student in the MA course in Creative Writing at Birkbeck, London, Julia Bell gave a lecture entitled 'The Territory of the Strange Room'. She pointed out the dangers of what she called the 'anxiety of influence'. Trying to emulate established authors isn't something she recommends as it 'puts you at the bottom of the food chain of genius.' Instead of 'getting lost in the work' the writer worries too much about what they 'should' be writing. One of the biggest issues I had to overcome was that I lacked self-belief. Not only did I feel unworthy of writing a proper novel that could sit on the bookshelves alongside the work of my heroes, I didn't feel qualified enough to be on a Creative Writing course. Self-belief was hard won. I worked nonstop. I went to events where I could read my material aloud to an audience. I joined a writer's group where my peers critiqued my work. With time my confidence grew and I eventually found a territory and voice that were unique to me.

I've been busy writing the yet to be named sequel to Bone Dust White. It's set in the Flathead Valley, but this time it's high summer. A young army veteran, who's served his country in some of the most dangerous places in the world, is gunned down in his hometown of Wilmington Creek, a sleepy ranching community where there is little crime. Detective Macy Greeley is reluctant to take the case. She's been struggling to balance work, motherhood and an increasingly fraught relationship with her boss Ray Davidson. Her nerves are shot and she has to fight hard to stay focused. It doesn't help that the heat is oppressive, an arsonist is setting wild fires, and the victim's friends and family are keeping secrets. When an undercover officer, who's been investigating a member of a private militia turns up dead, the scope of the case widens further.


Joan Didion famously explained that she writes "entirely to find out what I'm thinking, what I'm looking at, what I see and what it means. What I want and what I fear." Why do you write?

My characters are a reflection of the hopes, desires and fears that exist in all of us. Writing allows me to explore the full range of human emotion. The world in my books is solely of my creation, but it's never been about control. It's always been about empathy. I want to inhabit the minds of my characters regardless of how distant they are to me emotionally. Through them I come to know myself better.

KARIN SALVALAGGIO received in MA in Creative Writing from Birkbeck at the University of London. Born in West Virginia and raised in an Air Force family, she grew up on a number of military bases around the United States. She now lives in London with her two children. Bone Dust White is her first novel. For more information, please visit Karin's website. 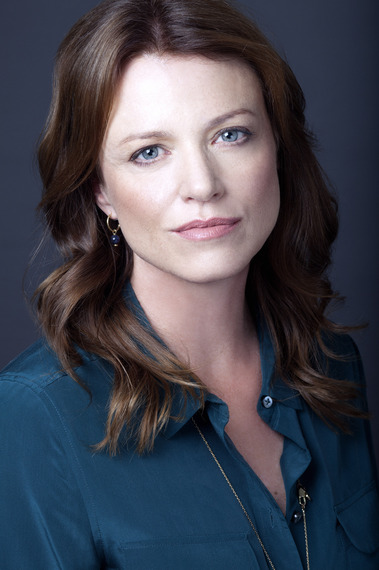