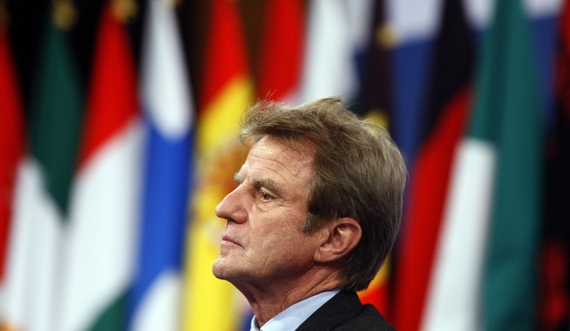 It is difficult for personalities with such prolific lives as the doctor and French politician Bernard Kouchner (Avignon-1939) not to provoke admiration and controversy. His political life, apart from the legendary May of '68, developed through his ministerial positions in the governments of Mitterrand and Sarkozy, demonstrating his independence. Moreover, he has been a UN Special Representative and Head of the United Nations Interim Administration Mission in Kosovo (1999-2001). He has also published numerous books, articles, and essays. But the most outstanding accomplishment is his humanitarian work started in 1968 when he traveled with the Red Cross to Biafra, Nigeria. This experience moved him very deeply, leading him to establish the non-governmental organization, Doctors Without Borders (1971), which made him worthy of winning the 1999 Nobel Peace Prize. In addition to this accomplishment, he was also the founder of Doctors of the World (1980). Kushner has been present since the beginning of many great natural and political disasters in the world by assisting and alleviating the pain of the civilian victims of both wars and catastrophes. 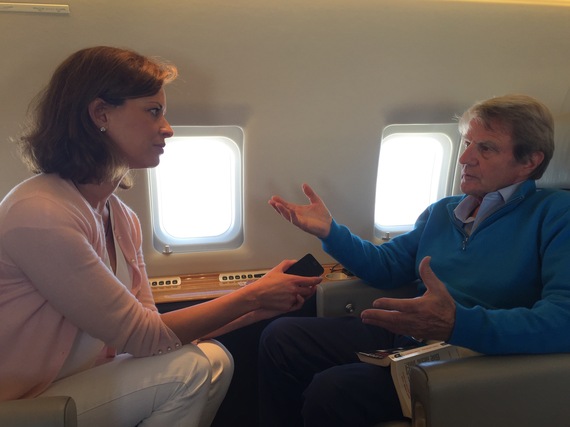 Elena Cué: We are flying over African territory, where everything started. What do you think the future holds for Africa? Bernard Kouchner: The future of Africa is certainly a big transformation, a big change, a big jump in the 21st century. First the population of Africa is important. We know that two billion will come in the coming century -- before the end of the 21st century, so a very big potential for people. Will it be possible to educate them enough, because of the number of them? Yes, I hope it will be done by an international effort.

E.C: In 1979 you chartered a hospital ship, that was named Ile de Lumière, with a mandate of helping political refugees to run away from the communist regime of Vietnam in smalls boats. Do you think the Île de Lumière would be a utopia today given that thousands of Africans throw themselves to sea in search of a better future?

B.K: Yes. Formerly, we were talking about how, over the rest of the century, Africa is changing. But today, the most important question for them, and for us in a way, not the only one but an important question -- is migration. What are we supposed to do, facing migration? First, we cannot stop the flood. It will take time, it will take years and years. Because the people there are not coming to us -- to Europe for the pleasure of the country, they have to because of the poverty, the misery. They are fleeing out of misery. Out of misery, because there is no future -- no immediate future -- for their families. They have to feed their families. And in some countries like Mali, it is culturally necessary to leave and to go to France. And there are places where, if you're arriving at the age of being an adult, you have to leave and find a job to send money back to your family. First point: They are not coming to please us, or to fight us. They are coming because misery is high, immense. Second, the TV representation for them, they believe that arriving in Europe they will find a job immediately and become rich, but this is not true. Because we are crossing a big crisis. And even in our country, unemployment is a big problem. So unemployment and migration, this is very difficult. We should nor confuse the migrants,general speaking, and the asylum seekers. Those people leaving from a war, a dictatorship, those who cannot come back home without risking their life, being jailed or tortured should be accepted, along the terms of the Genova convention (1951). We are talking here about economical migrants, not protected by Geneva Convention.

But first, we cannot mix even if it is impossible we cannot intellectually, in consideration of the people dying in the Mediterranean Sea. We cannot say "yes, but there are 11 migrants," all migrants are fleeing for economical reasons and not political reasons. They are illegal, so we should rescue them. This is a moral obligation. This is very difficult to explain to the people and that's why, as we are refusing massive migration, the people believe that we shouldn't save the people. Some of them believe that we don't have to send them a rescue belt or a rescue jacket. No, even if, after they come to Italy or to France or to Spain, we cannot just let them die.

So, the first answer should be coming from Europe -- we have to share the burden, not to let them stay in Italy by thousands and thousands and 10 thousands. No, we have to share the burden and we need to answer the proposal coming from the new commission -- The Russell Commission. And this is absolutely no-one. The 28 countries have to change. And the proper numbers -- I remember from my country it was around seven thousand people. It is not so large! We are 67 million now. So we have to share, all the 28 countries.

The second answer is sharing the burden, not letting the Italians accept all the numbers. And after, according to the Schengen Law, to cross the border and to be joining, say, Sweden, etc. That's my answer. We should see this complicity of murder, not helping them in the sea, second, immigration is a problem. Do we have to change with a new answer of the general convention? I think so, it will be very difficult, but we should do it. 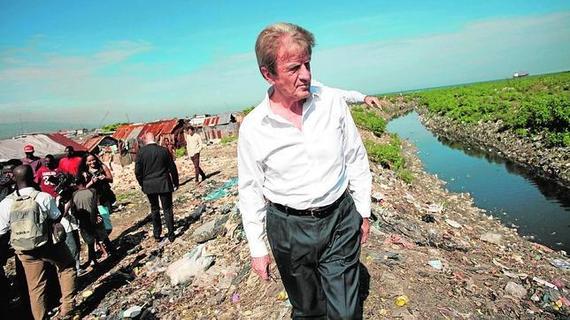 E.C: You named ISIS. What do you think is the future of ISIS?

B.K: To make a long story short, I think that we will get a new state somewhere between Syrian territory and Iraqi territory, because they already suppress the colonies at the borders. It's up to the local population to fight against them, like the Kurds did. And I'm very confident with the Kurdish way of fighting against DAISH. But we, and this is a must, should help the Kurdish people to fight against DAISH. We tried -- the Americans more than us -- but we tried. We were involved in Iraq, we were involved everywhere, but it was not a big success. The poor Americans, they lost all the wars! Vietnam, Afghanistan and, of course, Iraq. So this is not a solution for us -- to send ground troops -- certainly not. Not ground troops, at the moment.

But if there were a real invasion, the answer of bombing the country like the Saudis did in Yemen, was another failure. They were killing the population more than the soldiers. We have to consider the internal battle between Shiite and Sunni people. DAISH is now, unfortunately for the victims, killing Muslim people. Even if the danger is a world danger, they are killing Muslim people, so the Muslims they should react -- with our help. But their future? I don't know. I think there is no future for people as brutal as they are. I was very impressed when I went to Syria a few months ago to see a Kurdish woman fighting as a commander-in-chief in the city of Kobane. She was the commander of a thousand men and women, and they resisted to DAISH, and they won! With a bit of help from the French people, and much more massively from the American people. We'll see, I think that Bashar from Syria will not resist any more, I think that he will be replaced by another. The problem is Iran also fighting against DAISH. Iran is a Shiite country fighting against ISIS -- Sunni people, and this is a vicious circle.

E.C: In 1971 , from "Doctors without Borders" you became a strong advocate of the concept of humanitarian intervention in order to protect civilian population from a sovereign state in countries which were unprotected and faced civil war, famine or genocide. Do you think this has been effective? What areas do you think could be improved?

B.K: Sometimes it has been effective. Like in Kosovo and Bosnia. Sometimes it has been negative, like in Iraq. We convince the UN system to vote in favour of the French resolution on the right to intervene. Because the right to intervene, according to my experience, was necessary to prevent war. But we never succeeded in preventing, except in Macedonia. In Macedonia in the middle of the Balkan war, we sent just a few hundred, and mainly Americans. We stopped the fighting, it was mainly by prevention. But for the rest, it's always too late when we intervene, it's always after the massacre.

So I think that with the future of the right to interfere in protecting the people against massacre, unfortunately we were always waiting for the massacres and then we reacted. It was not always successful, not at all. Is Libya a good intervention? To protect Benghazi, the second city of Libya, against Gaddafi's violent bombing by tanks, the right to protect the population is not binding and living at all. We had to have an agreement with the borders, and to stay and aid the people, with the agreement of the UN system. The right to interfere should go through the Security Council. Without a world agreement, any agreement is always coming from the only respectful international body, which is the UN.

So I think there is a future for that if we are able to tell the people there is a risk of massacre somewhere, let's try to stop the fire first. This is very, very difficult. Otherwise, we will be witnesses of massacres everywhere. Was it possible to protect the people in Iraq? Yes, it was the first success to get Saddam Hussein out. But after that, Shiite were the majority in Iraq, so Maliki was chosen after Allawi, who was elected as a secular guy. Maliki used the Shiism to get revenge on the Sunnis, so another time where it was not a good example.

Is there a good dictator? This is a false question. Because of course it appeared, for the people, to calm down the situation, but it will not work for eternity. But was it better? My answer is no, but the answer of some is, 'look, people were much more happy with the dictatorship'. The eternal question: For a doctor, and don't forget that we were medical doctors. Medical doctors cannot accept massacres, just cannot. But that's why, for me, the humanitarian conception is always a bit political. Protecting the people is political and of course, the humanitarian access is difficult. My answer is: Yes we have to protect, yes we have to act by prevention and, yes we have to act by information and education.