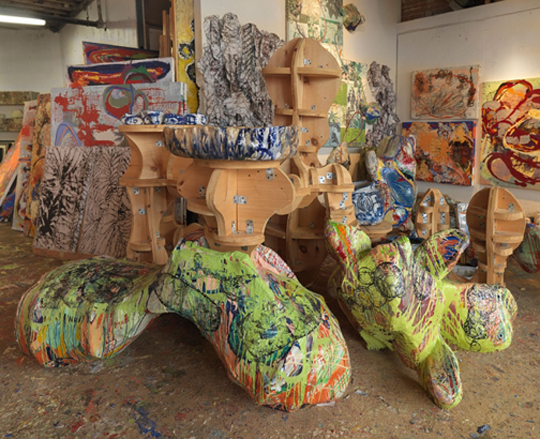 Many who love art and enjoy experiencing it at museums, galleries and nonprofit art spaces have little idea that those experiences would not be possible without the efforts and contributions of curators, gallerists, art installers and others working behind the scenes.

I met Camilo Alvarez, the owner of the critically acclaimed and beloved art gallery Samsøn, because all my artist and gallerist friends in New York told me it was the place to see in Boston during my time there in 2007-2008. A friendly, "hip-but-unpretentious" fellow with serious smarts, Camilo traverses many worlds. In recent years at Art Basel Miami Beach, I have run into him at places as wildly different as the fancy rooftop bar where he was entertaining ICA/Boston board members and the crazy karaoke dive bar in the basement of the Shelborne. Equally adept at working with artists and collectors, he exhibits art that is challenging, serious and provocative.

(Note: The following is an excerpt from the full interview, which is available at: www.juliechaeprojects.com). 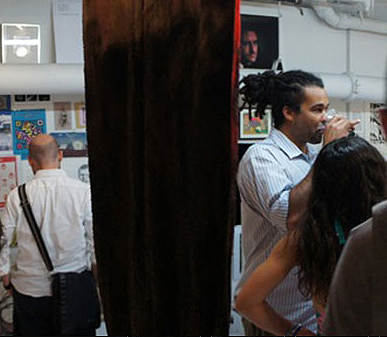 Julie Chae: When did you decide to open a gallery?

Camilo Alvarez: I can't recall the exact moment I decided to open a gallery, but I do remember when I decided I wanted to work with art. I was on a high school (Walton in the Bronx) trip to the "Basquiat" show at the Whitney and I remember seeing how activated my classmates were.

JC: Bronx schoolkids on a field trip to a Madison Avenue art museum! And what was going on?

CA: These were rough and tough kids from the streets and "third" world countries, awestruck by what they saw and amazed by the maker. Spontaneous conversations among timid teens, hard thugs and well-heeled strangers?! I knew I wanted to help perpetuate more reactions and situations like that.

JC: Is this why you decided to go to Skidmore?

CA: Yes, Skidmore had a great library and an ambitious art program. I studied Art and Art History there. I knew I wanted to get as much behind-the-scenes action as possible.

JC: And what other kinds of experiences have influenced your thinking about art and what you want to do in the art world?

CA: After college, I went back home to work for artists, galleries, art delivery companies and museums, including Exit Art and Socrates Sculpture Park, among other places. One of my favorite jobs, or positions rather, was at an artist residency, the Skowhegan School of Painting & Sculpture. At Skowhegan, I was the Program Associate, which meant I was in the NYC offices most of the year and then at the actual residency and studios in Skowhegan, Maine, for 9 weeks in the summer. It's magic up there. Besides the history of the place, it's also at the forefront of contemporary art because its Board of Governors is made up of all accomplished artists. They provide a strong stewardship. I'm currently going for a Masters. Museum Studies. Harvard. Yes. All these faces and places have most assuredly infected my understanding of art as an experimental social expression.

JC: You get a lot of respect from art world peers for your gallery's bold and original program. Would you describe your vision for the art you're interested in showing at Samsøn?

CA: The program, hmmm everyone from the "art world" asks that. The viewer doesn't care about "the program"!? I think it, "the program," is constantly evolving, as everything should. I would describe it as diverse, be it medium, gender, background, ideas... kinda like the viewer. I go for what I would loosely describe as the "transgressive accessible." Showing work that discomforts, work that can relate to people outside and inside of "the art world," because it is a strange place to be.... In a commercial gallery, a single exhibition can deter a lot of future sales or incite a slew of people calling the gallery to get removed from the email list. In the grand scheme of things then, it makes you wonder if "the program" matters.

JC: And so despite owning a commercial enterprise, you continue to show art that is difficult, can confuse and can upset people. Last spring, you exhibited a solo show of work by the fantastic Hank Willis Thomas, whose past solo shows have had titles like "Branded" and "Pitch Blackness." How did people react to this show?

CA: It was revealing to show Hank, an African-American artist who predominantly deals with the depiction of color in advertising, in very white Boston. The younger generation, the students, grooved with it and were completely familiar with the racial tropes, whereas others were leery of it. That space in between is where the magic happens -- a slight discomfort. The viewer wonders if they're missing something or if they can believe what they see. 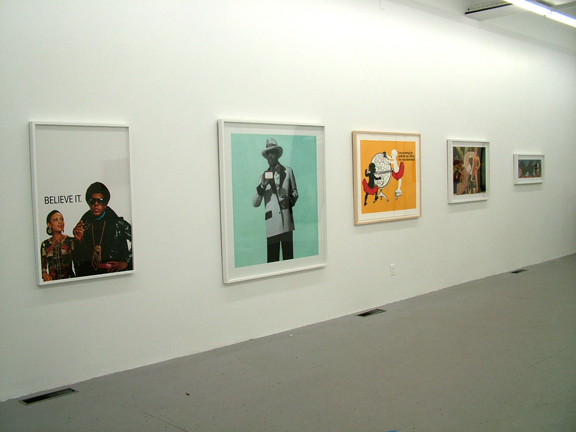 JC: And you participated in Zona Maco with works by Victoria Fu, Carrie Mae Weems, Francesca Woodman, Alix Pearlstein, Summer Wheat and Adrian Piper. These are not artists that regularly get seen a lot outside of New York and LA in the U.S.; I hope you get a chance to exhibit their works in Boston, as you did with Thomas.

CA: Yes, I curated the booth at Zona Maco in Mexico City this year. Exhibiting abroad is always intense; from dealing with customs and shipping to making sure you pace yourself for a long week. It's a gambit that can be edgy and economically smart. ... I enjoy mixing generations; seminal artists like Adrian Piper and Carrie Mae Weems along with emerging artists Victoria Fu, with whom I had never worked previously, and Summer Wheat, whom I just started showing. 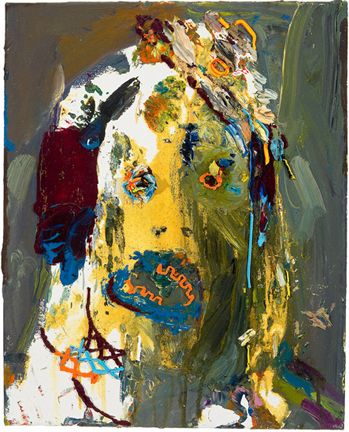 JC: Mixing generations is a wonderful way to contextualize art. What's a particularly special exhibition in which you were able to do this?

CA: I recently exhibited the entire Woodman family: Betty, Charlie, Francesca and George. They had never shown together. Betty is a sculptor, Charlie does video, film and performance, Francesca photographed and George has been painting on photographs recently. George and Betty met in Boston and have been showing for decades! Betty is one of the few living artists to have had a retrospective at the Met. It was predictable some wanted to talk about Francesca's suicide, but most viewers noticed how the thread of family can run through the work. The exhibition was installed so it was as if you were listening in on the family's conversation. It's a wholesome subject that is considered perhaps hokey, but this first social structure is necessary and incredibly important. 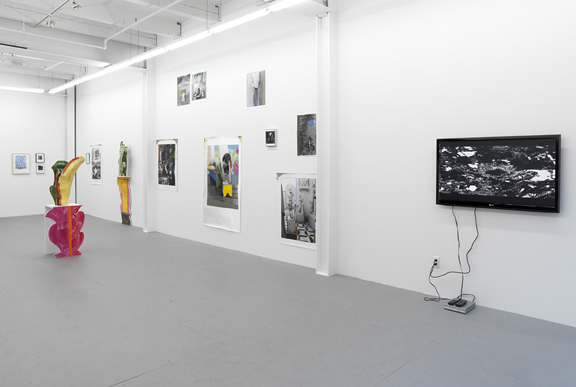 JC: You're from NYC and you once told me you moved to Boston "for love," which is adorable, you know? Having met your wonderful wife, I have to agree it was a terrific decision.

CA: Yes, love is the answer! Everyone should leave their hometown. Unplug the umbilical. Alexandra, my wife, left her hometown of Boston for NYC and we left my hometown (NYC) for hers. Eventually, we might have to find a new hometown for the both of us.

Camilo Alvarez is the owner (and director, curator and preparator) at Samsøn (founded as Samson Projects in 2004) in Boston, Massachusetts. Camilo was born in 1976 in New York City to Dominican parents and lived in Santo Domingo for 7 years. He received a BA from Skidmore College and is currently studying to receive a Masters in Museum Studies from Harvard University. He has worked at, among other places, Exit Art, Socrates Sculpture Park, the Whitney Museum of American Art, the Museum of Modern Art, MIT's List Visual Art Center and the Skowhegan School of Painting & Sculpture. Samsøn's programs and exhibitions have been reviewed by, among others, ArtForum, the Boston Globe and Flash Art. Currently on view at the gallery is Mark Cooper (October 21 - December 10, 2011). See www.samsonprojects.com for more information.

This post is the first in a series I am informally calling "The Cultural Landscape Architects." They are art world professionals who play a role in connecting art with the public. They decide which artworks by which artists are presented, place the art in the contexts of both art history and current times, and help shape the cultural landscape. You can find more at www.juliechaeprojects.com.