Peter Thum is no stranger to philanthropy and entrepreneurial success. As the founder of Ethos Water, he raised more than $7 million in humanitarian water grants and helped half a million people worldwide gain access to clean water. Starbucks acquired Ethos in 2005. Soon afterwards, he joined Starbucks as vice president and also became the director of the Starbucks Foundation through 2008.

Hungry to continue in his philanthropic ventures, Thum founded Fonderie 47 in 2009. The luxury brand removes AK47s from war zones in Africa and turns them into high-end jewelry. They make anything from cuff links to steel, diamond, 18-karat rose gold and platinum rings, the purchase of which funds the destruction of 160 assault rifles in African war zones. Along the way, Thum has received help from his wife, actress Cara Buono, who stars in popular TV show Mad Men, and has even collaborated with renowned jewelry designer James de Givenchy. 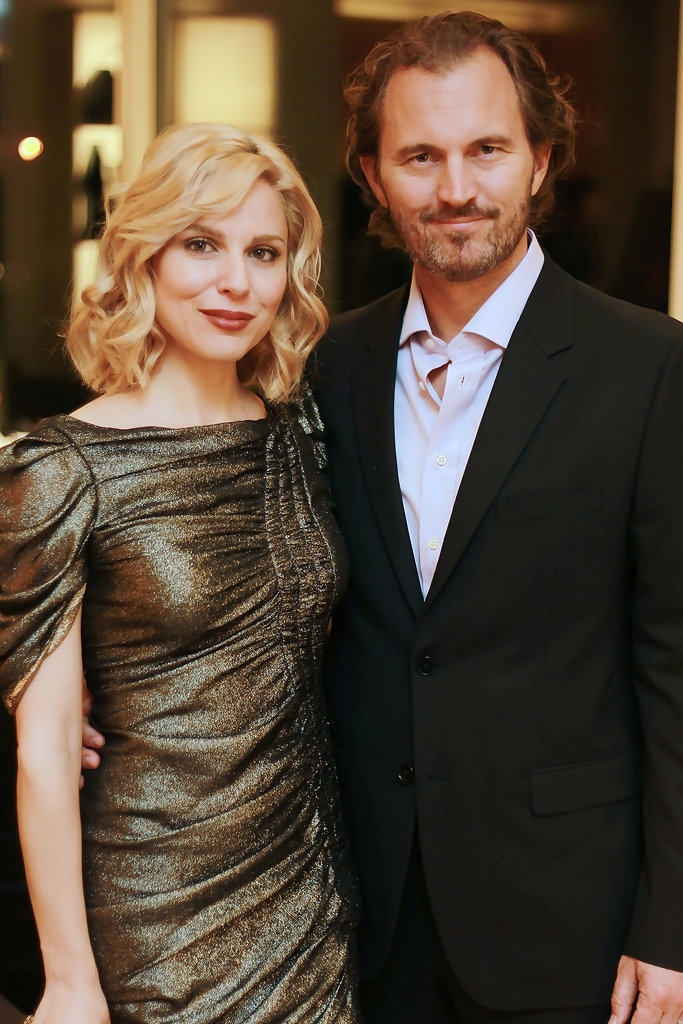 Fast forward to today, Thum recently launched Liberty United, a brand to extend his efforts to reduce gun violence to America. Liberty United transforms illegal guns and bullets from American communities into fashionable, iconic jewelry. The new label has launched its first collection with the well-known, brother and sister duo of Philip and Courtney Crangi of Giles & Brother. The collection, which is manufactured in America, includes bracelets, rings and necklaces. Each piece bears the serial number of an illegal gun that the venture has taken out of circulation. In turn, each purchase funds programs to reduce gun violence in the U.S.A.

I recently had a chance to talk with Peter about his new line and what it means for gun violence.

In 2008, while I was working on Ethos Water projects, I met kids in Africa armed with assault rifles. Since then, I've worked to remove over 32,000 assault rifles from circulation in war zones there. My wife and I talked about doing this here in The States. After our daughter was born, we began working on Liberty United.

2) How does Liberty United work?

It's pretty simple. We recycle illegal guns and bullets from American communities to make jewelry and other wearable art with leading designers. Profits from Liberty United sales fund programs to reduce gun violence in partner communities and across America.

3) How is Liberty United different from Fonderie 47?

4) What are the main components of which Liberty United pieces are made?

Steel from guns and bullet shell casings, as well as brass, sterling silver, and American labor. All of our pieces are handcrafted here in the U.S.A. 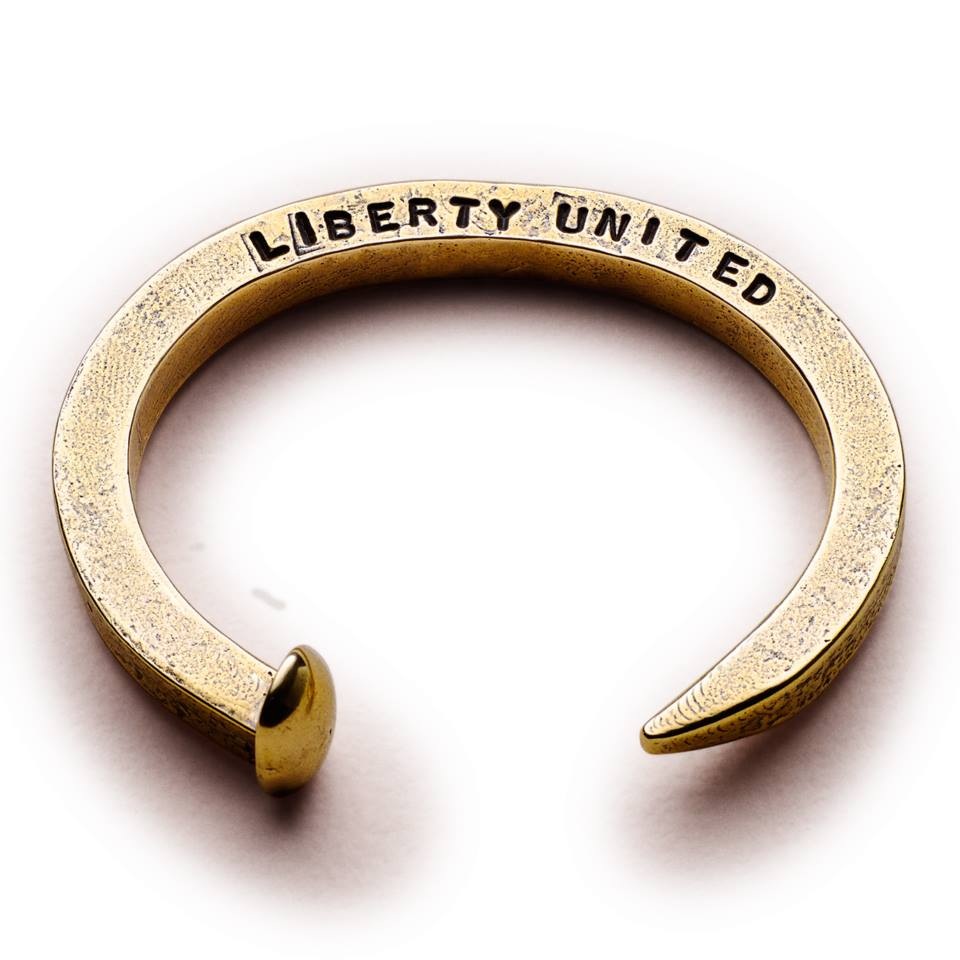 5) Liberty United partnered with jewelry designer Philip Crangi of Giles + Brother, how would you best describe the inspiration behind the design?

Philip's Railroad Spike was inspired by first American Transcontinental Railroad and the famous driving of the golden spike to join East and West in 1869. This iconic symbol of American progress and unity is behind it.

6) Each one of the pieces is stamped with a special number, what does the number represent?

Each piece bears the serial number of one of the illegal guns we've recycled goes on every piece. I first came up with this idea for Fonderie 47 in 2009. It has been a part of every piece we've made for Fonderie 47 and for Liberty United.

7) Where did name "Liberty United" come from?

Our country has been built on individual freedoms, and working and sacrificing together. I wanted the brand to symbolize these two ideals and the tension, hence the name. 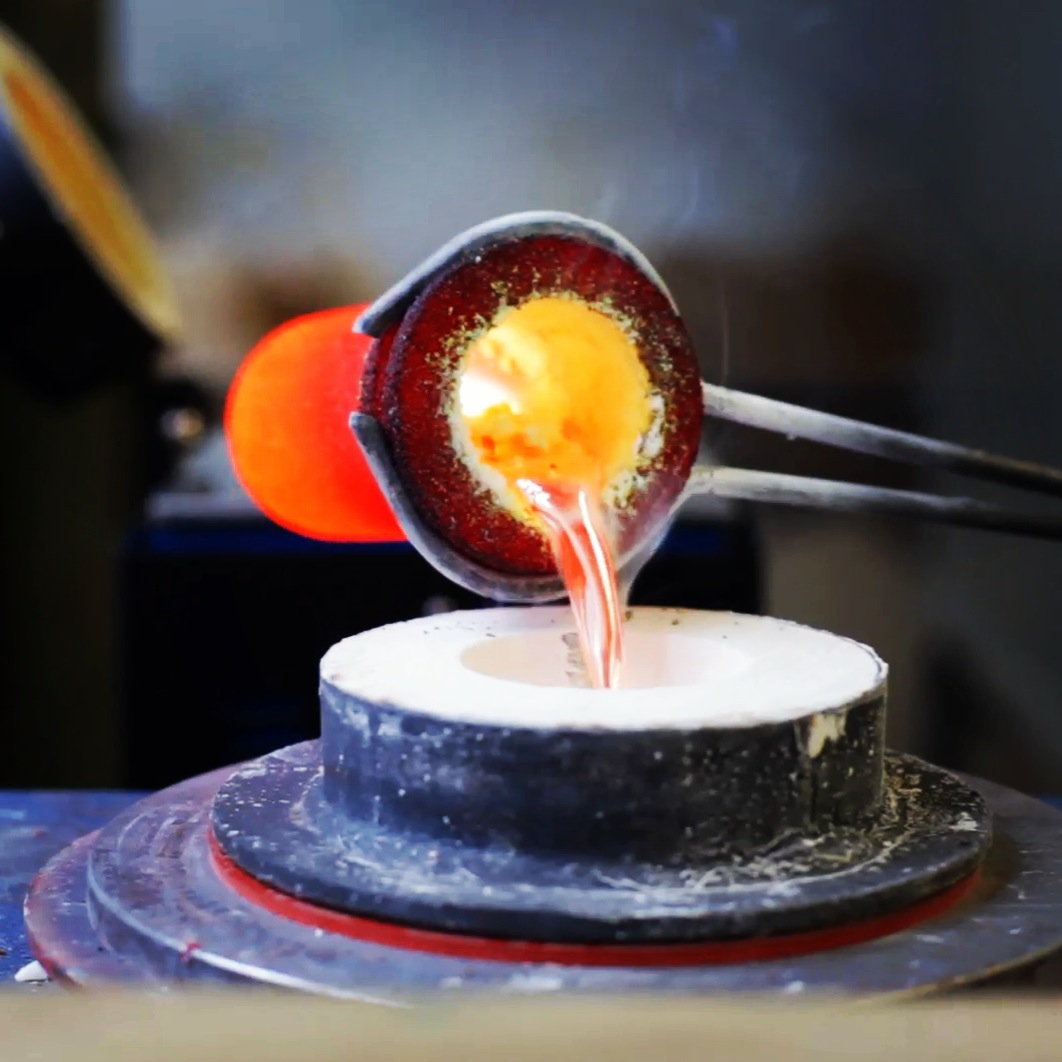 8) Why is gun violence personal to you?

My dad was a surgeon and served in the Army during Vietnam and later treated kids who had been shot in gang violence around where we lived. Seeing that as a boy and then later meeting kids in Africa armed with assault rifles made me want to do something about gun violence.

9) What message are you trying to bring about with launching Liberty United?

You can stand up and stand against gun violence. Liberty United offers a straightforward way to do this. If you like it wear it, and tell a friend.

10) What reactions have you had to the pieces so far?

Customers and the press and folks in general seem to love them for how they look and what they mean.

11) Where can people go to purchase Liberty United pieces?