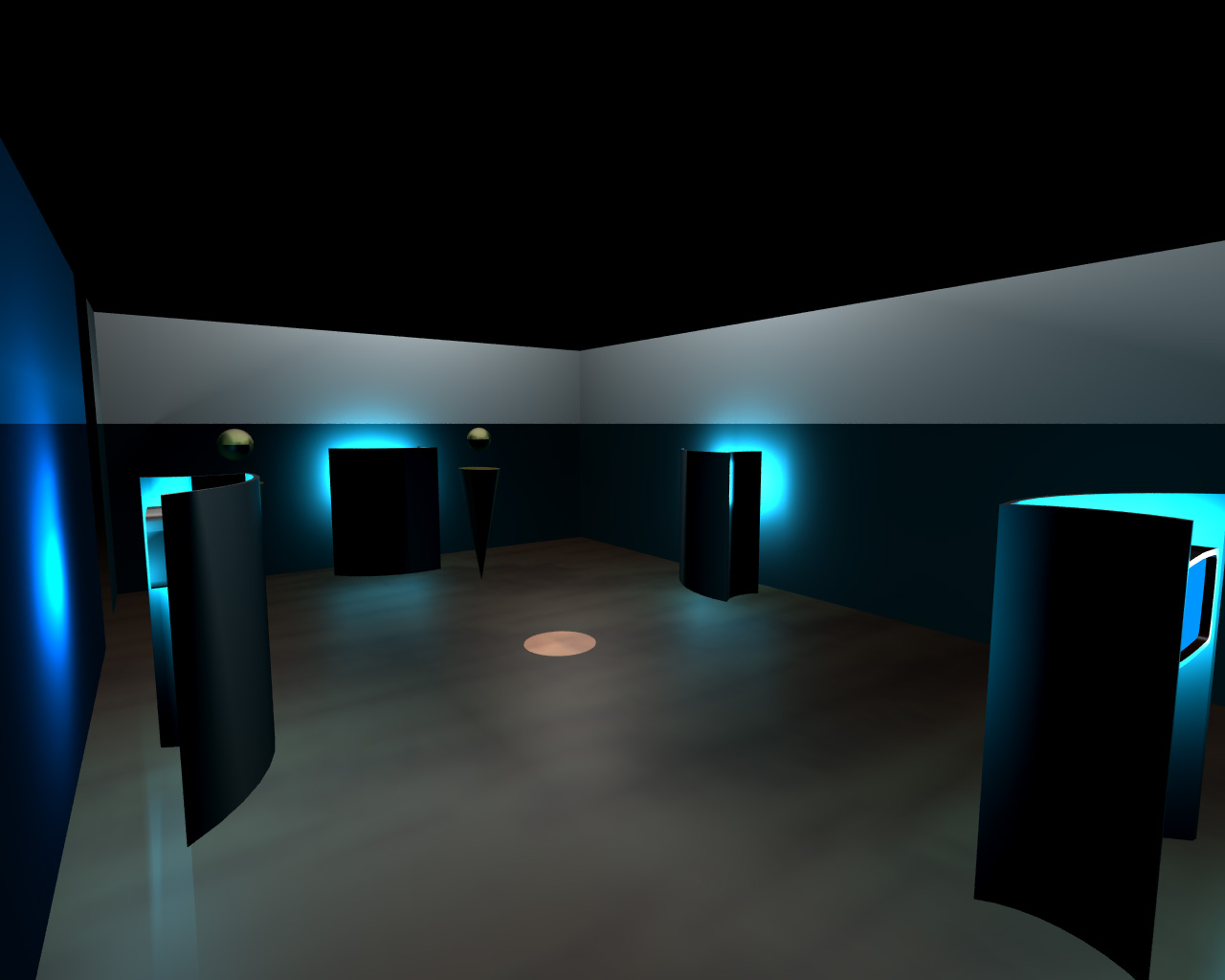 Herb Tam is the Curator and Director of Exhibitions at the Museum of Chinese in America and a part of the new wave of younger curators with dynamic ideas about the role of museums and art exhibitions in engaging with our communities. Herb lives and works in New York and was born in Hong Kong. He was the Associate Curator at Exit Art from 2007 to 2011, where he presented exhibitions such as: "Alternative Histories," a 50-year survey of alternative spaces in New York; a retrospective of Guatemalan performance artist Regina Jose Galindo; "New Mirrors: Painting in a Transparent World"; and "Summer Mixtape Volume 1," an exhibition exploring the role of pop music in the work of emerging artists. Previously, as the Acting Associate Curator at the Queens Museum of Art, he co-curated "Queens International 2006: Everything All At Once," a biennial of Queens-based emerging artists, and coordinated an exhibition on the work of Robert Moses, the influential former New York Parks Commissioner. Herb was a founding member of Godzookie, a collective of Asian American artists and arts professionals that was formed in 2001.

(Note: The following is an excerpt from the full interview, which is available at www.juliechaeprojects.com). 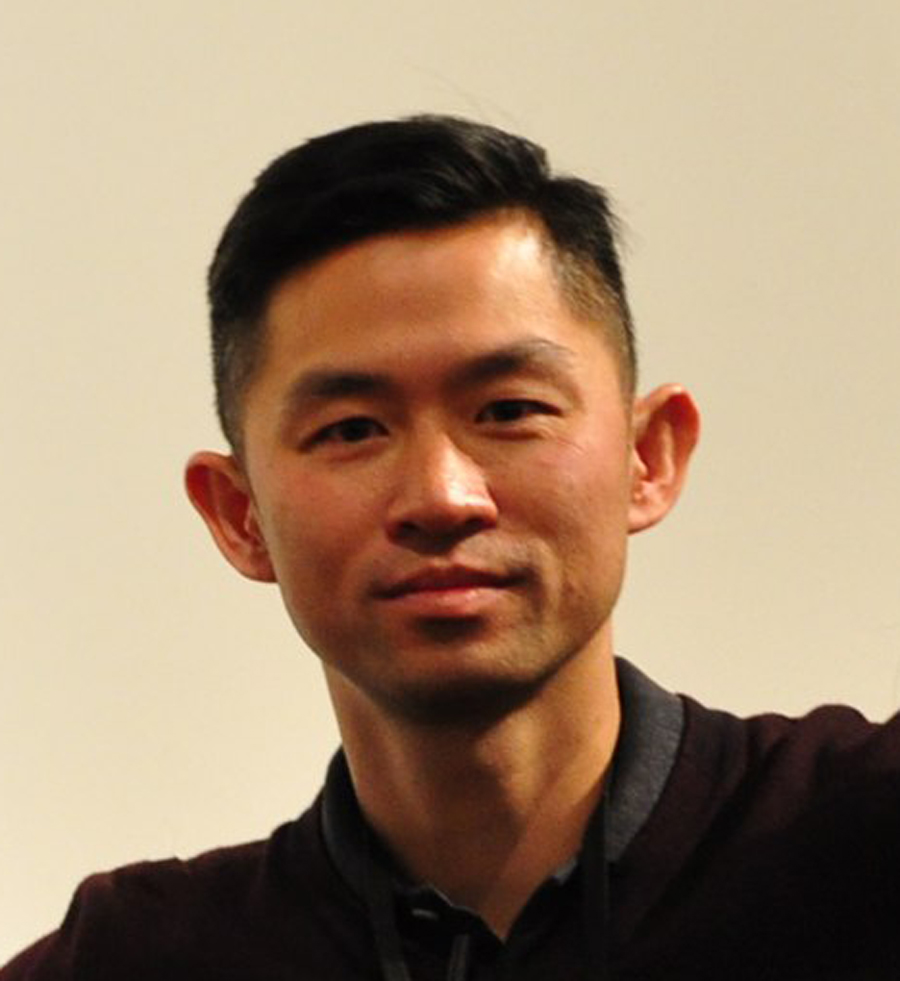 Julie Chae: Herb, congrats on recently starting your job as Curator and Director of Exhibitions at the Museum of Chinese in America (MoCA). Have you always wanted to work at a museum?

Herb Tam: Thanks! Working in a museum hasn't been a life-long dream, but now that I think about it, I was always addicted to being in museums in San Francisco: SFMoMA, DeYoung Museum, Asian Art Museum and the Palace of the Legion of Honor. I would look at art and historical materials and try to make sense of why it was made and why I should care.

But when I started to curate, I actually positioned my thinking about art against the logic of museums. I thought they were the "enemy," part of the conservative establishment of art. I certainly didn't go into curating thinking I would work for one. 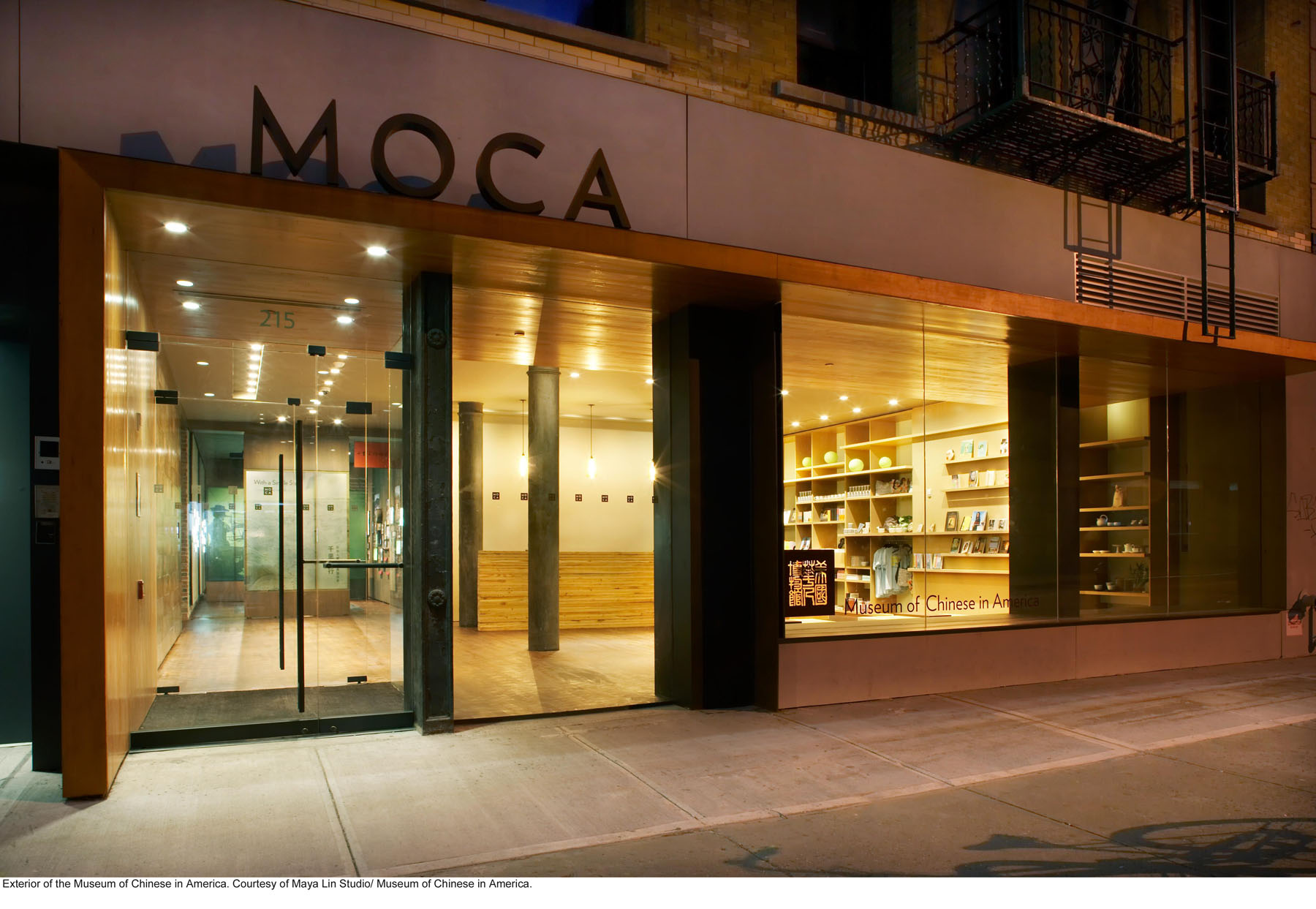 JC: Interesting! Are you saying you started out organizing exhibitions to critique the art establishment -- as represented by traditional museums?

HT: When I was young, I needed "enemies" to define myself, but now, I believe museums are vitally important in helping to interpret cultural forms in relation to broader issues in society. In this way they serve an educational function, but we can't deny that they're also forms of entertainment and distraction. This makes being a curator in a museum a much trickier proposition in terms of dealing with who our audience is and who we want them to be.

JC: And how did you end up working in the arts as a curator?

HT: I went from being an artist to being a curator seven years ago. I made that decision on a plane from Amsterdam to New York and it was pretty liberating; I felt physically lighter when I made the decision to stop making art. I was a painter and that practice was getting narrower and narrower as far as what it allowed me to think about. Curating allowed for a lot more of my interests to come into the process. So that now things like cultural identity, hip hop, history, sports, art, anthropology, architecture, politics, technology, environmental issues, etc. are in play as far as subject matter, where before much of that would be irrelevant to the artistic process. I see curating as a form of thinking and processing what's going on in the world, just like making art.

JC: Will you share with us an exhibition you found particularly satisfying to organize and perhaps meaningfully shaped your curatorial outlook?

HT: I'm really proud of a show I did at the Jamaica Center for Arts and Learning (in Jamaica, Queens) called "A Jamaica, Queens Thing." It was about how the crack cocaine epidemic in the 1980s affected rap music and included contemporary art and historical material. The area in and around Jamaica has been a really fertile breeding ground for rap music since the 70s. Run DMC, LL Cool J, Russell Simmons, Ja Rule, The Lost Boys, 50 Cent, Lloyd Banks and a bunch of lesser known artists all came from there and, at the same time that rap was developing as a musical form, Jamaica and other inner city neighborhoods across the country were being decimated by the crack epidemic. 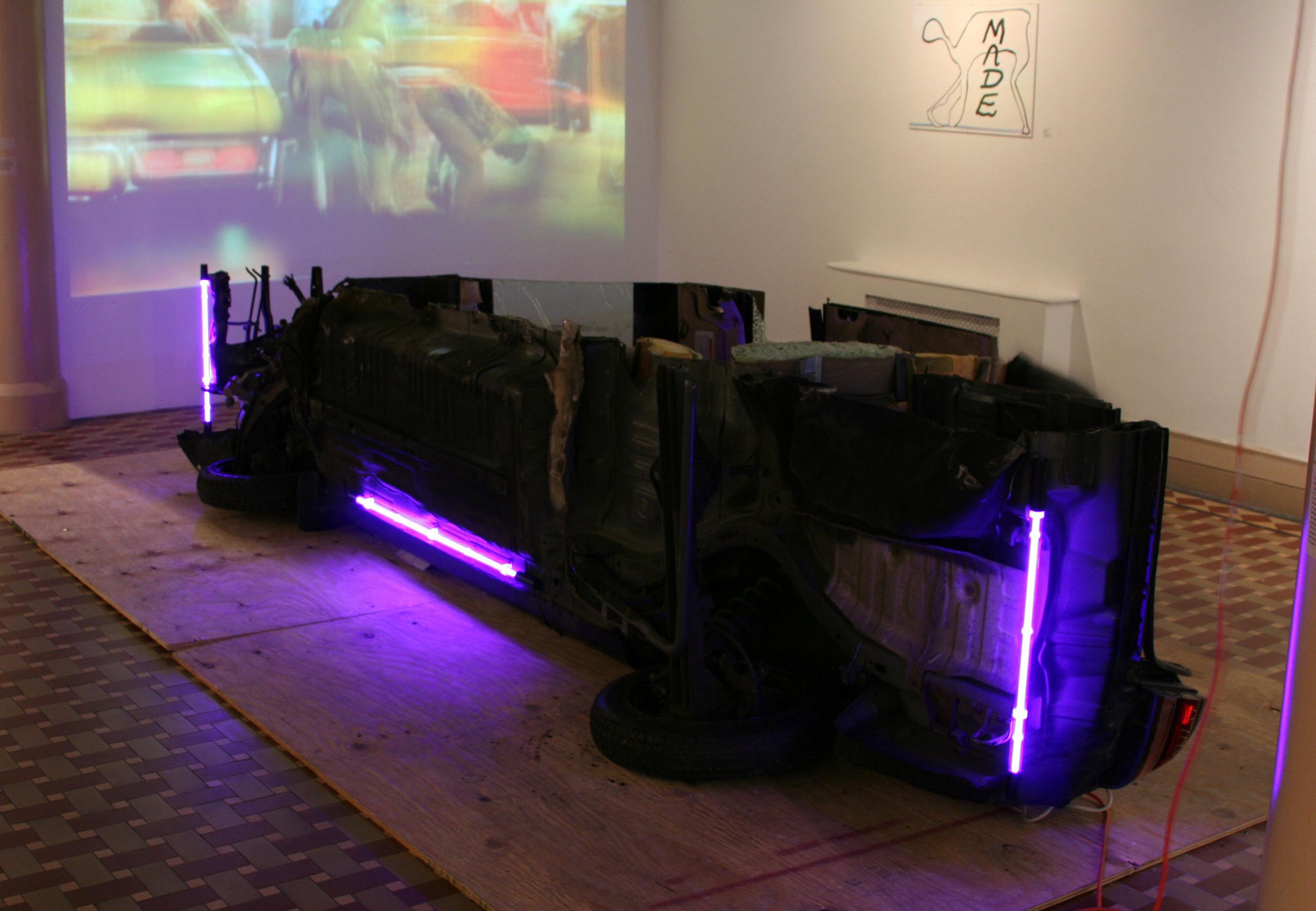 HT: Given all this, there was a real intimate relationship between work in the show and certain people in the community. A lot of visitors got real nostalgic about some of the historical material in the show, and then one day, Pretty Lou, a member of the disbanded Lost Boys, heard about the show, came and saw it and wondered why some of their materials weren't included. So he came back a couple days later with a framed gold record of one of their big hits, "Jeeps, Lex Coups, Bimaz & Benz" and offered it for the show. We found a good place for it, hung it and it looked great. 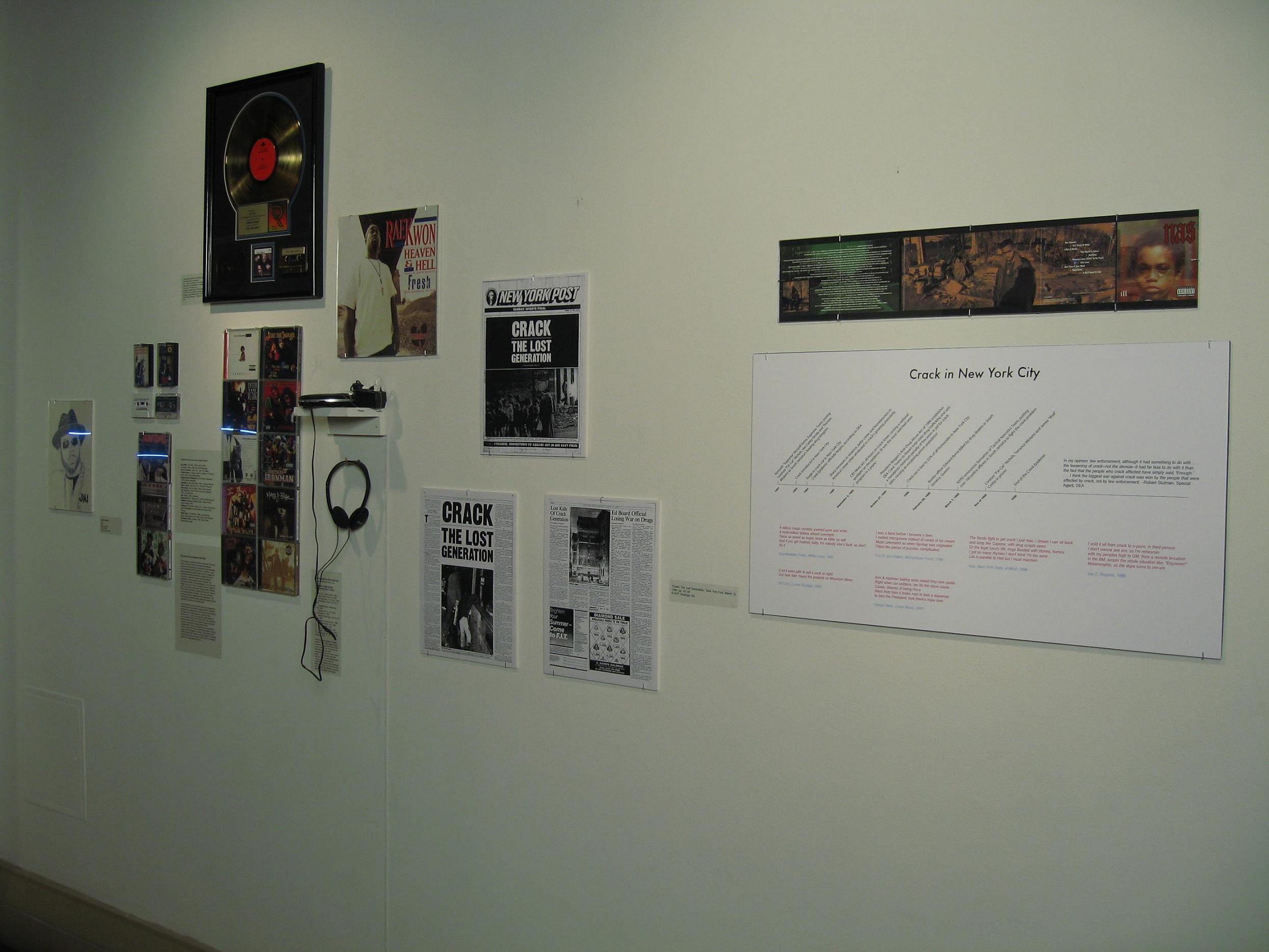 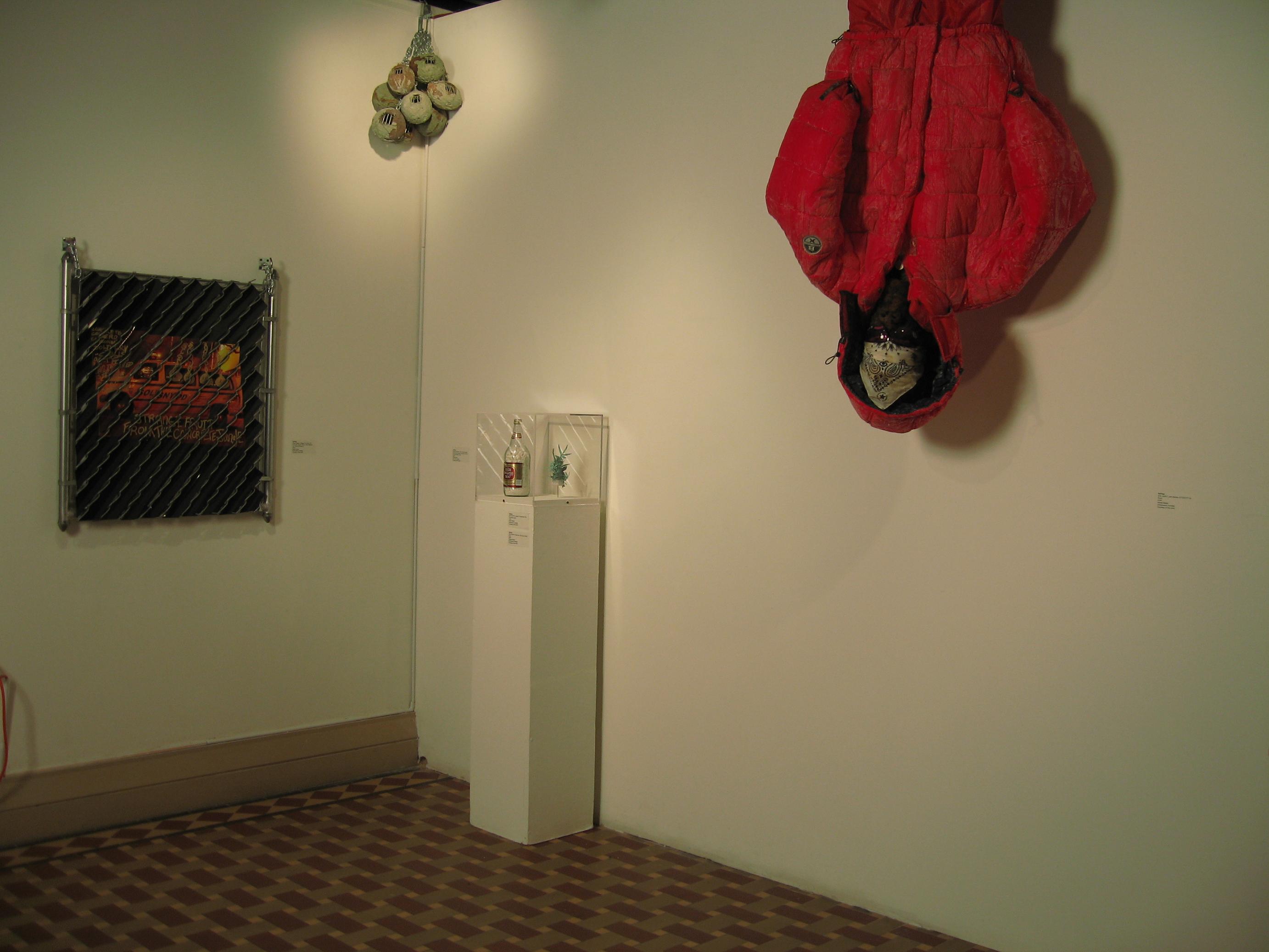 HT: Through the show I met a DJ who was active in the 70s and 80s in Jamaica named Cipher Sounds (not the one who's on Hot 97 now). He let me borrow some of his old party posters for the show and we talked a lot about the neighborhood, the history of hip hop, the crack thing and his childhood. The most important thing about that show for me was how much I was able to learn from these guys and how my ideas about this specific history I was exploring actually changed through talking with them. That show really changed the way I think about doing exhibitions.

JC: What is your vision as Curator and Director of Exhibitions for MoCA?

HT: I see MoCA doing really challenging exhibitions, exploring parts of our history and experience that are underrepresented or misunderstood. It must be a place for deep scholarship as well as consistent experimentation and dynamism with the exhibition form. 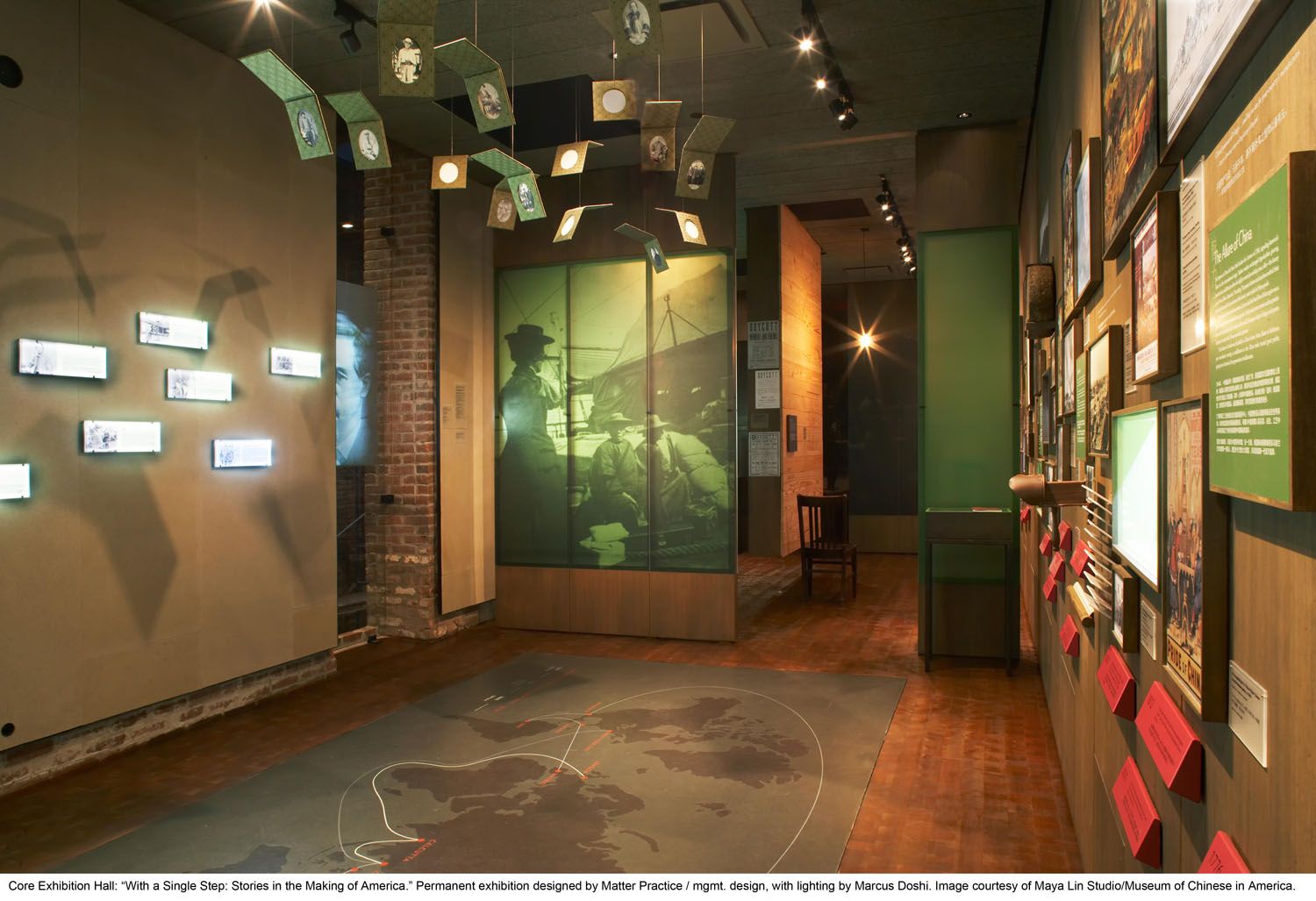 Core Exhibition Hall: "With a Single Step: Stories in the Making of America." Permanent exhibition designed by Matter Practice/mgmt. design, with lighting by Marcus Doshi. Image courtesy of Maya Lin Studio/ Museum of Chinese in America.

HT: I come from an art background and while we're not strictly an art museum, I want to do more with it because contemporary art can really add layers of meaning, translation and interpretation to history and experience that other materials just can't come close to. Our audiences are pretty diverse in all categories, but we'd like to see attendance increase from all groups, tourists and locals alike. We have a great education program that serves many of the schools in and around Chinatown as well as from all over the city. I want us to be the museum where ideas about who Chinese people are and what Chinese culture is today get processed. 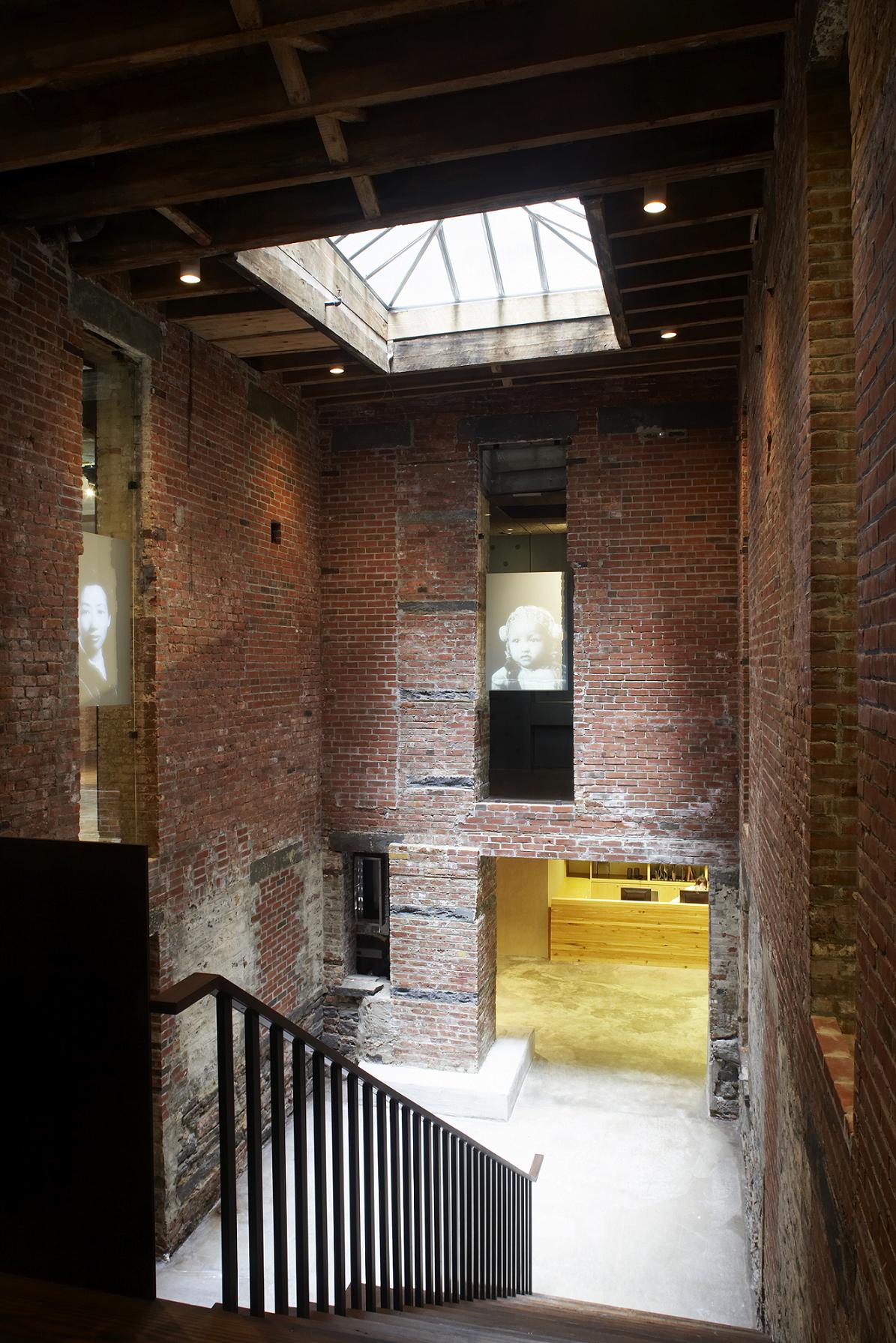 JC: MoCA currently has two exhibitions featuring critically-acclaimed artist Lee Mingwei. One of them, "The Travelers," appears to explore individual narratives that make up the collective experience of people leaving their "home." How did this exhibition come about?

HT: Lee Mingwei, who was born in Taiwan and moved to the U.S. when he was 13, is a conceptual artist whose work usually involves audience participation. 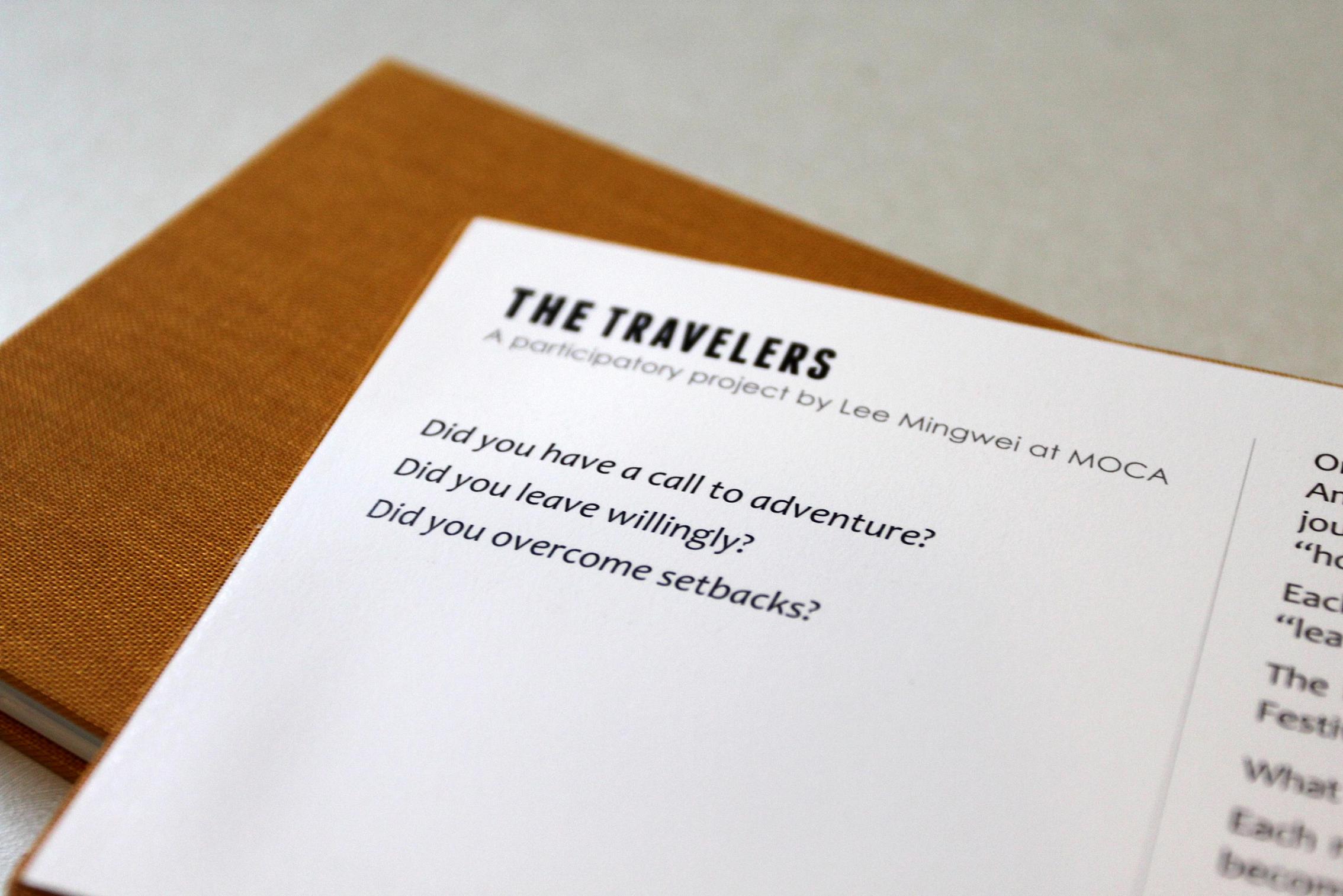 Lee Mingwei, "The Travelers," 2010. Detail of journal. Image courtesy of Lee Mingwei Studio and Museum of Chinese in America.

HT: In this show, he's presenting a project we commissioned in 2010 called "The Travelers," in which he sent out 100 scrapbooks to friends and acquaintances with instructions to fill out its pages with stories of their leaving home, and then to send on to someone they know, so others can do the same. The books are meant to keep travelling and collecting stories in their journeys. Mingwei has created a reading room installation with these scrapbooks and we have created a separate website and blog to go along with the exhibition.

Mingwei works very closely with institutions and is very sensitive to the particular missions, rhythms, limitations and intricacies of each. We asked him to think of a project that would expand on a key part of this museum as a place that collects and saves history of the Chinese in America narrative. 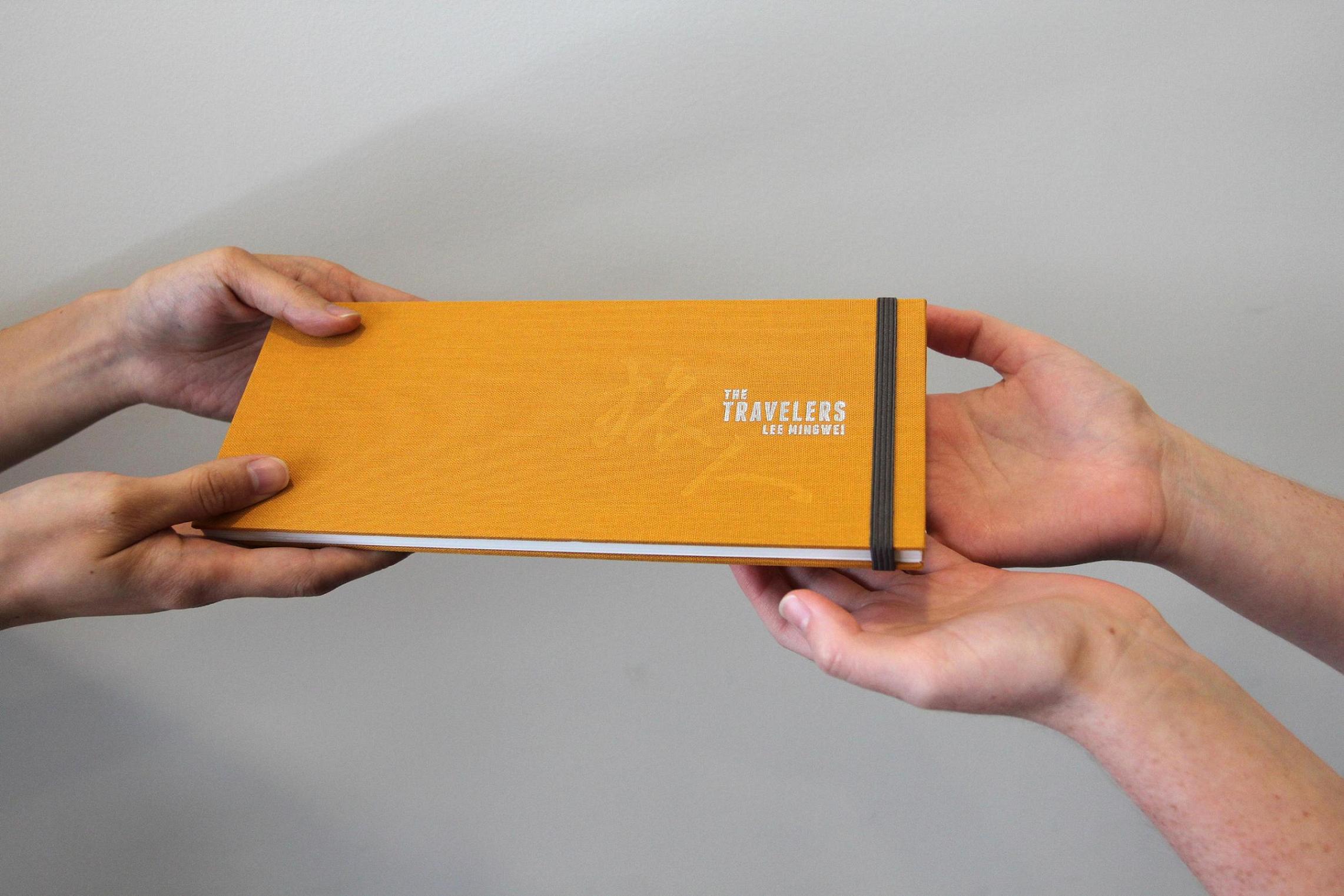 Lee Mingwei, "The Travelers," 2010. Image courtesy of Lee Mingwei Studio and Museum of Chinese in America.

HT: And we are also showing another installation project of Mingwei's called "Quartet." 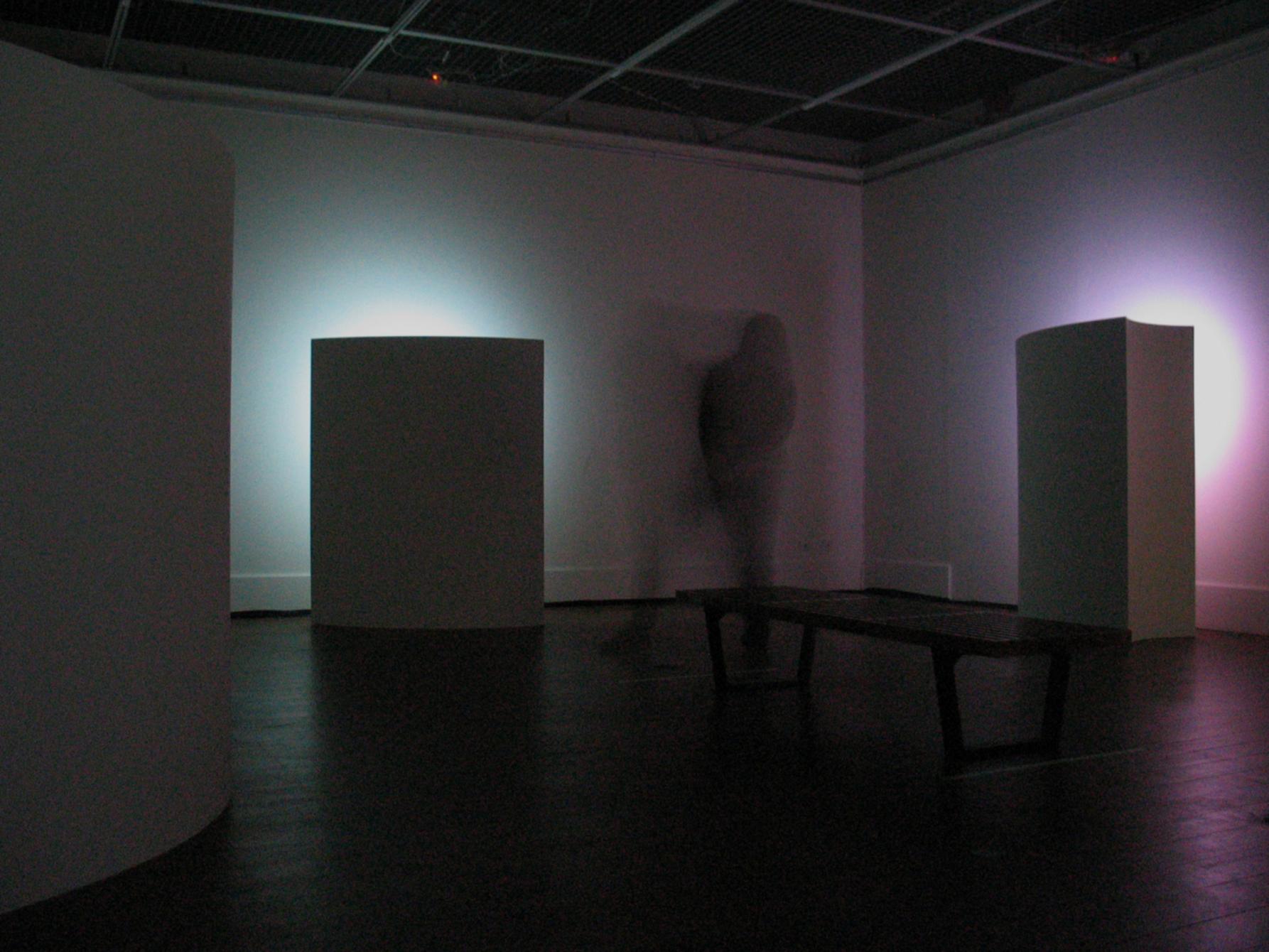 The rest of the interview continues at: www.juliechaeprojects.com under the "Writings" tab. "The Travelers" and "Quartet" by Lee Mingwei will be on view at the Museum of Chinese in America, 215 Centre St., NY, NY until March 26, 2012. For more information, see: http://www.mocanyc.org. 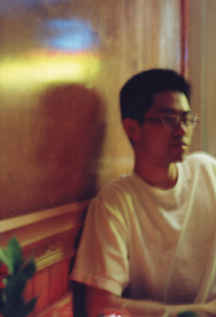 This post is a part of a series I am informally calling "The Cultural Landscape Architects." They are art world professionals who play a role in connecting art with the public. They decide which artworks by which artists are presented, place the art in the contexts of both art history and current times, and help shape the cultural landscape.