Keith Bulluck is considered one of the best linebackers in NFL history -- and also one of the best people. Raised as a foster child in Rockland County, New York, Bulluck was a leader on a Syracuse football team that included Donovan McNabb and Dwight Freeney, then anchored the Tennessee Titans for 10 years before finishing his career with his hometown New York Giants. A known advocate for players and foster children alike, Bulluck revealed to me his post-career plans to get a master's degree in sports psychology to help him better understand the athlete's psyche and enhance his insight as a mentor and on-air analyst. 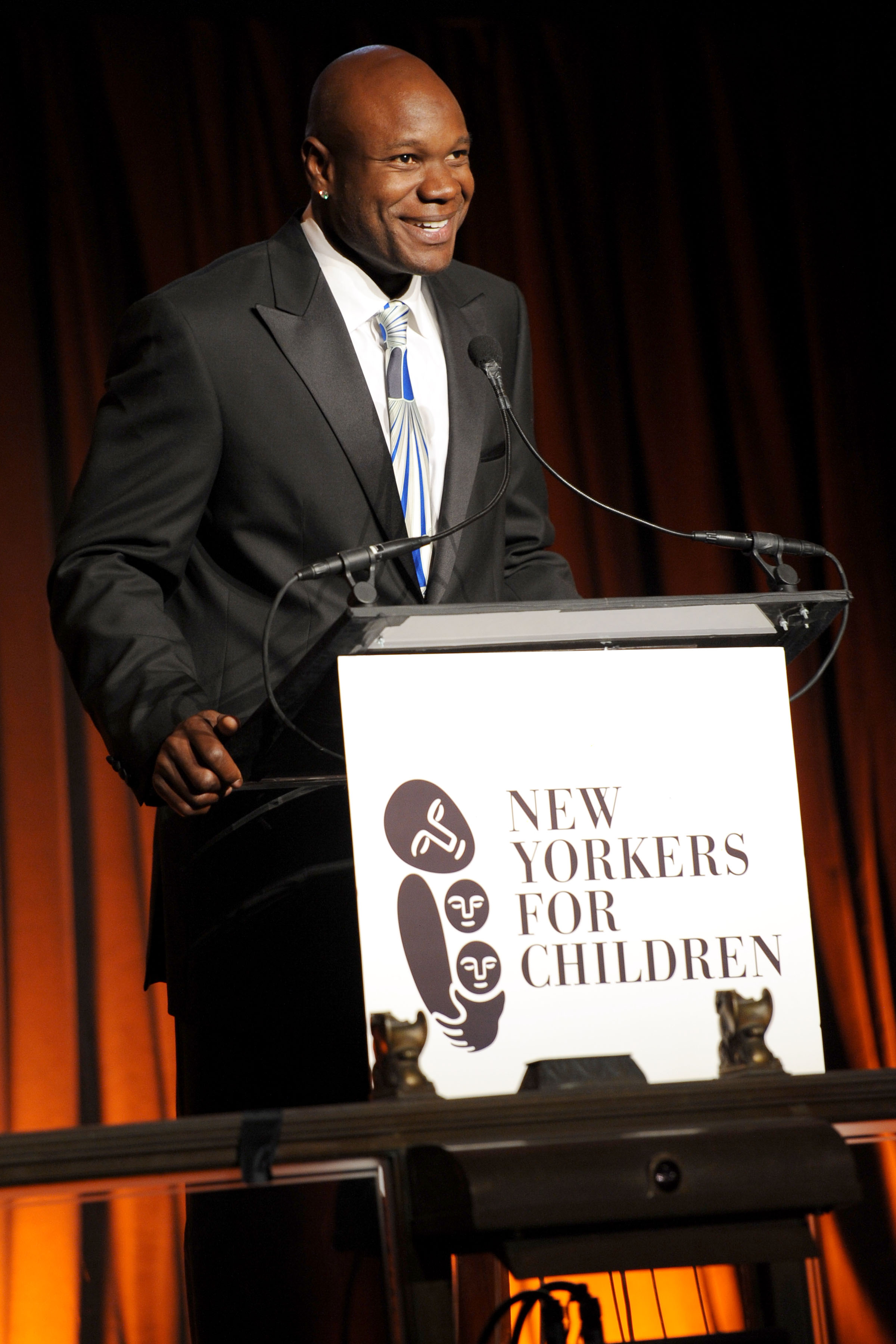 With the recent stories in the news about the challenges of life after football, how have you approached transitioning from playing, and what insights do you have on the issue?

For me it was about making sure to be proactive about growing off the field during my career. When you're succeeding as a player, it's natural to assume that you're also growing personally at the same rate. The offseason isn't as long as you'd think, and with the natural recuperation time people require postseason, as well as spending family time and then all the other obvious stimuli, a three-, seven-, or 11-year career can come and go before players realize they weren't also using that time to gradually build other skills and opportunities. I would meet with my financial advisors at least three times a year to have them explain and help me understand my money. After my fourth year, I began exploring options outside of football. I attended a couple of the business programs offered through the NFL -- one at Harvard Business School and the other at Stanford Business School. These helped pique my interest in marketing, which led me to invest in a PR branding agency last year. I was also very hands-on with my foundation, which helped me build practical skills like project management and outreach.

I am pleased to share that I am currently in the enrollment process to pursue my masters in sports psychology this fall. I'm also honing my radio skills on SiriusXM NFL & The Midday 180 on Nashville radio to go along with broadcasting and public speaking classes.

Most people say that if you'd played in a major market your whole career, you would have been bigger on the national stage. What is your takeaway from playing for the Titans for 10 years?

I think that playing in Nashville for 10 years made me a better player than I would have been if I'd spent that time in a bigger market. Nashville is like one big family, and for a 23-year-old who'd never had money before, there was less trouble to get into and more focus on the right things. Also, I think that with the national spotlight comes an increased emphasis on the commercial side of being a player, whereas I was just focused on being the best at my position. But the fans in Nashville made me feel national -- they take such joy in their team and each other. I'll never forget winning the final home game of a year where we finished 5-11. The fans cheered so loud you would have thought we made the playoffs. Now that's a proud community!

And I think I got a unique seat to watch Nashville become a national market. The country music community is the most welcoming and down-to-earth group of people I've ever met. Over the years I've gotten to know Irv Woosley and meet the legendary George Strait, Jay Demarcus, and Rascal Flats. Tim McGraw even got me a customized black cowboy hat like the one he wears after randomly asking him where to get one at the CMT Awards one year. I still own my house in the 'Ville and will be spending time in the city the rest of my life.

Having grown up a foster kid in New York, it did mean a great deal though to be able to play for the Giants in year 11. In a way it felt like the younger me was sitting there in the stands. I'll never forget that feeling.

You were raised by your foster family and have been a big champion of programs for foster children. You have two daughters of your own now -- how did your childhood affect the kind of dad you are now, and how has football?

Being a foster kid at 12, I knew the next step for me was college. From that point on I made academics and athletics my focus. This created a work ethic baseline that manifested in the way I trained and took care of my body as well as the way I broke down film of opposing offensive players, plays, and coordinators during my years in the NFL.

In terms of how growing up as a foster kid has affected the kind of father I am, it makes me understand how important it is to be present while also emphasizing the accountability and prioritization skills that I learned from fending for myself. The digital generation has so many choices before them, I think learning to prioritize will be both their biggest challenge and opportunity.

My upbringing as a foster kid from 12 to 18 clearly led me to my work with foster kids and underprivileged youth. I started the Keith Bulluck Believe & Achieve Foundation back in 2004 as a way to help give these kids the tools they need to realize their dreams -- namely, supplies, scholarships, and mentors they can relate to (like me).