Sara Zielinski recently caught up with Paris-based artist, L'Atlas after the New York debut of his global project, Extraordinaire, presented by Perrier. On October 28, 2015, L'Atlas created a monumental public art installation at Nelson A. Rockefeller Park in Battery Park City. Entitled New York: Air, this interactive one-day installation took shape as a 110 sq. ft. circular mandala design, built of "air" - 3,000 balloons installed by hand into the earth. New York: Air is one installment of a global four-part interactive performance series (Seoul/Paris/New York/Mexico City) using the four elements - Earth, Fire, Water, Air - as the media. The project will culminate in four time-lapse videos, one from each location. 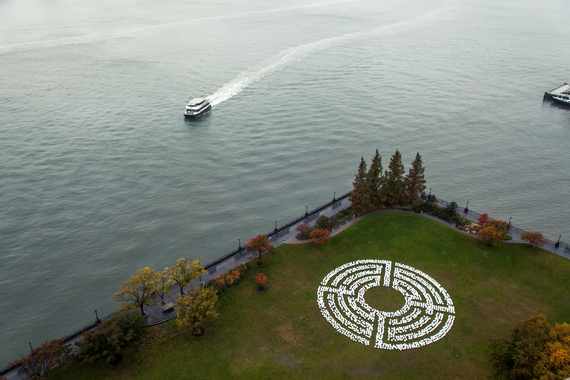 How did the New York installation go on Wednesday?
It was a rainy day so it was hard to do, but it was better for the video. When it's sunny the big buildings cast big shadows so it's bad for the contrast in the video. The cloudy weather is really white and the balloons were white so the mood was like the apocalypse, like an end of the world story. It was better for the video. It was a long day, it was harder to work in the rain but what will be permanent is the video. I was lucky because all the other days were sunny so maybe God helped us with that. [Laughs] 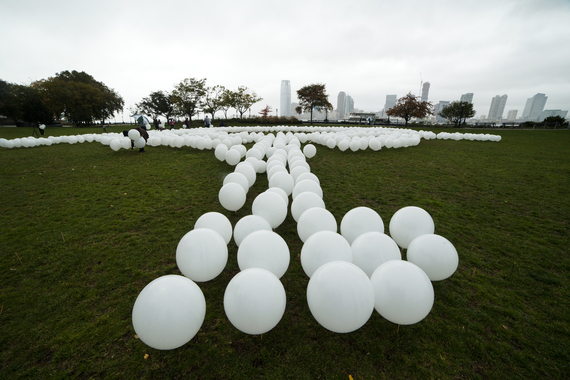 You're based in Paris. How did you choose the other locations for this project?
I chose Mexico for the earth because I have a personal story with Mexico and with a shaman in Mexico. I lived many amazing things there in Teotihuacan. Teotihuacan means earth of god so that's why I chose earth for Mexico.

I chose fire for Seoul. Originally I was going to do it in Shanghai because I have a personal story with Shanghai and a gallery there. But it was complicated there, so Seoul was proposed. For me, it's new, I don't know Seoul. I will do something with light that's going to make a big maze with fire.

Finally, we have water for Paris. Coming up in Paris there is a big meeting called Cap 21 which is going to speak about climate and the future of our planet. I'm going to make a big atlas in ice that will disappear in one day. So it's kind of a metaphor for the world. 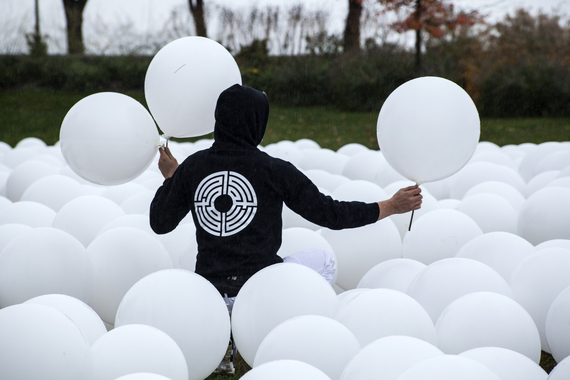 Writing plays a large but abstracted role in your work. What interests you about text?
My work is principally around letters and forms. At the beginning, I was a street writer in the 1990s in Paris when the hip-hop culture arrived in France. And then I mix that with old traditions of calligraphy, Arabic calligraphy, Chinese calligraphy.

I am also very interested in maps, in geography, archaeology. I mix these two influences, the history of writing and the history of geography, architecture. It's this mixture of typography and topography. I'm trying to find something like a universal alphabet, or universal forms. Even if you don't read it, it's not important; it's like you feel you've already seen these forms but you don't know where because I mix different influences. That's what I want to do. 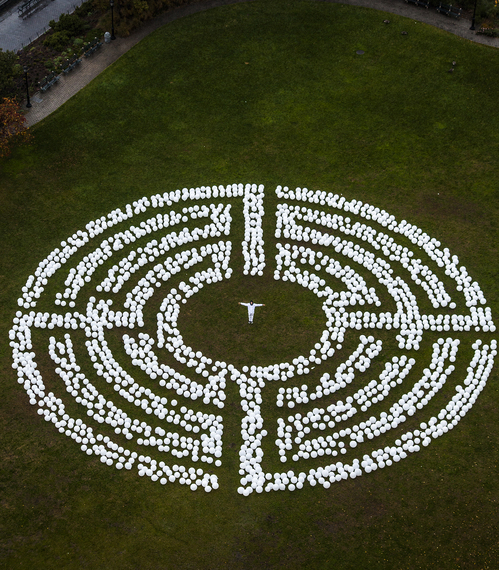 You began as a street artist. What is street art for you?
For me, street art is a continuity of land art. To use space to make art. Before the best place to do that was in the landscape because it was permitted or the artists were living out of the city. Artists like Christo began to make art in Paris and New York, on the bridge, doing installations. I was thinking, with my love of archaeology and those things, street art was the continuation of that. For me there are no frontiers between these movements. I define myself as an in-situ artist, it's a mix of land art and street art. But for me it's the same, to turn a place into a state of mind. For me, my works begin where the work of archaeology stopped. For me, a manhole in the street, it's a treasure. It's these things we should keep in museums. 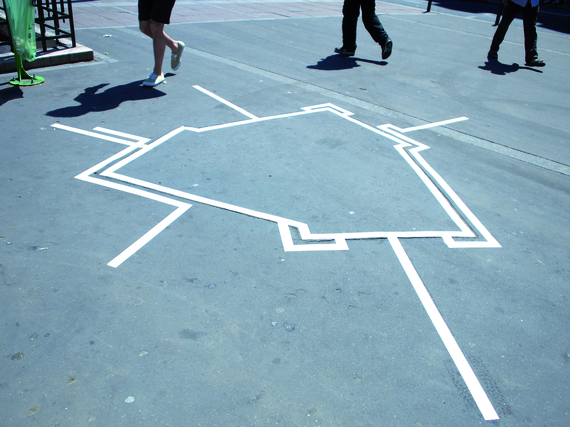 Which element are you most excited to work with?
I'm really excited by each one. I'm really excited to see the four videos together, to see the four elements together. I would like to make an installation after, in a room with four walls with all four time lapse videos. You can stand in the middle and see those four places in the world, and you are in the center, like being at the center of a compass or on a map. It's a work in progress. I had an idea in the beginning and of course the reality changes things so I continue to progress during the project. 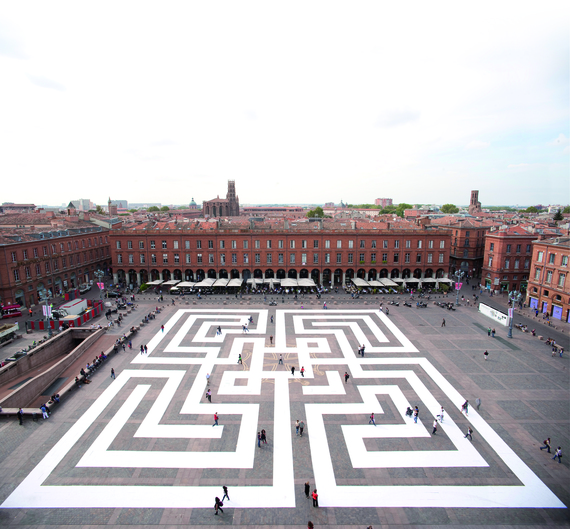 Which city are you most excited to work in?
I am really in love with New York. It's one of my favorite cities in the world. But I am living in Paris. I have a long relationship with this city. I grew up here for 35 years. I have all my memories, family, friends, galleries here. So I'm really excited to do that because this is my town.

One of my biggest dreams is to work with an architect and make a museum on the plan of one of my cryptograms, a maze in concrete...something that's going to last so people can evolve inside of my creation. 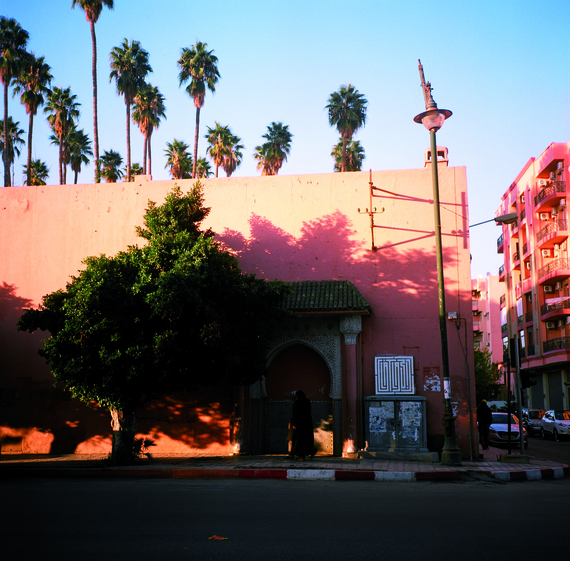 What inspired your use of air, earth, fire, and water for this project?
I'm really curious about the cosmos and energy and all those things. I used to do tai qi and meditation. So the symbolism of the elements is really important in those philosophies. For me, this is a way to make a bridge to that and play with those symbols.