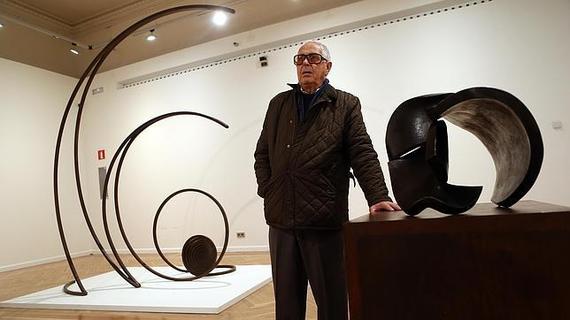 Martín Chirino (Las Palmas, 1925) grew up on the beach of Las Canteras, feeling the sand, the sea and the breeze whilst watching a horizon that he dreamed of moving. The earthiness, ancestry and mythology of his birth place purify the forger's soul through fire to take a new form in material, in this case iron, arisen from the deepest interior of this wind sculptor. This particular place has rooted him to primeval and his dreams and desires have lead him to that which is universal. The spiral, the symbol of origin and formation of the universe, defines this artist in constant search of the truth.

"Look at this sculpture, I'm going to make it a tribute to Picasso. Look at the beauty that's going to remain underneath, the beauty of the shadows. It's easy to draw or paint shadows, but the challenge for a sculptor is to materialize them, to give them body weight."

Elena Cué: Why don't you tell me about the shadows of your life?

Martín Chirino: I believe that we all have an inner character that gives us answers and questions us, a character that you converse with. I am a calm person because I look for the answers within and my surroundings have little impact on me. I realized at a very young age upon reading Demian by Herman Hesse, which struck me in both senses, that the protagonist was always talking to himself and was able to bring out a truth drawn from reality...

And when did you discover your other side?

I am number 12 of my family. I was a kid living in a very big house, on the beach of Las Canteras and from a young age I was in search of my own space, my refuge, in a lost bedroom, so things happened in there. And I think that that's where my other personality was shaped. I used to sit with my legs either side of one of the doors in the room where we kept the sheets and I always used to hide there.

And with so many siblings, how was your relationship with your mother?

Very good because my mother was an only child, she married my father and started having children. She used to read Balzac and she loved his work because he describes very interesting things and things that reflected life itself. She had no literary judgment but a passion for reading everything. And she read it to the people who she worked in the house with. My mother was a very special person and I always got along with her really well. She was very calm, very soft, but she also had inner strength. 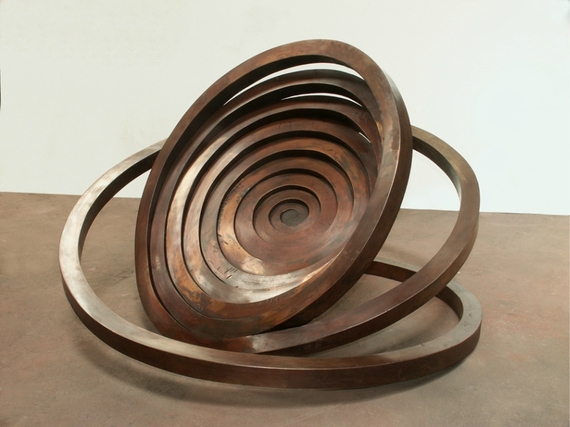 And what do you long for?

I think I'm missing a place where I can belong and just be. My whole life and artistic career has been conditioned by this search.

Throughout your life, what discourse do you think your work has had?

My inspiration has never been divinity, my inspiration is life itself. I'm talking about a spiral that is identity, because it is the spiral of my land and it makes me feel Canary. One day I asked myself why and, in the end, I realized that my fable ability is the same as anyone's else but what I've really done is look and look in a comprehensive manner. I began to study the whole course of the spiral, not only in my town but in others, and how soon you realize that you haven't discovered everything that you were searching for in any of them. The most that can be said is that the spiral is a cultural symbol, although no one knows why it is present in the whole of the universe.

From the Canaries you settled in Madrid, where you lived for several years, and then left for New York...

From Madrid I ended up leaving for New York, but before that, there was a final touch there: the poet John Ashbery, who had come to Franco's Spain together with Frank Ohára. I was the translator for both of them because there were not many people who spoke English in Spain at the time. They came for a few days and had to mount an exhibition at the MoMa and as I translated for them, Juana Mordo was always getting angry with me because she thought I hadn't said what she wanted. 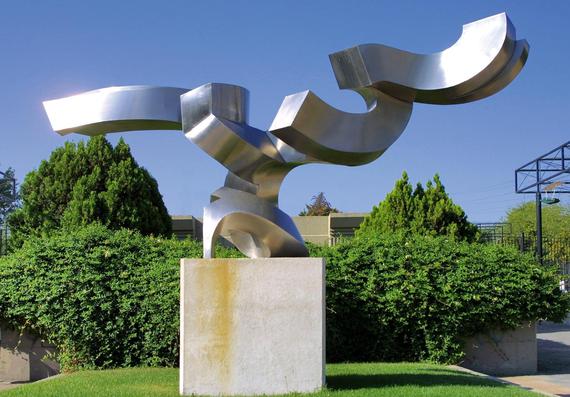 You were an avid reader, what writers have really influenced you?

Many writers, but Joyce was a passion of mine, I also read it in English. I even went to Ireland, to Dublin, after reading Dubliners, to see if I could learn something from that. I didn't find anything. I asked myself, where were the Dubliners from Dubliners? But in the most exquisite sense, I didn't get to meet Joyce's Dubliners. It was too late, it was not the right time in history.

You said he was the cause of your insanity...

Until I gained a little understanding of Finnegans Wake, an impossible work that I then managed to translate into my vision of a Latino man. That's why it's very beautiful in Ulysses, when Joyce puts himself in such a strange position, as if he was God. It was set out to achieve a whole, complete thought, it was very difficult, and he didn't achieve it... no one achieved it.

And apart from Joyce, what writers have affected you?

Ortega y Gasset: he taught me to find a way of expression. It was extraordinary for me and I don't think that anyone has handled Castilian better, in such a coherent, perfect way as Ortega y Gasset. I had a passion for it, I even carried El Espectador with me as if it were a comic. Then there's poets, like Antonio Machado, whose thoughts and metaphors I constantly follow. 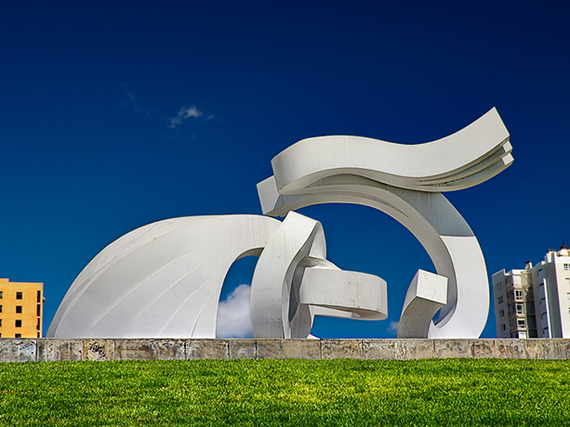 And do you write?

I've never wanted to be a writer because it scares me, because the written word has problems, because you express thought. Rigor will not let me. I write for myself, things about me, what I know, what I feel, what I think. It's as if I had written myself.

And what about that phrase of yours, that you don't make a sculpture but you write a sculpture?

I mean that at the time of making them I have to develop a coherent discourse so that it's understood, it's as if it's written. I write about the circumstances on pieces of paper, a beautiful phrase, what I make of it. I interrelate it all to see what's going on, it's a way of understanding it. 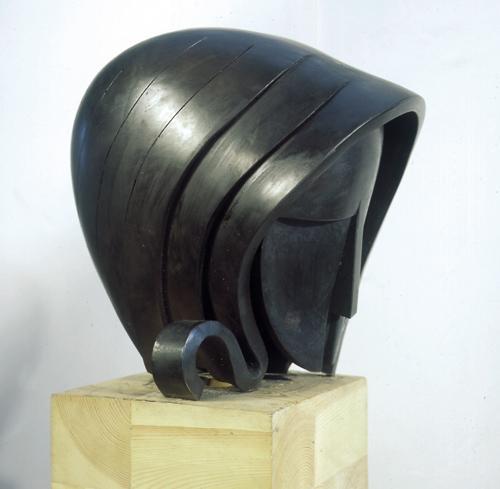 Are your values unstable as a result of living in such turbulent times as you have?

You are not born with values, but you acquire or improve them over time, enriching yourself. Obviously I, like everyone else, have had great trouble for blindly believing something that was not proven. What the church says is somehow passable, conversable, and everything that is conversable is subject to the possibility of this change. But you have to be aware and then step forward and put yourself in another situation. My mother taught me the most basic values, she taught me to be religious and I do not want to fail her so I'd rather believe than not believe, it is a choice, I do it out of respect for my mother. Because if I want to reverence things, I want to respect...

But do you really feel the faith? Or have you managed to keep it up based on desire...

No, because I think that thought is not only subject to passion, but also the brain. I mean, I said the word "reverence", reverence is something self-imposed. But no, I have the chance to demand things of myself, like anyone else.

So we're not talking about faith, but a rational insistence and desire...

Using my brain to keep faith in some values, out of love for my mother.

Of course, I have great respect for others and my mother is the person who I respect most in the world because she taught me things that created great happiness when I was little. And when I grew up she continued being my friend, someone who loved me, and she said to me: you have to really respect others so that they respect you.

Apart from your mother, what other people have affected you most during your life?

One is more frivolous and the other may be more fictitious because he belongs more to the world of art. One is Donatello, someone who impresses me, who has always drove me crazy and his work leaves me shocked when I see it. The other is Greta Garbo, a symbol for me, a cold, untouchable image, I liked her so much...

And what has remained true after so long?

I think the only thing that has really mattered throughout my life is being a liberal, and therefore being liberal and understanding even what destroys me. It's good, it's better.