Sara Zielinski recently visited Michelle Stuart at her Wooster Street studio to talk about her approach to materials and the works in her current solo exhibition at The Bronx Museum of the Arts and her works in the inaugural show at Hauser Wirth & Schimmel in Los Angeles. Best known for her iconic earthworks, Stuart has lived and worked in New York City since the 1960s and has traveled extensively throughout her career, gathering materials from foreign lands and leaving her mark all over the world.

Let's start with your early art education. You were born in LA and studied at Chouinard.
I went briefly to Chouinard. Before that though, I had evening drawing classes after high school classes with Hungarian/West Coast Modernist Francis de Erdely. I learned about classical drawing from him. He and Rico le Brun and Howard Warshaw had an art school.

Among the classes that I took at Chouinard was a ceramics class. There I had one of the most pivotal experiences in art school. Shoji Hamada, a Buddhist and living legend in Japan, came for a demonstration of throwing a pot and the English ceramist Bernard Leach translated his idea of "no-mindedness" and of the Mingei idea of a simple approach and hand aesthetics, they were touring around the country. Hamada sat and turned a simple bowl using a stick to turn the wheel, and there was something about the whole thing. He sat on the ground. He was really one of, if not the, most revered ceramists in Japan at the time, and maybe still is. I'm not sure that I realized it at the time, but there was something about that experience that stayed with me. It was about his attitude towards materials. That materials should be locally sourced. 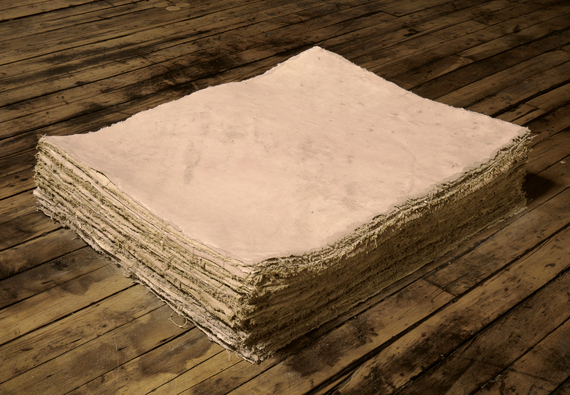 Which was what?
Well, he suggested that nothing that one ever made was perfect or the same, it's a variation on sameness. At that thought you'd put a deliberate mistake in the work so you were still aware of your place. Well, I think that he meant a reverence for the land and the spirit of the land and the spirit of place. I took it to mean that. I'm sure everybody took it in a different way that day. But the whole experience was so different from what was being taught in school; it was about materials in themselves - earth and materials. In retrospect it's kind of interesting that one day can be so important in one's development. 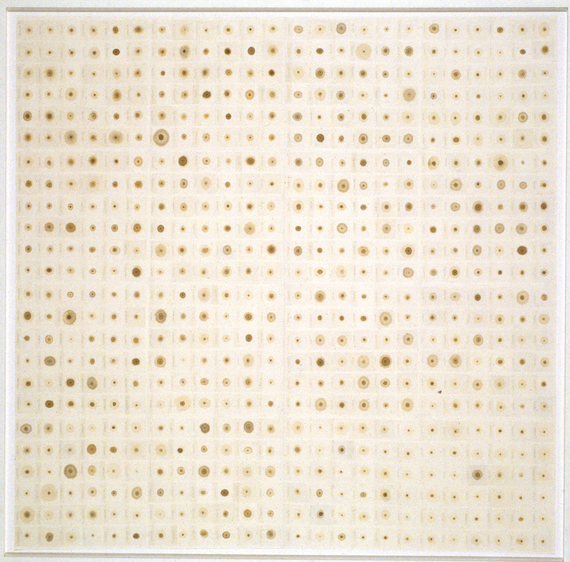 For decades you have worked with organic materials and an almost geometric or scientific aesthetic, grids...
Science and art are hand maidens. Later at the New School for Social Research I studied philosophy and archaeology. One of the reasons that I went to Mexico was to study the Maya culture and then by accident stayed and worked with Diego Rivera on his Insurgentes mural...

You mention the grid - it is not exactly a geometric form for me, it's a "time" scaffolding, a structure on which to place organic forms, to kind of hold them in sequence and place. The grid and the paper like to dance together. I feel comfortable with the structure of it. And the sometimes sequential units that correspond to time.

It's a limitation that you set but that gives you freedom.
I think of it more as something I can play with like hop scotch. And I've used it almost from the very beginning. 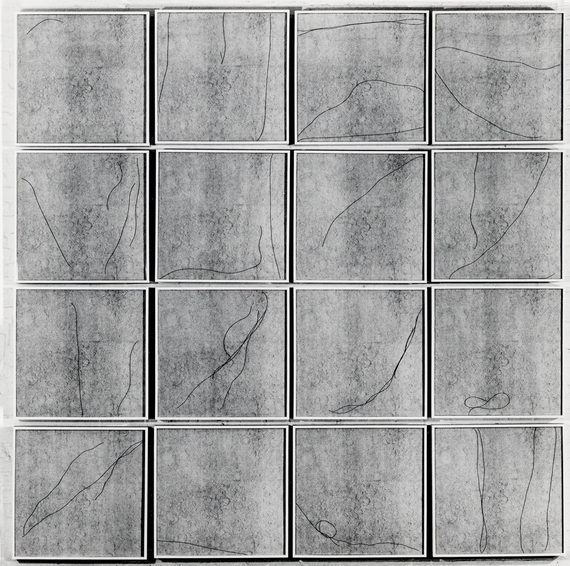 Yes, I started thinking of works of yours that use that format and list just kept going, on to today.
Yes. At my show at Marc Selwyn last year there were a lot of late '60s and early '70s drawings that were gridded. So it goes back to the '60s at least. I was using circles before that [Laughs]. I still use spheres in the photographic pieces, but I incorporate them in the grid. What's that Cezanne said? "All art is cylinders, cones, and spheres" or something like that. It kind of is. 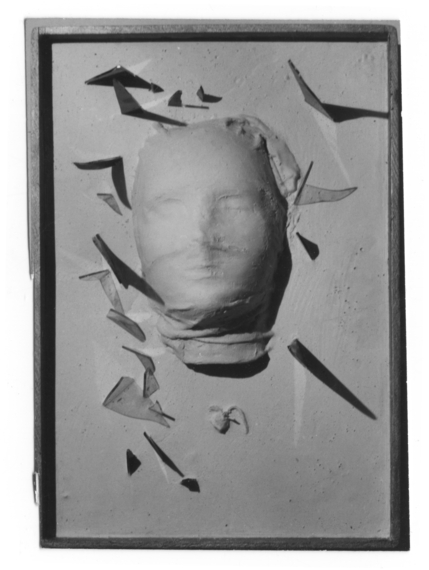 In what ways have you privileged process in your work?
I always have. In the early 1960s, I used plaster and plaster in cotton or linen and that is process-oriented. When I lived in Paris I was interested in Alberto Burri and Medardo Rosso...process artists. I was slightly influenced by them when I was using plaster and fabric and wax and manipulating it.

I wouldn't have put you and Burri together, but hearing you say it, I can see it. I think that I've seen one such plaster piece of yours, in a box.
The plaster pieces in boxes came slightly later. The boxes were the precursor to the grid. And sometimes I'd stack boxes together so they were grid-like. That was before "the grid" became clearly a kind of minimal device. I did it even before that, but I didn't think of it as a grid, I was just stacking things.

The sculptural book objects that I've done really come out of the use of plaster. First I made my own hand made paper in the early 1970's and with some of them that I did in the 1980s - it's definitely clear that the same person who was using the plaster was sculpting with Hydrocal and Structo-Lite. It was the same impulse, really. It didn't look the same, the art wasn't the same, but the same hands were doing it. Frijoles Notebook, for example, was made in New Mexico from mud in an area of Frijoles Canyon when I was traveling there around 1974-75. The paper was immersed in a stream and rubbed with the vein of earth that was nearby becoming a true landscape of the place. 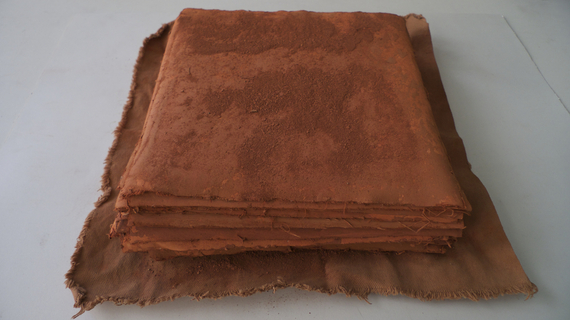 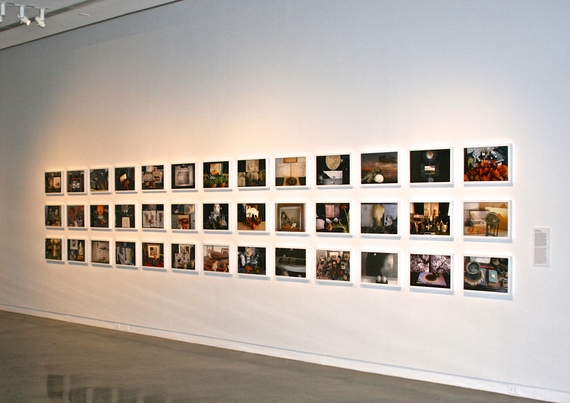 You are an incredible collector of natural elements and cultural objects from around the world and documents and photographs from your own history. How did you bring them together for My Still Life?
Well, I'm a refined bag lady [Laughs]. I was playing around at the end of last summer and I started thinking about doing little theaters, taking objects and then having planes of like-minded or not like-minded scenes behind them. Like a little proscenium stage. So I set up a proscenium and I juggled my objects. That's the only way I can define it. I just started walking around the loft, putting things down in different levels, some tacked up and some just sitting. Some of them were 2D and some were 3D. Foreground: 3D, background: 2D. That's why I think of them as little stage sets.

I realized that they were still lives but they were unusual still lives because I was giving them some depth and dimension by putting photographs behind the objects so some of them looked surreal and that appealed to me to. Sometimes I had to really scurry to find the photographic backgrounds and think of what I wanted to put behind something, whether it was personal or impersonal.

I have to say, it was an artist playing really. Sometimes I would take an empty frame and put objects in front of and behind it. It was almost like the use of raw materials only they were already finished materials. 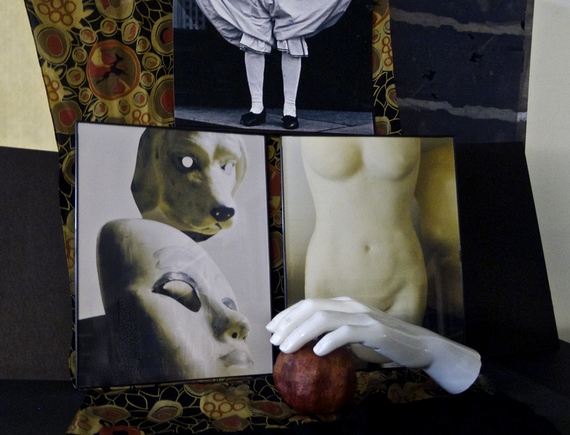 You started with 3D objects and made a 3D set and then photographed it and what we see is flat. It plays with us, the viewer, because you can see depth, but how much depth you see in different areas varies.
I started with photographs on different planes and added objects on different planes.
At the opening of the exhibit I was looking at people looking at that piece and I wanted to ask them what they were thinking about. Each unit was kind of a contemporary trompe l'oeil because they weren't the real thing, but they were the real thing and then they became a third thing. Some of them are like little trips. Like little short stories.

The spacing was intuitive. You can relate the pieces but they don't appear too related. Many of my decisions are intuitive. It's always a combination of the two, but you don't know if your intellect is telling your intuition what to do. 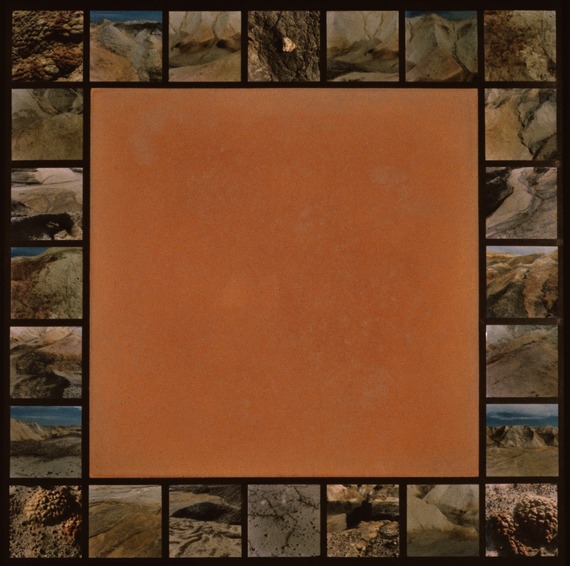 What are you working on right now?
Right now I am continuing to work on the multi-unit photographic pieces that I have been thinking about for the last seven years, trying to find correspondences and relevant insights between art and science, of course memory plays a part in this, because it includes dialogues between humans, constellations and earth, in terms of cycles and time. I am trying to reveal the underlying order and relationships of all things. 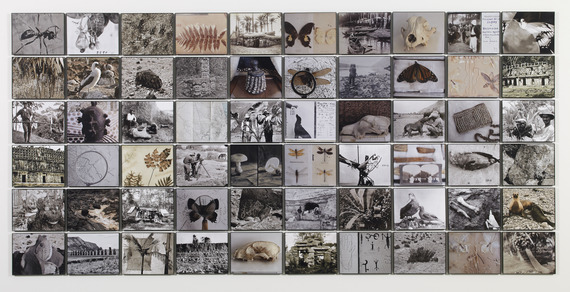 To see more of Stuart's work, visit www.michellestuartstudio.com and www.tonkonow.com. Her solo exhibition Theater of Memory: Photographic Works is on view at The Bronx Museum of the Arts through June 26. Revolution in the Making: Abstract Sculpture by Women, 1947-2016 opened at Hauser Wirth & Schimmel in Los Angeles on March 13 and will be on view through September 4.