Rocky Carroll has done it all. Comedy on the sitcom Roc, drama on Chicago Hope and lots of theater. He's currently playing NCIS Director Leon Vance on the CBS series NCIS. He talks about the difference between theater and Hollywood, working with his buddy Mark Harmon again and why NCIS has managed to go for six seasons. 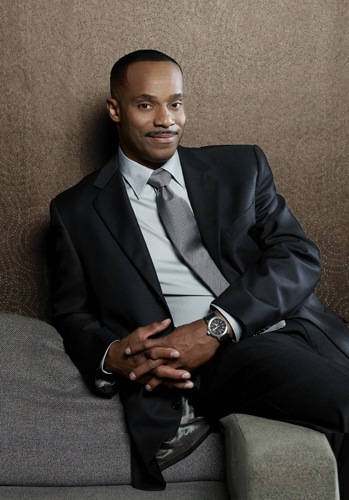 Question: You have a pretty extensive theater background. How did you get involved with acting to begin with?

Rocky Carroll: I think it has more to do with location than anything else. When I grew up in Cincinnati, OH, in 1974, the Board of Education set up the performing school, similar to the New York performing arts school and it was in walking distance from my school. So the art teacher at the elementary school that I was already going to said, 'You're a class clown. You're always getting in trouble for being obnoxious. So audition for this school.' And literally, that's how it happened...I went in and from grade 6 through the rest of my education.

Q: I know you've done a lot of Shakespeare. Do you have a favorite role?

RC: A favorite role. Let's see. I've done so many of them...it wouldn't be any of the big ones. I think Mercutio in Romeo and Juliet would be my favorite role. I've never played it but I would love to do it.

Q: You've done so many different types of roles in your career. Do you have a particular preference?

RC: No, I mean, I've been very fortunate...I think the primary difference between stage and screen...it's very easy to adapt a persona or to be labeled a comedic actor or a dramatic actor in the film and TV world. Actors on stage, you can go from playing a myriad of roles, from Shakespeare to a Eugene O'Neil drama, and it's the norm. I came up in a world where you're supposed to be able to do three things very well. Act, sing, dance, paint, do something. The emphasis was on versatility. It's so funny because, here in Hollywood, and actor who really is versatile and who has the ability to transform between comedy and drama roles is considered a rarity. You know, you can play yourself and make a very good career out of it. Do the same type of role, the daring, good-looking, dashing kind of guy. I mean, there's a role for that guy in television, films, whatever. But people who are able to shape-shift and go from drama to comedy to whatever, there's an art to it. Especially in Hollywood. The actor has to really be emphatic about doing it. Because you get in a successful drama or a successful comedy, all of a sudden your agents and your managers are saying, hey, this works. Let's stick with this for the next 15 years. I guess I've been very fortunate. After the series Roc ended, every role offer I got was for the wise-cracking, ne'er-do-well brother or boyfriend and I could have made a very good career doing those characters. A different name on a different network. But it was a conscious choice I made. 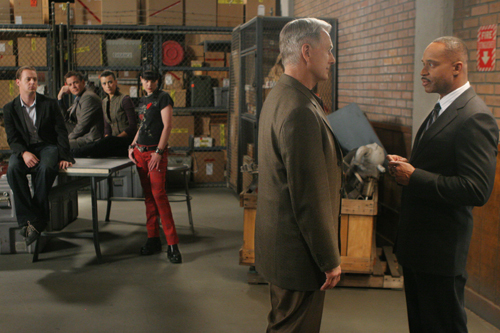 Q: NCIS is certainly a departure from Roc. Can you talk about getting into a show that was already so established and successful?

RC: It was a series of very fortunate circumstances. My biggest 'in' was that I had a previous relationship with the show's star. Mark Harmon and I worked together on Chicago Hope, and I had done three different shows and three different series regular shows for CBS. So even though I was new to the show, there were certain aspects that I was very familiar with. The network and the show's stars. If you're going to know one person when you're the new kid on a show that's been on the air for five years, it's good that it's the star of the show.

Q: So how nice has it been to work with Mark Harmon again?

RC: We have a really good time. You know, it's funny because I do a blog for TV Guide and people ask all the time. There's such a tension between the characters. They're so mano a mano and at any time the wheels could come off in regards to them being civil to each other. But if people really knew how much fun we had playing opposite each other, they wouldn't take us seriously. I think when you really get along and you really appreciate each other, it's easy to get adversarial on screen. There's a level of trust there. It's great. Mark is the ultimate collaborator. He really is a quarterback. He was one in college...he has such a great inquisitive sort of personality. It makes him very easy to work with. He's one of those people in my business that I really appreciate...what we do is a collaborative effort and it's sometimes made out to be a competitive sport. But it's not. When movies work or a TV series, when they really work, it's because of the collaborative effort. Competition is the death knell for anything, in my opinion. Especially in Hollywood. When actors are competing against each other, or when directors are competing against actors, it's usually the beginning of the end. And this show has survived for six seasons and it's doing better because it has such a great collaborative effort. The actors actually get along. They like each other...I've worked on shows where the actors don't talk to each other and if they want to talk to each other, they talk through the director. What kind of existence is this? If I have to spend 14 hours a day with somebody, we're in a relationship. We'd better talk it out. It's just mind-boggling to me.

Q: Especially after working in theater where you're used to a cast camaraderie.

RC: Theater is such a collaborative art. Hollywood is a competitive sport. I'm still adapting to that reality. I was talking to a friend of mine who is a director, someone I really respect. And I said, 'Why is that the case?' And she said to me that you have to understand that in Hollywood, a lot of times your career is based on things you have absolutely no control over whatsoever. If it were purely based on your talent it would be one thing. But we all know that that's not the case. There are some incredibly talented people in this town who can't get a break. And then there are some people who's talent we may or may not be so high on, but they're well connected. There are so many way to have a career in this town. And I think sometimes that plays into it. And a lot of friends of mine have come from theater or come from other aspects before coming to Hollywood. It takes a long time before you realize that you don't have much control. And even the ones who are successful, there's the same sort of uncertainty and neurosis in some of the most successful, A-list actors. Any day the tide could turn. You have one or two bad films and now you've got to make a comeback.

Q: Everyone I've spoken to especially enjoyed your scene with Abby (Pauley Perrette)...

RC: It's funny. That was my favorite scene, I think, so far. The Vance character is such a definite presence and we really kind of get a kick out of putting him in scenarios with different people. And he and Abby are opposites. I think that's the one thing I really enjoy about the show. The underlying sense of humor about it. They realize that these characters are in a very serious world and it's a Federal agency. But the human aspect of it is not denied. They're not automatons. They're thinking, feeling people. They have their own quirks and they have chemistry. I think the thing that I'm most proud of is that no other series...after five seasons, when a new character comes on, it doesn't click. It only clicks with one character. Then they have to go back to the drawing board and go, this is not working. How can we make it interesting with this character? But this character clicked, no matter who you put him with. Vance and Gibbs, they have a great chemistry. Vance and Abby, it's a completely different chemistry. But it works. It is a lot of fun. 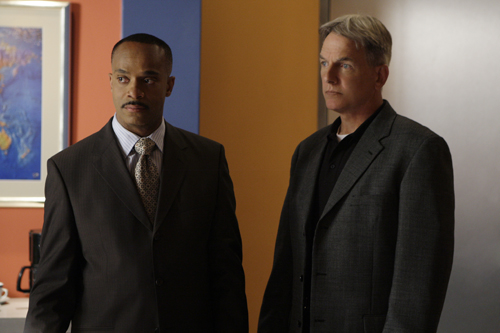 Q: Do you have a favorite story from the set?

RC: Well, you know, I'm still the new guy, so they're in the making. But, you know, they are practical jokers on the set and for the last episode, the final episode of last season, when Vance breaks up the team and I'm standing at my desk with the other cast members standing there so I can give them their assignments and sending them off to different parts of the world...Vance usually has a toothpick in his mouth. They all decided that on my closeup, they were all going to have toothpicks in their mouths. So when their backs were to the camera and where you couldn't see them, each one of them, very calmly grabs a toothpick in the middle of the scene. When the first couple people did it, I thought, Ok, I got away with it. But then Harmon's got a toothpick in his mouth...like I said. You work 14 to 16 hour days. And everybody's there because they deserve to be there...people think we take the work very seriously. But you can't have an attitude about it. What's the point?

People always say actors only complain on two occasions. When they're working and when they're not. If an actor is out of work, he will say, oh God, just give me something. I just want to get into the room. Any role, any part. I would be so grateful. Then they get a role, a part or a hit series and they start complaining that they don't like this, they don't like that...it's a vicious circle. So I reached the point after the whole experience of my career where I can honestly say that this is a time in my life, with the people I'm working with and the scripts, that it's a great place to be. I have no desire to peak over the fence.

Q: Can you tell us a bit about what's coming up on the show?

RC: Well, we've just finished filming what I'm calling a Vance-centered episode. People are chatting online about when we're going to learn more about the character. And I've kind of liked the character remaining a mystery, but we're going to delve a little more into his personal life and we're going to get to see his family, his wife and children will be in an upcoming episode. And, I think you already know this, but CBS is working on a spinoff of NCIS, which will take place in an episode or two of the original NCIS. So we're going to introduce the spinoff this season as well. I haven't seen a script of it yet but I'm looking forward to it.

Q: How much will you be involved in the spinoff?

RC: Well, from what I've been told my character will be involved in it. The good news is that they can have as many NCIS's as they want but there is only one director of NCIS so it looks like I'll be making a guest appearance now and then.