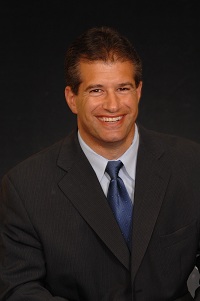 While vacationing in Florida six weeks before college graduation, a repeat drunk driver lost control of his car and crashed into Steven Benvenisti while he was walking with his friends. His legs were crushed, his face smashed through the windshield and his body was thrown 70 feet. His prognosis was poor as he lay in a coma.

Upon a miraculous survival and complete recovery, he is fulfilling his promise that he would devote his life towards ending drunk driving and help those dealing with brain injury.

He is most successfully carrying out his life's work and purpose. As an attorney, he represents DWI, brain and personal injury victims. He's a motivational speaker and author of the book, Spring Break: A True Story of Hope and Determination. His Contract for Life between students and parents has effected positive change in the drinking and driving behaviors of teens.

1. What personal qualities have helped you carry on and move in a positive direction?

I would have to say my self-determination.

Upon awakening from my coma (after my accident) and realizing everything that had been taken away from me because of a drunk driver, all I could think about was how great my life had previously been and how sad it was that my life would never be the same again. I was living with horrendous pain, my memory and cognitive abilities were significantly compromised and it was unknown if I would ever walk again. During those times I reflected on my past.

I remembered my high school football coach who tried to instill in us players the idea that if we wanted to improve any skill on the field, especially when we felt the urge to slow down and give up, we needed to use that as a catalyst to push ourselves twice as hard for as long as possible. And so every day when I ran and started to get tired and slow down, I used that feeling as a reason to push myself (twice as hard for as long as possible). As the football season progressed, my speed increased dramatically. I went from being one of the slowest runners to one of the fastest.

I realized while lying in my hospital bed that if I was able to improve on the football field simply by pushing myself when I felt like giving up, then why not apply that same determination to improving in my recovery. I decided to treat my physical and cognitive therapy sessions like football practice. Many of my therapists shared with me that they had never seen a patient more determined to improve than me. It was that determination that drove me to my full recovery.

2. Did you go through a period of self-pity? If so, what helped lift you out?
After awakening from the coma, I became more depressed than I had ever been. I was at the lowest emotional level I thought a human being could be at. Being happy again one day was so unbelievably far-fetched and unrealistic. I was told there would be little, if any, improvement. I had no idea how I could ever come close to being happy again.

The turning point in my emotional recovery was when I realized that my pre-accident happiness had nothing to do with my good health, my grade point average or even my social life. The only reason I was happy before the accident was because I chose to consume my mind with thoughts that put a smile on my face. In fact, the only reason anyone is happy or unhappy at any given time has little to do with their actual circumstances and has everything to do with what they're thinking about.

While hospitalized, as soon as I realized that being happy in the present moment simply involved changing what I decided to think about, everything changed. I realized most of my grief came from comparing myself to who I was before the accident and the fun life I was missing out on.

It wasn't easy but instead of thinking of all the great times I was missing with my college friends, I thought about how nice it was to be with my family, to have a girlfriend I could talk to, to watch TV and eat whenever I wanted to. When I was in cognitive therapy, instead of thinking about how sad it was that I was no longer an active college student earning credits towards graduation, I thought about how cool it was that the more I read, the easier it was to understand what I was reading. Instead of thinking about how sad it was that I could no longer be the same athlete who won races, I made my new sense of athletic purpose trying to walk a little further on the parallel bars. Every time sad thoughts about the past, present or future would creep into my mind, I would force myself to think about things which put a smile on my face. As the months of my hospitalization continued, I gradually came out of my depression.

That way of thinking continued through my three years of law school and the decades which followed as an attorney today.

3. What were/are your day-to-day coping skills that keep you afloat?
After the first month of my almost six month hospitalization, I convinced myself that my life was being wasted away; that every day I was in the hospital was another day of my life being stolen from me. I desperately needed to change that way of thinking because if my condition remained permanent as the doctors said it would, then my entire future would be a complete waste as well.

I decided to transition my thinking into realizing that my hospital time didn't translate into time being taken from me, but rather as time being lived in a different atmosphere. I began to accept that the best place for me in my new condition was in the hospital and that I needed to view my hospitalization and therapy as my full-time occupation. With that change of thinking, I began to feel productive which dramatically improved my self-confidence throughout my hospitalization. It got to a point where it didn't matter if I 'got better' one day, as long as I felt that I was leading a productive life. Treating my hospitalization and therapy as my new 'job' made me feel more complete with a sense of true purpose.

4. What thoughts propel you forward?
Believe it or not, since my accident, although I plan for the future, I rarely think about it. After having almost lost my life at age 21, I realize that tomorrow is guaranteed to no one. The only thing that is real is right now. I live my life with the goal of being happy in the present moment, working hard and treating those with whom I come into contact with the utmost of respect. I genuinely believe if someone wants to live a worthwhile and successful life, all they need to do is have a healthy and meaningful formula by which to live every single day, and opportunity and success will automatically follow.

5. What advice can you offer someone who's been in a traumatic accident, in the hope of rebuilding his/her life?
Regardless of whether they ever 'get better', it's important to find happiness given their current circumstances. When I learned the grim prognosis for those who sustained my kind of orthopedic and brain injury, I made up my mind that I couldn't base my happiness on hopefully getting better one day. That way of thinking meant there was a good chance I would never be happy again. What I described above and more at length in my book, is how I found the pathway to happiness. Simply put: Your emotions are controlled by what it is that you're thinking about.

Mental health expert and the author of Living Well Despite Adversity: Inspiration for Finding Renewed Meaning and Joy in Your Life