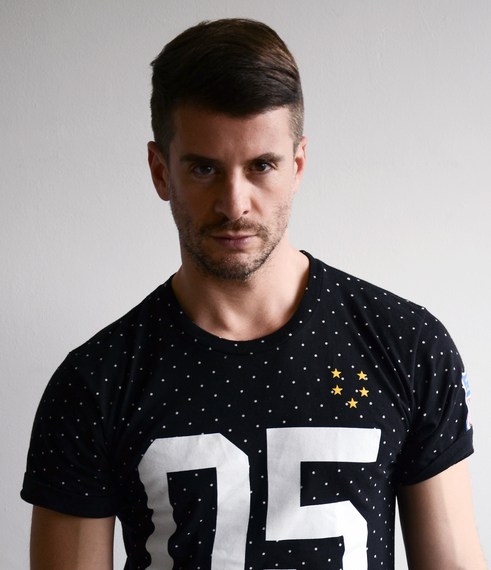 Alexis Gregory is one of the most talented and generous young performers/ playwrights working today. Whether he is part of an ensemble play by Rikki Beadle-Blair or writing his own pieces, his work consistently dazzles. That he approaches his craft with humility, perseverance and a sense of fun is a testament to his character. We sat with the London-based Gregory to discuss his new play, "Safe", which focuses its lens on the plight of homeless LGBT youth.

How did 'Safe' come about? What was the genesis of the play?

"I met Tim Sigsworth, Chief Executive of the Albert Kennedy Trust, which is a charity helping and supporting homeless and at risk LGBT youth, when he came to see my play "Slap". Shortly afterwards I was nominated for an award and I was seated next to Tony Butchart-Kelly, Communications Officer for the AKT. Tim, Tony and I met up shortly after with the idea that I might run a one-off drama workshop for their young people. I ended up coming up with the idea of a verbatim play based on the young people's experiences and calling it "Safe", and so it was set there and then. We all got more than we bargained for at that coffee meeting!"

Was it a difficult piece to write?

"Not difficult as such but a completely new way of working for me. At times it felt more like investigative journalism. With my previous plays I hadn't had to transcribe and edit interviews and create cohesive (hopefully!) and compelling storylines that cross over and intertwine, though most of my other work is multi-themed too."

As an actor and playwright, had you had experience before with verbatim theatre?

"As an actor, I have had some. As a writer, no. I've never created anything like this before, but there is no doubt in my mind that this is the right way to present these young people's stories, which I consider to be astonishing; a young Nigerian-born gay male threatened with being sent back to Africa for "curing", a trans woman's amazing journey from coming out (as a gay male) at eleven years of age to surviving abusive foster homes to transitioning and becoming a role model for the AKT - as all of these young people are; a gay trans man's journey too, from identifying at first as a gay woman and then realising his identity lay elsewhere. They are all stories of survival, in fact. These stories speak for themselves and don't need any extra dramatizing from me, although Robert Chevara - my director, who is great - and I will be doing something very interesting with the staging."

What do you hope viewers take away from the play?

"I hope it raises awareness of the charity's work. The play focuses on a particular LGBT experience -i.e. that of hostility at home, issues around coming out etc. and those of sexuality and gender - but I made sure the play covers other themes too; family, addiction, childhood and the transition to adulthood, relationships, identity, and religion. I consider "Safe" a highly political piece of theatre. I hope the audience relates to it and learns something new too, and I hope we are all reminded to look beyond possible immediate labels we may place on individuals."

What are you working on next?

"Bringing back my debut play "Slap" later this year, finally, for its first official full run, once again directed by the wonderful Rikki Beadle-Blair, and then working on my second play, "Bright Skin Light", with Robert, which has had some workshop performances already and which we are developing for a 2016 or 2017 run. Oh, and I better write something new too."

Alexis Gregory's "Safe" is playing at The Soho Theatre, London on Friday 26th of June, 4pm. You can purchase tickets here.