We The People: The Market Basket Effect is a documentary that focuses on the dramatic relationship of the Demoulas family over control of their $4 billion supermarket chain, Market Basket. I spoke with Robert Friedman and Ted Leonsis about the production of their film.

Sam: So how did you initially acquire an interest in this story?

Robert: Well, I've done a lot of documentaries, and a lot of feature films. I got a call from my buddy, Nick Buzzell, and I'm on the board of his company. He had grown up in Lowell, and he said "You're not going to believe what's going on, there's this company with 25,000 employees and all of the sudden they're walking off the job". So I thought he had to be joking, because it was almost a metaphor for what was going on economically in America, the one percent versus the ninety nine percent. There was an amazing amount of coincidence that this was going on, and this was almost like the #protest that we have in the world today. This was #protest, and people putting their money where their mouths were. It seemed to me that this could become one of those incredible films that isn't even scripted, because you couldn't write this even if you wanted to write this. So I called up my friend Ted Leonsis. Ted and I had been, interestingly enough, with HuffPo. So I said to him "Ted, you're a Greek. You're the only other Greek I know. This is an amazing story about two halves of a warring Greek family". And not only did he agree that it was an amazing story, but he also told me that he grew up in Lowell. So Ted knew everything that was going on in this market. It was almost like our Arab Spring.

Sam: I know that your narrator, Michael Chiklis, also grew up in Lowell.

Robert: Well, here's a funny story as to how that happened. Michael and I know each other, we are working on some projects together. He had grown up in the town, and I picked up the phone and called Michael. This was right after I had gotten off of the phone with Ted. So I asked him if he'd be interested in doing the film since he grew up in Lowell, and he told me that he not only grew up in Lowell, but that his grandfather worked at DeMoulas Markets, so he couldn't believe that someone was telling this story.

Sam: Wow, what an amazing coincidence!

Robert: So the only two Greeks that I knew had either worked at DeMoulas or grown up in Lowell!

Sam: I also wanted to ask you guys about your personal opinions on the events that surrounded this legal battle. You mentioned before how the story is one of the many against the few, and so I was wondering how you feel that relates to some of the bigger picture issues going on in America today?

Ted: It obviously strikes at the heart of the great debate today in politics and business, on "how do we expand the middle class". That is what was so brave and courageous when these 24,000 workers walked off their jobs. 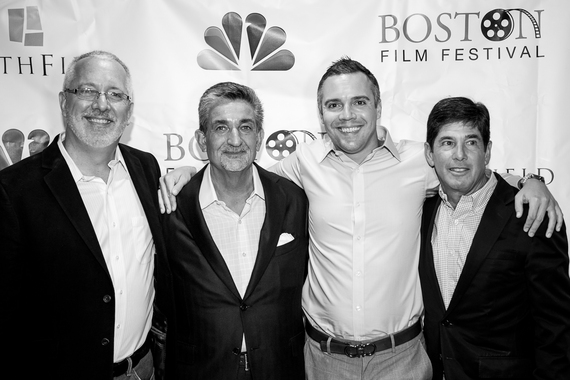 Sam: That was them literally sacrificing what they need to live in order to be heard.

Ted: It was a great risk, to right a wrong. And they feel like they're all in it, I think Market Basket and the people of the company really serve as a proxy of what business can be. It shows the best of it, too, it shows that the little guy can overcome.

Robert: I think it was also interesting that consumers actually put their dollars on the line. Because they got their food elsewhere for a higher price in protest.

Ted: DeMoulas and Market Basket can out-execute a Walmart by offering the lowest prices at a very high quality, with workers that love the organization and the boss. There's something magical going on there.

Robert: And I think with the personal aspect of business today, there was a line in the movie when someone says "When I go back to that supermarket, I see the same person at that checkout counter". That was amazing for me to hear.

Sam: What would you say is the outstanding message that you are seeking to push forward through this documentary?

Robert: I think the takeaway is that such a desperate group of people, that exists in so many situations around the world, can speak with one voice so quickly. And that might be the power of social media, but it's also the power of running a company the way that Market Basket was run. 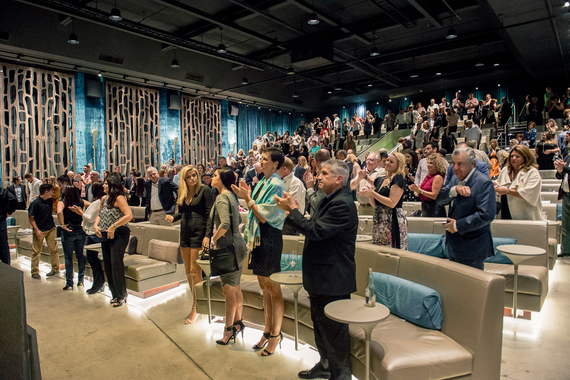 Sam: Thank you both so much for your time!

A young journalist and screenwriter working in Boston and LA.