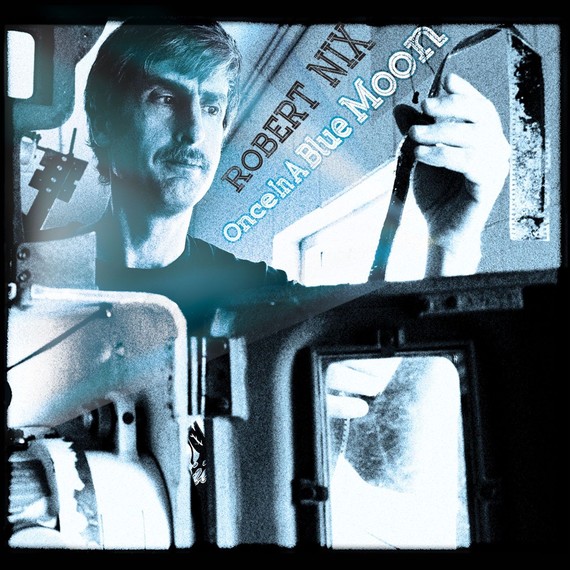 Alternative artist, Robert Nix has just released his 5th album, entitled, "Once In A Blue Moon," which includes his lead single, "Won't Go With the Flow."

Robert incorporates alternative, postpunksynth, new wave, pop, classical and progressive rock into his songs, which are hauntingly unique. I was able to get a quick look into the essence of Robert Nix, and talk about his music and artistry.

Your songs are really unique. What is inside your head when you write them?

Do you have one song on your new album that means more to you than the others?

I would have to go with the first single/video/soundcloud track 'Won't Go With The Flow,' a song dedicated to those with independent thought and I just might be one of them.

Do you have a favorite artist?

Are you planning a tour to support the album?

No, I'm staying right here in this medium sized room in a basement but if these songs were the product of a band then the answer would be yes.

How many instruments do you play?

Let's see...piano and the saxophone were the first 2, then a little drums, took up violin briefly then heavily dove into synthesizer keyboard (I actually own the vintage Moog Liberation -- the world's first 'keytar'), then electric guitar followed by acoustic guitar (a completely different animal) and some bass guitar.

Also, I think singing qualifies as an instrument as well or as a torture device depending on the singer...

Do you feel like you were born to play music, and that there was never a choice to pursue any other path?

I'd have to say yes, as it's in my genes courtesy of my trombone playing father who backed U.K. singer Tom Jones in the '70's, which I always mention -- 'It's not unusual to want to throw up all over you' was his breakthrough hit in the '60's I think.

As individuals we can pursue other paths but because time is such a valuable commodity we really should only focus that time on what's really important to us.

Does the album have a general message or messages that you are hoping to get out there?

Absolutely, and it's a song by song delivery of the messages. For example 'Watch Us Fall' is observing mankind turning a blind eye to environmental destruction and population growth.

Here's a lyric from the track: 'Look all around you and what do you see? The flora and the fauna destroyed by greed, surely there has to be another way as the human race grows exponentially and if we don't stop growing then you can watch us fall'.

Your biography was just written, what is the title of it?

Do you have a next project in mind?

Yes, I'm just about ready to mix my first song post 'Once In A Blue Moon'(the latest album) and I'm pretty happy with it so in 2 to 3 years I think there's a good chance there will be another album released -- if it's not released within 3 years then you know I decided to dedicate my life away from being a recording artist to instead being a window washer for all the accursed Trump Towers in this world.