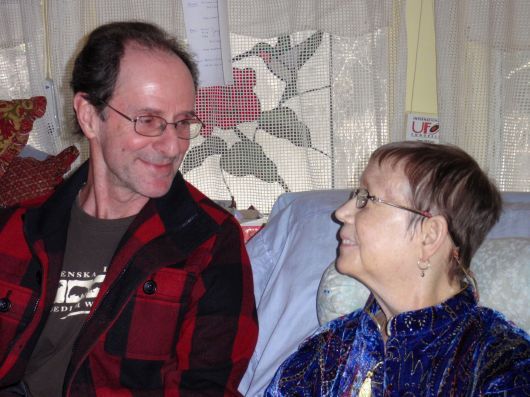 What is the first thing that comes to mind when you hear the word "technology"? Does the image of an iPhone or computer come rushing to your internal visual screen? Why is this so? Is it possible that the dawn of technological advancements have influenced and overshadow other forms of technology?

I tend to believe this is in fact the case. As a civilization, we have forgotten the magnificent power we posses at our core essence. Let's take a little trip down memory lane to see if we can reconnect with this intrinsic knowledge in a visceral way.

Webster's definition of "technology" is: "The branch of knowledge that deals with the creation and use of technical means and their interrelation with life, society, and the environment". Fascinating to note that nowhere in that definition is there mention of a mechanical apparatus. So what's the missing link? Why, when and how did we loose track of our ability to interconnect with others and with our core self. Has it occurred to you that the art of interpersonal relations at any level requires knowing how to intimate? And how is it that the mere mention of the word "intimate" or "intimacy" sends chills up most peoples spines? Why do we fear getting too close? Where did this programming and fear emerged from?

Intimacy, again, defined by Webster as: "An intimate quality or state: such as emotional warmth and closeness" Another way of stating this word is "into-me-see" for it is in seeing others that any one of us is able to experience and learn about the "I". The one constant aspect that has accompanied you since the conception of your soul.

Last week I had the privilege of interviewing Jim McCarty who is better known as "the scribe" in the five volumes of books titled Law of One and also known as The Ra Material. In our interview, Jim discussed many things such as past lives, soul contracts, and service to others. One of the things that Jim has recognized as part of his evolutionary path, has been the work that he and his partner Carla Rueckert have done related to intimacy and sexuality.

In our youtube interview, Jim shared how two people that are dedicated to their spiritual enrichment, can greatly benefit by following the old principles of "High Sexual Magic", which are becoming known in our mainstream as "Tantric Sex".

According to ancient Egyptian knowledge, which have been hidden for centuries, the body is a vessel capable of attaining higher states of consciousness by exchanging sexual energy. The process requires great attention and focus on the couples's breath. One exhaling while the other absorbing the output, then reversing the role. This wave of breathing causes an elevation in energy. The eye to eye contact also enhances a loving connection and spiritual partnership.

The Egyptian Ankh, also referred to as the "breath of life", was used as a vibrational tool and a symbol. As a tool, it was used much like a tuning fork. As a symbol, it representing the catalytic effect created by ankhing one's sexual energy through the spine, circling it over the head and moving it downwards for sustained energy and pleasure. This technique can amplify the intensity of an orgasm by three times and aid in sustaining its longevity while increasing vitality and health. These techniques are truly thought of as art form, and only the spiritually committed lover would gain mastery.

Intimacy is probably a legitimate path to the Creator

I find the above quote to be one of the most affirming and powerful statements I've heard anyone say. The splendor of this statement reverts back to that moment when one allows another to see into you. To look into the soul of another only to find the mirror of the self. As one looks at the self, the universe reveals all its majesty. One then becomes a fractal of the all.

On April 1st, 2015, two weeks after our interview, Jim wrote on the Camelot Journal

My Sweetie is gone. My dearest, darling Carla Lisbeth Rueckert-McCarty passed into larger life this evening at 6:50 pm EDT. I had just awakened from my afternoon nap and was watching the national news on television when I noticed that her eyes were open and she seemed to need something. I offered her water which she pushed away twice with her hands. Then she got a look of total surprise on her face, gasped three or four times, and left her earthly body as I held her in my arms. Her passing was peaceful and quick

Carla was an inspiration to many including myself. I personally met this beautiful soul and shared a few hours where she infused me with her love for the work to which she dedicated most of her life. I felt I knew her for a lifetime even when I had just met her. I realized once more that time and space are immaterial and the soul can know everything by seeing deep within the eyes of another and finding that the universe resides there awaiting for us with great anticipation.