Every weekday morning at 7:45 a.m., I make my 11-year-old daughter's school lunch. It is something I generally complain about doing. My daughter attends a public elementary school in Washington, D.C., at which a hot lunch is served everyday. She won't eat it. I insist she's being too fussy.

Each month a menu comes home in her backpack. I survey the offerings provided by a food service company contracted by the D.C. school board. We're now in the post-Michelle-Obama school lunch era, and school boards are no longer able to get away with classifying ketchup and French Fries as "vegetables." Thus the menu itself reads like something from a trendy farm-to-table restaurant:

Or how about this, which was served earlier this month, on the caterer-declared "South Korean Embassy Day!":

"I would love to eat this food!" I tell my daughter. "What is wrong with this food? It sounds delicious -- and certainly better than anything I throw together for you. "

She takes the menu from me and examines it with the disdainful air of a defense attorney before placing it down on the kitchen counter.

"Mother," she says, "the food is nothing like this. They just write it this way to fool the parents."

My daughter goes on to remind me that her particular school lacks a proper cafeteria, in which the food can be prepared and heated. Instead it is delivered by a truck, in big serving vats. It is then spooned onto the children's plates by a lunch lady.

"It's disgusting, Mom," she continues. "The chicken is, like, rat meat or something. I don't know where they get it. Probably from rats. The sauce is slimy or gooey, and there are always these things in it --"

"Maybe they're vegetables. My friend once found an insect in his. It was so gross. And Miss [Lunch Lady] -- the other day I saw her sneeze into the soup and ..."

I guess the problem is that once you stop serving kids pizzas or geometrically shaped deep-fried food -- even if it's deep-fried rat -- it ceases to be recognizably "safe" and "familiar," with no unexpected texture or sauce. (And it may also be, as my daughter suggests, that there is a certain amount of caterer spin going on as to what kids are actually being served.) That the daily consumption of a junky diet is going to lead, however, to the heart disease or diabetes that one day might kill them is not something that troubles their young minds.

And my daughter is not alone in her view. Something of a civil war between American students and their cafeterias erupted this fall, when lunch time 850 calorie-limits imposed by Congress in 2010 took effect.

Turns out, students like their shockingly unhealthy lunches. They resent the First Lady's interference with their menus and government-imposed mandates to eliminate junk food and sodas from their lunch trays. They don't, frankly, care about rampant childhood and youth obesity rates and the importance of healthy eating habits. They're happy to tell Jamie Oliver to go stick that carrot up his ... Well, you get the idea. And if you don't, in that typical Gen-Y way, a group of students produced a YouTube music video, rather melodramatically entitled "We Are Hungry," to complain. The video has received more than 1.1 million hits.

So what to do? The students scored a victory of sorts recently when Congress last week relented on the calorie ceiling, allowing "school lunch planners to use as many grains and as much meat as they want.

"This flexibility is being provided to allow more time for the development of products that fit within the new standards while granting schools additional weekly menu planning options to help ensure that children receive a wholesome, nutritious meal every day of the week," [Agriculture Secretary Tom] Vilsack said in a letter to Sen. John Hoeven, R-N.D.

The new guidelines were intended to address increasing childhood obesity levels. They set limits on calories and salt, and phase in more whole grains. Schools must offer at least one vegetable or fruit per meal. The department also dictated how much of certain food groups could be served.

And it's not just U.S. politicians and schools who are grappling with this issue. According to recent studies by the Organisation for Economic and Co-Operation Development of its 34-member democratic countries:

These countries too are facing upheavals in their diets, their ways of lives, their habits of eating. It's not just American kids who aren't getting enough exercise or consuming too many sodas and processed foods.

Thus the idea of launching a School Lunch Project: We wish to create a forum in which we can swap stories, share ideas, and start tackling the problem together -- not simply as "societies" or "governments" but as communities, mothers, fathers, experts, and yes, you too kids. This project will run across HuffPost's international sites -- in the U.S., Canada, UK, Italy, France, and Spain -- where we hope to start the conversation locally as well, in whatever dialect you happen to speak.

To kick it off, HuffPost worked with the data research company RIWI to produce the first "High School Lunch Index" -- which surveys the attitudes of high school students towards their school lunches in six countries. You can read about what students think here.

And if you're wondering what DO students in those countries typically face in their cafeterias each day -- click on the slideshow below.

PHOTO GALLERY
School Lunches Around The World
Download
Calling all HuffPost superfans!
Sign up for membership to become a founding member and help shape HuffPost's next chapter
Join HuffPost 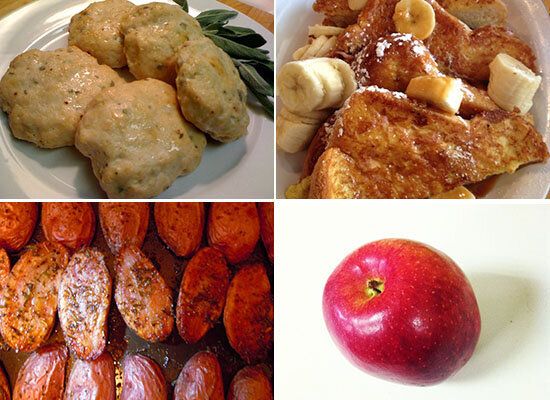