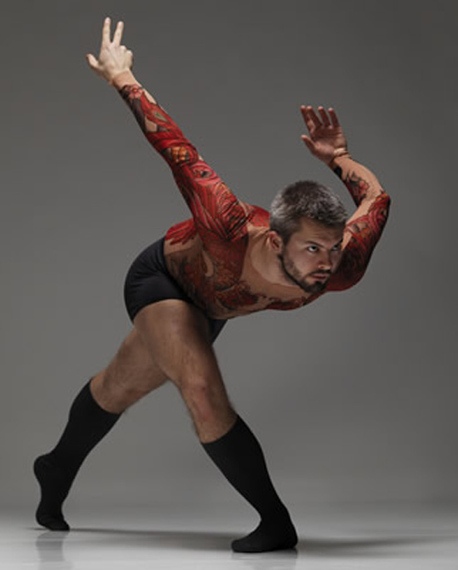 Joshua Beamish in his choreography Pierced, photo by David Cooper

Marvel Comics has missed an awesome super-hero -- Choreo! Choreo speaks to anyone, anytime, and is always understood; Choreo needs no capes, laser eyes or magic belts -- all he needs are dancers and space (sidewalks, subway platforms, stages or malls). And Choreo's statements can be repeated endlessly into the future!

Enter Joshua Beamish (from Kelowna, BC, Canada), our first super-hero to be presented in this Golden Age series. He is handsome and young; at once strong and kind. His clever muscles are powerful, gentle and sensual. He blends gesture, athleticism and dance as he weaves his magic. His deep-eyed boyish face silently asks dismaying questions, while deft quickness of mind and cunning insight baffle and beguile. His movement language is exciting, comforting and illuminating. And with all of this, his unique new voice gives evidence that fine art is at last returning to the stage.

A Talent from the Start

Choreography is his destiny:

My mom gave birth to me and weeks later I was in the studio with her while she was teaching. So she put me in tap dance first because I could make noise, and have fun. Then she put me into ballet from there, jazz, Ukrainian, Highland dance, musical theater, modern dance, hip-hop; I basically did absolutely everything. And I liked ballet the least.

Handed quality dance training from the start, he might have just enjoyed this activity. Yet his ambition developed:

I always thought I was going to be a commercial dancer. So my whole goal was to move to LA, and dance for Janet Jackson and Justin Timberlake, be in music videos and world tours -- I lived for that. But I also loved improvising. 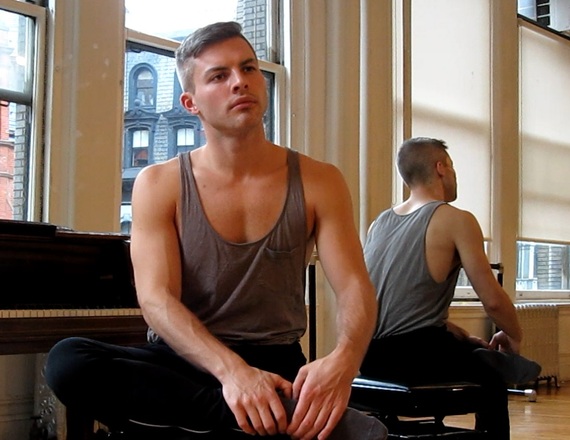 This love evolved to the point that artistry eclipsed commercial interests.

So I think inherent in me was this interest in movement exploration, and contemporary expression through my body. And the older I got, and the more I used that as a vehicle to express my artistic interests, the further I moved away from commercial dance, and it became something that I [only] ever did to make paychecks every so often to support my artistic work.

Beamish choreography does not begin with an idea, something to say. He explores kinetic instincts and impulses, usually responding to music. He believes in his sensibilities, confident we are all similar. After his stream-of-conscious motion poetry is invented, he places movements into the bodies of dancers, watching the results. Ultimately, then, he organizes what he sees -- finding eloquence, dissonance and interrelationships -- creating the embryo of a new work.

Once the piece is set, and the movement has been settled into something, then it's very much about something for me. And the pieces have very clear ideas and messages and feelings that I'm trying to communicate. And I will direct the dancers within that movement almost like actors delivering lines in a play. And so my direction process moves into very much like a theater director, even if my work is highly kinetic and virtuosic. But, because it's also so gestural, I think they need to understand what those actions are saying inherently to someone.


He says of movement's universal language:

I believe that actions always say something --anything anyone does with their body: body language, that's what it is. And so the engagement and resonance of what actions leave us with are of my primary artistic concern. 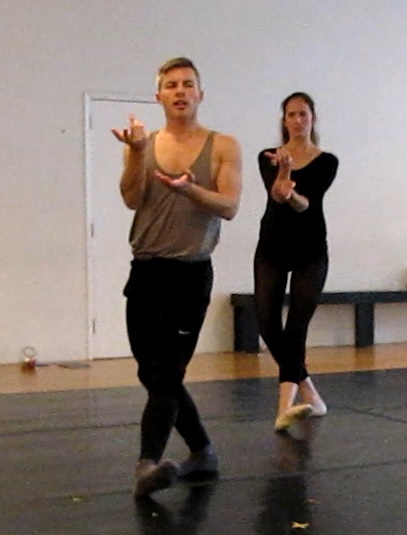 Sitting in the audience, Beamish choreographic works bring awareness of connection, opportunity, and the need for each to understand the other. His choreography shouts: pay attention!; look at each other!; listen to what is being said!; never forget you are NOT alone in life!

His work Tools for Cutting shows both the awkwardness when forced to do something that is against one's nature, trying to fill expectations' big boots, and also the fulfillment when you are allowed to be who you are. Thus, by contrasting rejection with the ecstasy of celebrated personal truth, he instructs us.

Marcato shows that interaction changes us, forever (birds in the wild, after human touch, never easily rejoin the flock, if they do at all) -- we must always choose carefully; accept broadly the implications of our every choice and encounter. With simple and symbolic costuming, he illuminates this experience we all share as we grow and evolve.

Les Oiseaux, (begun on students, then developed for his company), freely draws from natural movements of birds, including aggression. His corps de ballet (not shown in the clip below) is used as a subtle metaphor: they/we watch birds, unable to change or teach them, but able to learn from them. On- and off-stage audiences (integrated and non-intrusive) ultimately return to their/our flight-less lives, mesmerized, but dreaming of flight. In the clip below we see one short section danced by Erik Sobbe.

His solo in Allemande (Beamish often performs in his own works) is an exposé of a watcher. Remaining onstage after a danced encounter, Beamish is thoughtful. His movement, done with abandon, gives permission by example to our own reactions, feelings and thoughts. Then a watcher enters silently, from upstage and to the side (so both the watcher watching and the danced solo are seen). His solo completed, Beamish precludes applause by looking (with a gentle, but intense, gaze) at the watcher, who watches him back. This shared look hangs, suspended, as our own inner dances are allowed to cavort.

A Choreographer and Citizen of the Global Arts World

Beamish, much in demand, deals with such rigors and politics as exist in the Royal Ballet and celebrity dancers' commissions (Ashley Bouder, and Wendy Whelan are just two current commissions).

[When] you are really collaborating with people, and really trying to make something of yours for them, ...you have to balance out how to communicate with them, and how to get as much out of them in that given moment, then come back again and try to get something else out of them the next day. So the way I have been introduced into the world of celebrity dancer choreography has been a lot about negotiating the psychological aspects of communicating to people who have a set idea of how they are perceived and who they are, and how the public perceives them and who they are. 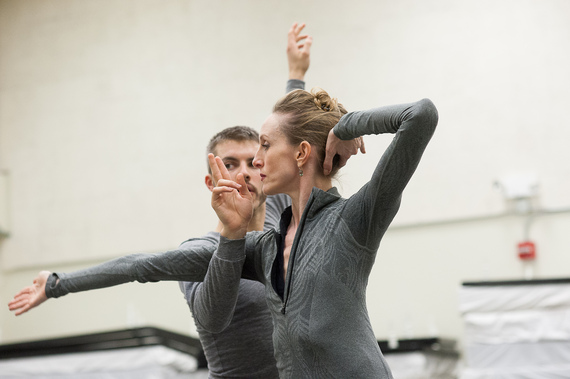 Facing the currently trending "new-is-the-enemy-of-good" sensibilities of boards of directors and society in general (which have converted ballet companies into retail entertainment outlets), Beamish laments.

My choreography does not hold up well after I leave because so much of it is the subtlety of what I'm trying to communicate in the vocabulary... [often] I get the video after I've left, (like a month later); I watch two minutes and throw it away because it's not my work anymore.

Because his works have not yet been anointed as "classics" or "master works," audiences and dancers alike are denied the wealth that comes from well-honed, repeated performances, and the richness that results from the same works being interpreted by a variety of great artists.

Beamish will come of age due to these trials; it is the process. Thus far, throughout these tests of mettle and tenacity, he reliably delivers high-quality fine art -- and only needs a situation with the right balance in which to evolve into the great master he seems destined to be. "I want my work to be done properly, but I also want to...focus on my work and to not constantly be seeking resources to employ people who will be dedicated to me exclusively."

Philanthropists and visionary entrepreneurs must sustain companies which will allow brilliant choreographers like Beamish to create their body of work without distraction. This type of support is a necessary step to creating The Coming Golden Age of Fine Art.

Keep your eyes on this blog for the next in this series: The Coming Golden Age of Fine Art