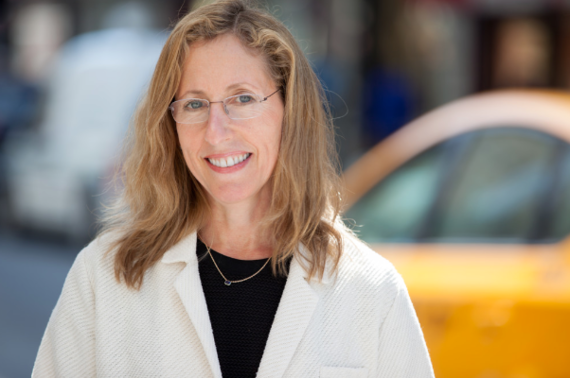 Not so long ago, women were absent in corporate boardrooms, rare in science and government, and had little say over their own bodies. Today, Sheryl Sandberg and Susan Wojcicki run two of Silicon Valley's most influential tech companies; twelve women have won the Nobel Prize in Physiology or Medicine, and women head economically powerful countries, from Angela Merkel in Germany to Park Geun-hye in South Korea .

At Extend Fertility, the very first service in the U.S. dedicated exclusively to women choosing to proactively freeze their eggs, we celebrate strong women who break down barriers, dismiss accepted gender "norms" and forge bold new paths. In this column, I will speak one-on-one with many of these "Rulebreakers", uncovering what moves and motivates them.

For my inaugural column, in celebration of Extend Fertility's grand opening in New York City, I wanted to outline what the "Rulebreakers" mentality means to me.

Elevating women who shatter the glass ceiling, enrich conversations and empower one another reflects the spirit of our work at Extend Fertility.

Extend Fertility breaks the rules in terms of revolutionizing egg freezing - lowering the price, making it more accessible and designing a specialized atmosphere around the lifestyle goals of women who want to freeze their eggs.

It is important to have an open conversation about egg freezing.

In the 70s, 80s and even 90s, huge advances were made around embryo freezing. But egg freezing was only really refined over the last four to six years. Fertility options were rarely discussed and poorly understood, which surprised me.

If you freeze your embryos, you need a partner - it's something of a dual decision. To me, egg freezing is about a woman's body - she is totally in control of it. It gives you more control over your life, and doesn't force you into a situation you're not ready for in terms of needing a partner.

The freedom to make choices and take proactive steps is empowering.

I believe that proactively preserving your fertility allows you to be much more in the driver's seat in your life.

The pill created a sense of freedom for women around the sexual revolution, and from then forward, generation upon generation of women entered the workforce. But for women in the late 70s and early 80s - myself included - career ambition meant that you had to keep quiet if you also had the life goal of having a child. It was hard to figure out how to get that in, and it created enormous pressure.

Women who are willing to speak up about what they want and need continually inspire me.

Michelle Obama, for example, was an attorney who chose to give up her career to be a mom and promote the value of motherhood in our country. She also wasn't afraid to say that she needed help and asked her mother to move in with her, which I think is terrific. In the early 90s, independent, career-minded women had to act sort of tough. To be able to say "I need help with this" is, I think, actually a sign of strength.

I am also encouraged to see a number of once-taboo topics lose their stigma and be more openly discussed.

The LGBTQ rights conversation is, I think, is really important. It was very male-dominated for a long time, but now women's voices are increasingly prominent. Women drive a significant part of the discourse.

I also think it's ok for career-minded women to say they want children in a way that wasn't possible even a decade ago. But I do still think that, unfortunately, if you're white it's cool to be a single mom, while if you're a woman of color it's looked down upon. That is a problematic disparity.

My dream subject for our Rulebreakers column would have been Eleanor Roosevelt.

I think she would understand what we're talking about when we say that preserving your fertility releases women from the pressure to get involved in relationships out of fear that they won't be able to achieve one of their life goals if they don't. She was very much her own person - it would have spoken to her independence, her drive, her belief that women can do whatever they want.