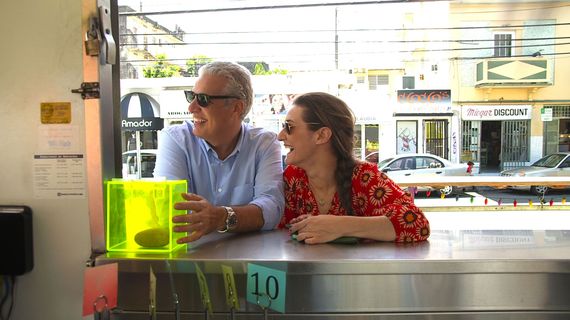 It's not easy to introduce the king of restaurants, chef Eric Ripert, to a Puerto Rico seafood shack he's never heard of. The restauranteur and host of the Cooking Channel show Avec Eric is married to a Puerto Rican (my pal Sondra) and has visited the island at least three times a year for the past 20 years. But I did it. (!!)

Eric was shooting his show in Puerto Rico and called to see if I wanted to come down and learn to surf. Obviously, I said (HECK) yes.


We met up at his hotel, the Condado Vanderbilt (as opposed to my hotel -- the Courtyard Marriott), and when I found out he hadn't been to my favorite food shack, Tresbe, I was shocked. Floored, even.

"But it has the best fish tacos ever," I said.

Related: How to Go Full Local in Puerto Rico 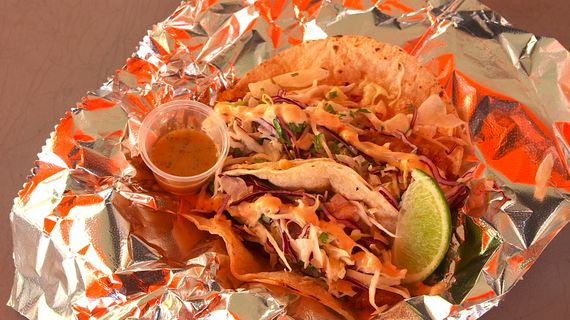 A half-hour later we were digging into the dream tacos, ceviche, empanadas and ... pretty much everything on the menu.

And somewhere, I felt like I won the food gods' approval.

Go now and school your friends and family. It's that good.

*Weird editor's note: There are times in traveling when you think no one is around. Someone asks you to do something like, say, sing on top of a piano in a bar and you think, "Why not? I'll never see any of these people again?" And then you... do. I hadn't seen Eric in a while -- but he'd seen me. A few years back, while in Hanoi, Vietnam, I'd been invited out by a couple communist officials who wanted to play a joke on the American -- by taking me to lunch where only hard alcohol was served and instead of water there was beer. Little did they know I was raised on and below the Mason Dixon Line. Six hours later, not unlike that scene in Raiders of the Lost Ark, they were on the floor and I was at the bar of the Sofitel Metropole Hotel belting out show tunes. Apparently, Eric was shooting a show there at the time, was walking through and ...

"Hey, I saw you!" he said. "I was so dirty -- I had been out in the fields all day so I thought, 'I will go change and come down, but then I fell asleep. You were having so much fun and entertaining the room.'"