On our journey towards self-knowledge, our first impulse is often to turn inward, introspect and self-reflect. We give great weight to our introspections. Most of us are confident that our perceptions of ourselves are more accurate than others' perceptions of them.

Yet psychological research tells us that introspection is often a highly inaccurate source of self-knowledge. An over-reliance on introspection trips one up -- decreasing performance, reducing decision quality and even undermining self-insight. The problems with introspection are threefold: 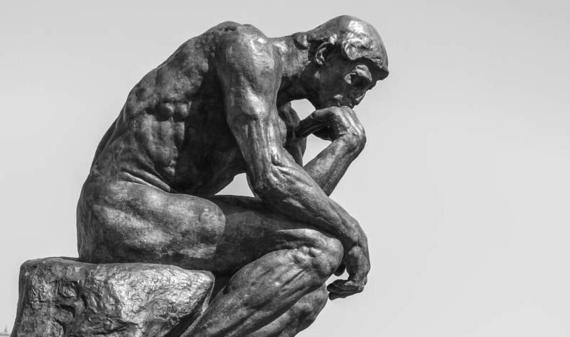 Cognitive biases are introspection's first stumbling block. Significant biases include the inclination to see oneself in a positive and socially desirable way (positivity bias), the tendency for people to interpret events in accordance to their previous beliefs and expectations (perceptual confirmation), and the need for self-consistency.

It is unfortunate that biases training is not part of our education curricula. Many people do not have accurate knowledge about cognitive biases' effects, and the situations where they are likely to occur. Thus, many fail to correct, or even become aware of these biases. We go through life with rose-tinted glasses glued to our faces, and we often forget that they are there.

The difficulty with introspection is made worse by our frequent misconceptions about ourselves, as we turn our rose-tinted glasses inwards. We often underestimate our own susceptibility to biases and overestimate the amount of control we have over our mental processes. Overconfident and under-prepared, we often do not see the need to take the appropriate steps to avoid mental errors.

2) We cannot perceive or correct biases

Even when we are informed and motivated to think clearer thoughts, the architecture of the mind often prevents us from being aware of our mental biases. Many biases work subconsciously, and are undetectable, and thus often uncorrectable, despite our efforts.

These subconscious biases cannot be identified through the lens of introspection, which by definition occurs on the plane of consciousness. Ironically, the inability to detect these unconscious biases lead to people coming away feeling more convinced of their impartiality after attempting to assess their possible bias through introspection.

Even if we become aware of our skewed judgments, we find it hard to determine the specific level by which the bias had affected us. We thus often fail to readjust our views by the proper amount. Those who become aware of possible biases tend to over-correct their judgments. Alternatively, people may underestimate the effects of biases, especially those biases that correspond with their prior expectations, and thus under-correct their judgments.

3) We cannot penetrate our unconscious

Yet our biggest barrier may be that much of our minds are inaccessible, hidden in the unconscious. Even if we could be unbiased in our introspections, we will still be unable to access certain mental processes and attributes. We play on the surface of the water, without knowing how deep the ocean goes.

A clearer definition of the "unconscious" is needed here: I am not referring to the Freudian concept of repression -- mainstream psychology has long moved away from that.

An intuitive example of this process would be our visual perceptions, where much of the process of disambiguating, identifying and reacting to external objects is fast, effortless and unconscious.

The sacrifice we make for our mind's efficiency is that we cannot access the processes that were delegated to the unconscious. When we try to peek into the murky depths of our unconscious through introspection, instead of accessing the desired body of knowledge, we often end up making up information that is drawn from previous beliefs and expectations, like a child seeing faces in the wall.

While introspection will forever remained a flawed tool, there are a few things we can do to patch it up. As a start, education about various cognitive biases and logical errors, their effects, the situations where they may occur, and possible corrections will go a long way to help us introspect more expertly.

Another tip for minimizing biases is to make sure we have enough time and mental energy to "think" well. Researchers found that people who had limited time for reflection, or were under cognitive load (e.g., running out of mental RAM) were more likely to display positivity bias. We are much better introspecters when we have sufficient time, energy, and focus (e.g., no multitasking).

Nonetheless, as mentioned before, there is a limit to what we can anticipate and correct. We need to avoid underestimating our susceptibility to biases and overestimating the amount of control we has over our mental processes.

In order to circumvent the barrier posed by unconscious processes, we might instead turn to our immediate sensory and affective experiences -- basically, to our emotions and gut feelings, as irrational as they may seem.

While trying to decipher the reasons behind certain behavior often leads to confabulation, focusing on our immediate emotional reactions instead may serve us better in our quest for self-knowledge, as they are often a more direct reflection of actual attitudes. In the process, we should also be open to inconsistencies between our gut feelings and our preconceived, and seemingly rational, notions.

In the end, a single observer with only a few faulty tools in her toolkit will produce dubious data. We need to go beyond introspection, and expand our toolkit towards self-knowledge.

David is a research editor at The Huffington Post. He writes at Living Meanings, and you can also find him on Facebook, and Twitter. To read more of his writing, visit Living Meanings.