Introverts have many wonderful qualities that help them shine in the workplace. They have a capacity for deep thought and meaningful (if fewer) relationships, they are able to intensely focus on important tasks and they have heightened emotional sensitivity, to name a few. But when it comes to supporting the success of their extroverted colleagues, introverts may fall short.

Introverts are more likely to give low evaluations of job performance to extroverted coworkers, according to two new studies. They're also less likely to give them credit for their achievements or endorse them for raises or promotions, the researchers, led by Dr. Amir Erez of the University of Florida, found.

“The magnitude with which introverts underrated performance of extroverts was surprising,” one of the study's co-authors, business professor Keith Leavitt of Oregon State University, said in a statement. “The results were very consistent across both studies.”

In the first study, 178 MBA students at a large university in the southeast were assigned to four or five-person project teams for the semester. Halfway through the term, the students were asked to complete questionnaires about their fellow team members, team processes, and their own personalities.

In the second study, 143 students in a management program participated in a 10-minute online game with three teammates. The participates were not aware that the "teammates" were actually fake and controlled by the researchers. One of the fake team members' profiles and comments were manipulated during the game to make them seem more introverted or extroverted, but their actual performance on the task didn't change. The other two were given neutral personalities.

So why do introverts seem to have a bias against their more gregarious colleagues? Introverts may just be more sensitive to others' personality traits, and may have an aversion to high levels of extroversion or assertiveness, the researchers note.

"Any time we evaluate others, there is a potential for bias, in that we can only remember and process a limited amount of information about that person," Leavitt said in an email to The Huffington Post. "So, we filter information based upon what is most “useful” to us. Because introverts themselves tend to be lower in assertiveness and thus prioritize harmony, there is value for them in quickly recognizing traits that signal the potential for conflict."

The research is the first to show how having an introverted personality affects others in the workplace. Previous studies, however, have shown introversion affects an individual's own job performance. Introverts may have more trouble concentrating in noisy open-concept offices than extroverts, and therefore may do better in smaller workplaces, or working for themselves.

"At the heart of it, introverts and extroverts respond really differently to stimulation," Susan Cain, author of Quiet: The Power Of Introverts In A World That Can't Stop Talking, told The Huffington Post last year. "Introverts feel most alive and energized when they're in environments that are less stimulating -- not less intellectually stimulating, but less stuff going on."

This sensitivity may in fact be another reason that introverts judge their extroverted teammates less-than-favorably.

"Extraverts tend to be 'high stimulus' people -- by talking loudly, passionately, and frequently, they quickly overwhelm their introverted teammates," said Leavitt. "Accordingly, we found evidence that introverts experience more negative arousal/strong negative emotions after interacting with extroverts, and generally rate them as being less likeable." 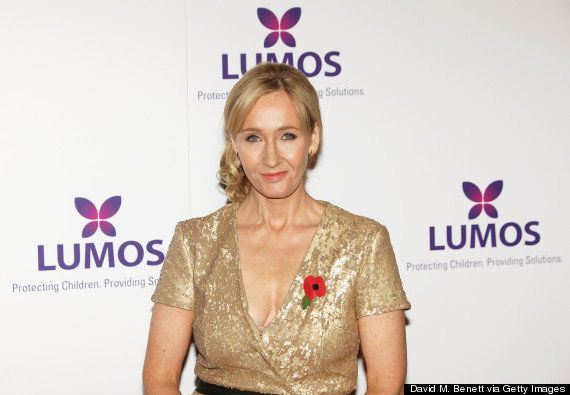 1 / 16
J. K. Rowling
The Harry Potter creator, who was recently revealed as the author of <a href="https://www.huffpost.com/entry/jk-rowling-pseudonym-robert-galbraith_n_3592769" target="_hplink">The Cuckoo's Calling under the pseudonym Robert Galbraith</a>, is frequently <a href="http://www.bbc.co.uk/news/magazine-17510163" target="_hplink">cited as an introvert</a>. People who identify as introverts often report feeling most creative when they're alone with their own thoughts, rather than in groups. Indeed, Rowling <a href="http://www.jkrowling.com/en_US/#/timeline/it-all-started/" target="_hplink">recalls on her website</a> that she first had the idea for Harry Potter in 1990 when she was traveling alone on a delayed train from Manchester to London. "I had been writing almost continuously since the age of six but I had never been so excited about an idea before. To my immense frustration, I didn't have a pen that worked, and I was too shy to ask anybody if I could borrow one…," <a href="http://www.jkrowling.com/en_US/#/timeline/it-all-started/" target="_hplink">she writes</a>. "I did not have a functioning pen with me, but I do think that this was probably a good thing. I simply sat and thought, for four (delayed train) hours, while all the details bubbled up in my brain, and this scrawny, black-haired, bespectacled boy who didn't know he was a wizard became more and more real to me."
Getty Images