Undoubtedly, the United States exports some of the world's most in-demand products—aircraft and medical equipment, to name just two. But not everything that leaves American shores is a wanted commodity, especially when it has jumped—or crawled—ship.

Here's a look at the underbelly of exports: eight American critters that have been shipped abroad—either accidentally or intentionally—and have created out-of-control messes. From preying on indigenous wildlife in Asia to spreading illnesses in Europe, these eight invasive species are definitely out-staying their welcome in other parts of the world. 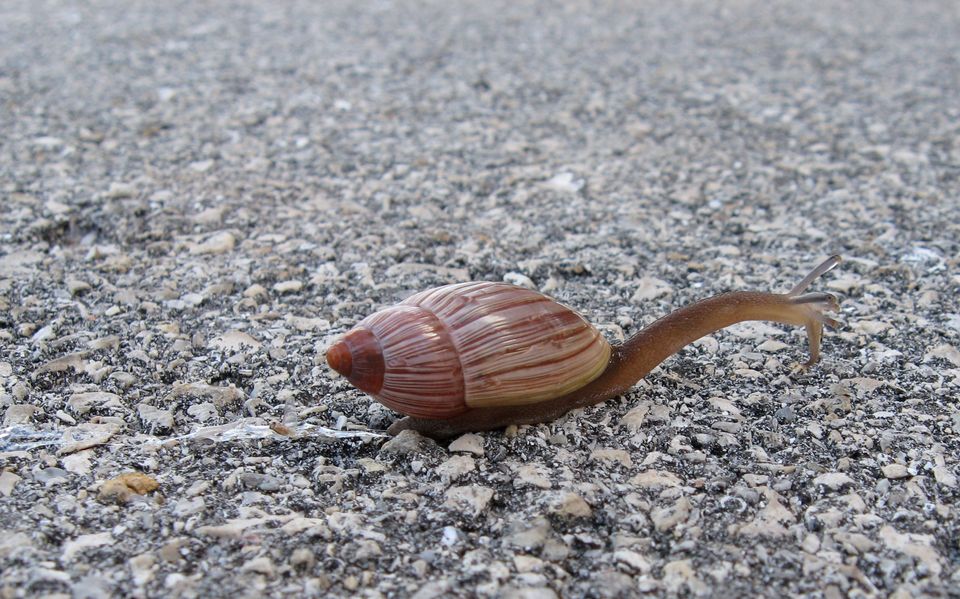 1 / 9
Rosy Wolfsnail
Native to the southeastern United States, the <a href="http://www.columbia.edu/itc/cerc/danoff-burg/invasion_bio/inv_spp_summ/Euglandina_rosea.html">rosy wolfsnail</a> was introduced to islands in the Pacific and Indian Oceans in the 1950s by the Hawaii State Department of Agriculture in an attempt to control the giant African land snails plaguing agricultural areas. The wolfsnail is now found in Japan, Hong Kong, Taiwan, India, Madagascar and French Polynesia, to name a few of its present locations. The rosy wolfsnail has been strongly linked to the extinction of numerous snail species in all of these regions.
<a href="http://www.flickr.com">Flickr</a>:<a href="http://www.flickr.com/photos/60704492@N00/3148666801">The_Gut</a>