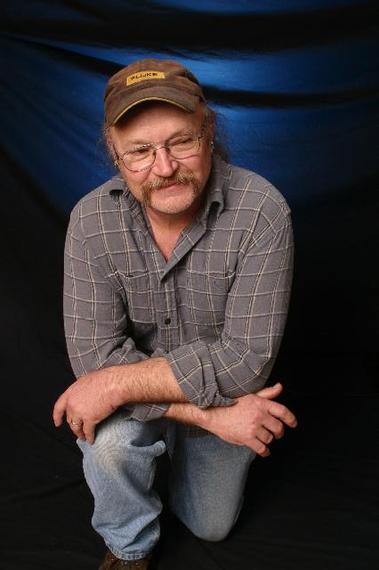 Frank Sumption, the inventor behind the paranormal investigating device known as "The Frank's Box" has reportedly died of a heart attack.

The "ghost box" Sumption invented in 2002 was claimed to be an instrumental trans-communication (ITC) device that allowed users to speak to The Others in real-time. The box swept the AM radio band and supposedly the sounds that were being picked up on the constant scan included spirit voices.

Sumption was a fan of electronic voice phenomena, an interest he developed after reading a 1995 Popular Electronics article. Although the Colorado resident did not seek out celebrity for his invention, the "purple princess" (a moniker he picked up after communicating with spirits, who told him he was a female alien from Pleiades) was famous within the paranormal community.

He did not really dedicate himself commercially to selling his devices. Instead, he randomly distributed them to those he and the voices saw fit. A genuine Frank's Box is a sought after novelty in the paranormal community, and his Sumption's creations, of which he made only 180, led to a ghost box/ITC craze.

While his work had its detractors and many claimed the sounds from the device were subjective (and the results untestable), there is no denying the man had an enormous impact on paranormal investigations. A variation of a Frank's Box -- adapted by other researchers and inventors -- can be found in the basic tool kit for most modern ghost hunters.

Personally, Frank sometimes had a prickly persona online but was considered a warm and quirky guy known for being a dog lover.

Tim Woolworth of ITC Voices has an interesting profile of Sumption, along with audio recorded in April on a Frank's Box where The Others were said to be calling the man home.