Since launching InVenture this past year, one of the questions I'm most often asked is: Why start your own organization?

And it's a pretty good question. Given the magnitude of attempting to develop a new product, service or solution -- especially one that boldly promises to address major global social issues -- why would any rational person want to start his or her own organization?

To be completely honest, when first starting out, I did not fully understand the challenge of running an international organization -- which in retrospect probably worked out for the best. After shopping around the idea and getting advice from many friends, colleagues and former professors, my reason for starting InVenture was simple: I had to. There was a clear need for our product -- which makes expansion capital available to small and medium enterprises in developing communities -- and it seemed to me that either I could do it myself, or just wait to see if someone else did. 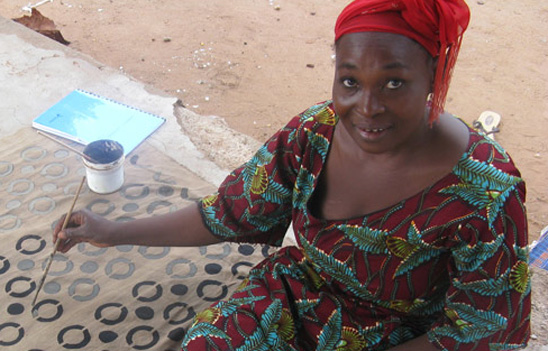 I had studied microfinance on the ground in India and West Africa, and what I learned was that microfinance, which most often takes the form of micro-credit, wasn't doing enough to lift people out of poverty or help communities develop sustainably.

While micro-credit has been successful in helping many people in underserved communities achieve subsistence -- micro-credit, for example, can help a person begin a new business and generate a new source of income -- it has done little to expand these small businesses beyond the rudimentary stage of being sole proprietorships. As businesses grow beyond these early stages, they hire more employees and create new economic opportunities in their communities. They help to build more stable local and regional marketplaces in which other businesses can launch and flourish. In high-income countries, small and medium enterprises (SMEs) are responsible for producing over 50 percent of GDP and employing over 60 percent of the working population. However, in low-income countries SMEs account for less than half of these amounts: 17 percent of GDP and 30 percent of employment.

InVenture is just one answer to the problem of this underserved "missing middle" in developing economies. We try to build SMEs that will eventually help to build their communities. I started InVenture to meet this unmet need, but I quickly discovered that starting an organization isn't just about coming up with a solution. There's a lot more in the way of development and management to consider -- the less glamorous parts of running your own show.

But instead of being daunted by the numerous challenges and speed bumps I've faced in starting InVenture, I remind myself -- with the help of some amazing teammates and peers -- to focus on the reason we began this process: to enable people to come together to do something bigger than just giving money. I return often to something President Kennedy once said:

"Few will have the greatness to bend history; but each of us can work to change a small portion of the events, and in the total of all these acts will be written the history of this generation."

We started InVenture because we wanted to give ordinary people the opportunity to invest in businesses all over the world -- businesses that can become engines for economic growth and change the fate of their communities. And we wanted to give developing entrepreneurs the chance to expand, to employ a few more of their neighbors, to help lift their communities out of poverty. Even if this happens in one community, somewhere in the world, as a result of our work -- and already it's starting to -- I'll believe we've done our part.

And that's why I work for -- and why I started -- InVenture.