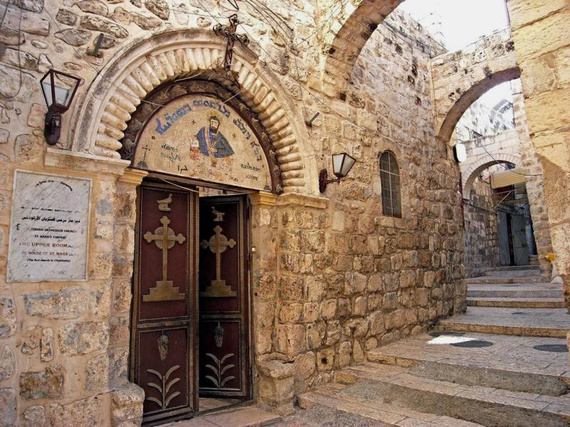 "How can one rely on the information produced by someone who believes that another man has walked on water?" That is what an editor at a media company said to a colleague when I had just made major revelations about irregularities in a Swedish authority. My first response was to defend myself, but it was in the early 2000s and I was a rookie in journalism. And I thought that surely you can say that of everyone, including atheists. Because how can one rely on someone who reports about doing good but he himself not believe in a higher good power?

Two years later, I was reminded of the walk-on-water incident. I was facing a class of aspiring journalists and spoke about my work, my calling and the various editions I was published in. A lecture like any other, many interesting questions and discussions, which happens among journalists. What differed was that a teacher with derisive tone asked how come I was published also in Christian media. I asked the teacher why she also didn't ask me how come I write for the media with different political view, like the Swedish Social Democratic, Liberal and Moderate parties. She sighed and shook her head as if she had been answered by a madman. After the lecture, three, not at the same time, students presented and "revealed" that they are Christians, as if it were something shameful, something that must be kept secret.

The week after came the straw that broke the camel's back.

I was sitting in a smoking room, they had such a thing at the time, and reading on a script for a radio program. A colleague came in, lit his cigarette, saw my tattoo on my right arm and said: "Look, we do not know each other, but I admire your work, it's cool that you walk around with a cross so openly. I am also a Christian, but I keep that to myself, you don't want your colleagues to look down on you."

When I was fourteen, I went with a group of older pilgrims to Jerusalem and lived in Church of St Mark, a Syriac Orthodox monastery. Once the voyage is completed you become tattooed on your right arm. I insisted on also getting a tattoo, although I was not one of the elderly. That was the one that the person in the smoking room was referring to. I pulled up another cross, one that I had around my neck and made sure I had it visible in the workplace.

Many times I have tried to understand the mistrust of Christianity in Sweden, I mean - we live in a country that is built on Christian values.

It is gratifying that Christian media have taken more and more space in the media flow but I would like to see more, those who work in the so-called mainstream media or the public service, to come out of the closet and "admit" that they are Christians.

Although the worst is probably not the fact that there is a mistrust of Christians but that they have chosen not to publish reports about the persecution of Christians. They have refused to see them as victims. This I have fought over on several editorial boards. Thank God, It's letting up.