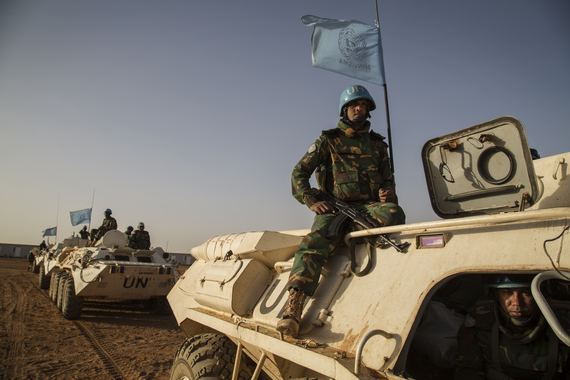 Last month, more than 50 world leaders met at a remarkable Summit on the sidelines of the 70th session of the General Assembly to pledge support and new contributions to UN Peacekeeping. The Summit exceeded all expectations, with Governments pledging some 40,000 troops as well as much-needed critical enablers including more than 40 helicopters and aircrafts, 29 engineering units, 32 policing units and 12 field hospitals. 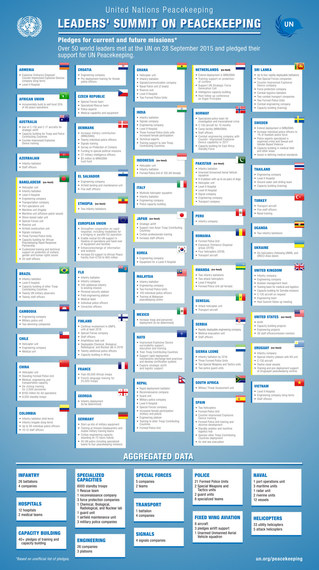 This historic show of support did not materialize overnight. It was the culmination of a continuous and consistent global effort over the last few years, in which member states across Asia, Africa, Europe and the Americas lent their political weight to generate capabilities to fill critical gaps identified by the UN. These pledges, if realized, would make a stronger and more resilient UN Peacekeeping for the people and communities we serve.

Why this surge of support now? 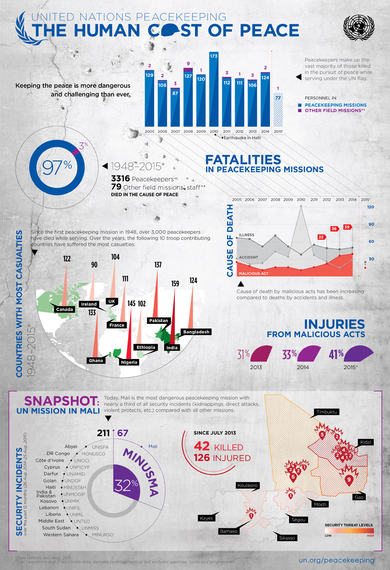 UN Peacekeeping has grown steadily in both scope and scale since the end of the Cold War. We are currently operating 16 peacekeeping missions across four continents serving a total population of over 125 million people. But peacekeepers have been increasingly targeted by armed groups including terrorist elements. In Mali alone, 42 peacekeepers have been killed and 126 injured since July 2013. Today the blue helmets operate in remote and austere environments, confronting asymmetric and complex threats each day in areas of political instability with little peace to keep and large vulnerable populations to protect. While violence and conflict are the primary threats, peacekeepers are often deployed in complex and dangerous contexts that require specialized skills, modern equipment, advanced technology and well trained forces. In these increasingly challenging missions, we are also being asked to do more. The mandates entrusted to us by the Security Council have become broader and more complicated. Over 95% of our peacekeepers now work in missions with a protection of civilians mandate. In South Sudan, we protect in our bases some 185,000 internally displaced persons fleeing conflict and violence. In the Democratic Republic of Congo, our peacekeepers are actively engaged in fighting a number of vicious armed groups which have pillaged villages and murdered hundreds of civilians in the east of the country. A great deal is at stake.

Why do we need the support?

Put simply, real challenges require real capacities. Highly-trained military, police and civilian personnel enabled by technology and aviation support will allow UN Peacekeeping to conduct more effective and efficient operations. A key element to this approach is the use of new technologies that can help us monitor ceasefires more efficiently, enhance the safety and security of our personnel, provide early warning and ultimately better protect civilians. But we also need dedicated personnel trained to the highest standards of professionalism. Being a peacekeeper is no easy task.

Where are we going from here?

As U.S. President Barack Obama noted at the Summit, our partnership with Member States "has often depended on the willingness of courageous UN peacekeepers to put their lives on the line in war-torn corners of the world". The Secretary-General has warned of a divide between troop contributing countries, the Security Council and major donors. Similarly, we have long urged Member States to be at a higher level of readiness so that we don't have to "build the ship while sailing it ". The pledges made now need to be translated into tangible contributions that match needs and requirements on the ground.

Our engagement will not stop at the Summit. This month in New York, I held a meeting with the Member States that committed their support to review the Summit's implications and how to move forward with the contributions and pledges. Most of the pledges generated at the Summit cannot currently be deployed to our ongoing missions, however, having a reserve of available contributions will help us provide UN Peacekeeping with greater predictability and the capacity to responds to crises rapidly and effectively. We will continue to work with world leaders and countries from around the globe to meet future needs and enhance our capabilities for the future.

Peacekeeping requires strength in unity and a commitment to improving rapid deployment, responsiveness, performance and accountability. This is the backbone in our efforts to contribute to sustainable peace and stability. Peacekeeping is a unique global partnership, and we will only succeed with the firm political support and commitment of resources from our troop and police contributing countries.

Find out more at www.un.org/peacekeeping