Welcome to the world of women over 50. In the youth-oriented business of television, we barely exist. We suffer from what I'll call the Windex Effect: Media people look right through us. As far as they're concerned, we're not there.

Let me explain. First, the "she" in the above quote is 67-year-old Celest Andrus, a fitness coach and former national TV aerobics guru with an incredible figure, beautiful face, and an even more beautiful personality. So, she's not only easy on the eyes but what she's touting could quite literally be lifesaving: Free, mind/body exercises and healthy living tips just for baby boomers. 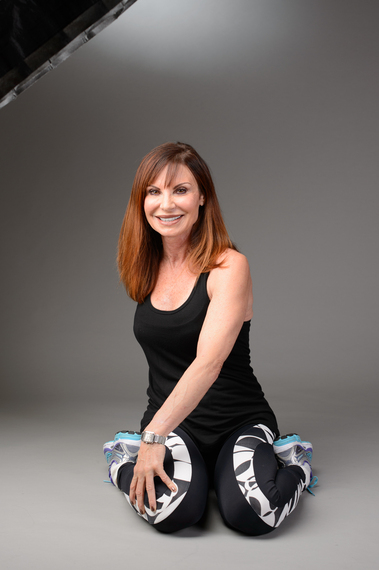 I was told in essence, "Sorry, we don't want her on our TV show, she's too old" -- as if "old" were some kind of disease. And I was told that not once, not twice, but a dozen times over the last year.

I work with Celest. I'm the co-creator of Bodyworks for Boomers, and as a therapist, I'm the "mind" part of a program designed to get boomer women back in shape and feeling good.

In my past life I was a network news producer and these "no-go's" - these "Sorry, she's not for us" came from people I actually worked with.

I get their collective message loud and clear. And I get that's it's a dirty little secret in the world of media: Unless you're an Oprah major celebrity type, good luck! "Mature" females are persona non grata. Call it shallow, call it bad business, but call it reality.

We've all heard the long-time Hollywood lament about older actresses and the scant number of roles offered to them. But I had no idea regular, older women--and I'm not talking nursing home age-- but vibrant older women with interesting ideas and products are lumped into the category of "too old for us."

For me this is personal. Not only because I'm also over 50, but because Celest and I really do want to make lives healthier and better for women our age. The exercise videos we provide on our website, (bodyworksforboomers.com) as I say, are FREE. So is the mental health advice. So are the recipes. That's why I've been trying to get Celest on TV - one of those morning shows, for example. But there's a reason I was told, "If only she were younger ... She's just ... too old for us."

And here it is: Advertisers want to see their products on programs with young and vibrant guests -- not mature, aging women. They want to "hook" customers while they're young, hoping they'll buy their toothpaste or whatever for the rest of their lives. And if advertisers want youth, that's what TV producers will give them.

You want to know how ridiculous this is: First, a whole bunch of people watching those morning TV shows aren't 22; they're over 50. Besides, boomers have three times the net worth of younger adults and outspend them on-line two to one.

And what about just plain decency? We have lines on our faces. Our bodies aren't as hot and toned as when we were 22. But don't we still have personalities, wisdom? Can't we hold and attract an audience, light up the screen?

I'm not saying there are no "regular" women over 50 who get on TV to share their story with the audience. But for every success story, you'll hear dozens like mine.

Let me leave you with this scenario:

Celest was going back to Detroit for her 50th high school reunion. I did some checking and discovered a segment called Fitness Friday on the CBS affiliate's morning talk show. I looked at past segments and saw local, young instructors touting their businesses while giving the hosts tips on shaping up. Perfect. Or so I thought.

I sent an email to the producer detailing the obvious selling points: Celest is a local woman who made it big. She's a former national TV model and aerobic star; a current fitness trainer who's promoting Bodyworks. And she's there for her 50th high school reunion. Local girl makes good, right? Showcasing Celest seemed like a no-brainer for ..."Fitness Friday."

I get no response. Not a peep. Not even "we're not interested." I call the executive in charge and leave a message. No call back. I leave two more messages and write yet another email. Not a word.

So what can we learn from all of this? In the United States of Entertainment if Celest were a comic book character, she'd be the Invisible Woman. And if you're over 50, so would you!

The Invisible Woman
25 Celebrities Who Are Aging Gracefully