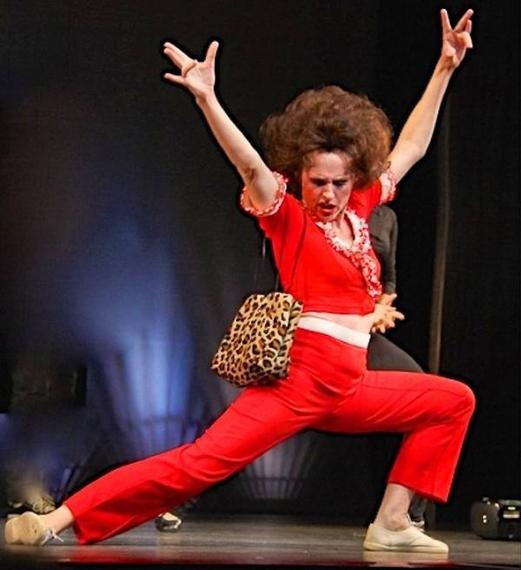 I recently read an interview (more like a Q&A) with author, Elizabeth Gilbert, in The New York Times In Transit section. Now while I wasn't one of those readers who went insanely gaga over EAT, PRAY, LOVE, I was inspired by her latest work, BIG MAGIC.

All of this aside, I was taken aback by her response to the columnist's question about whether she had met people who started traveling later in life. This was EG's answer.

"My mother, for one! She was 55, and finally had the freedom and the means, and she woke up to the reality that my dad's not a traveler. Now she and her sister-in-law do a trip every year. They've been to Chile, Turkey, Thailand, up the Amazon River. They're really adventurous. 50 is the age women start to become invisible, but the flip side of that is: Invisibility is a super power -- it makes them safer to travel."

I had to catch my breath. Invisible? Was she shitting me? It's bad enough that profound and obvious ageism exists in this country, er, world, and that women are practically shamed for getting older, losing estrogen, collagen, ass mass, and their lovers, boyfriend's and husbands to younger models, but EG, a woman whom other women look up to, tells Diane Daniel of The New York Times, hey, women disappear starting at 50, but it's okay, because now they can travel safely to war torn Syria because no one will notice them? It's a win-win.

Hey, maybe that's how we fight terrorism. Let's send a shit ton of 50-, 60- and 70-year-old women, into Iraq, Nigeria and Lebanon. They'll fly under the radar and then hit them with a surprise attack and take out the top leaders thus defeating militant groups around the world. Fuck drones, send in the old ladies.

And how is invisibility in the real world, not in the D.C. Comics world, a superpower? I hope that three years from now, when EG starts becoming invisible that she feels powerful. Me? I prefer to serve up my super powers front and center, with klieg lights spotlighting my fifty self; seen, visible and loud.

Perhaps I'm overreacting. Perhaps I misunderstood her comment. Perhaps I'm taking it personally, as 50 gracefully saunters up to my doorstep. I just don't think that we ever need women, or men, (I'm an equal opportunist) to feel, in any way, shape or form, that they're going to blend in with the scenery once they hit the big 5-0.