One of the things that makes live performance in an age of recorded media so special is the oft-cited "rapport" between performers and audience. The audience being seen and felt by the performers is just as vital as the more obvious attention the audience focuses on the performers -- it's a two-way street in which ideas and feelings are exchanged, a dialogue rather than a monologue.

Perhaps most visible in improvised genres like standup comedy and jazz, all performance art invites the audience to become co-creators in a musical and social happening. The freedom to applaud and cheer in popular music performance doesn't tarnish the experience, but rather opens up a line of communication between performers and audiences -- and makes possible a kind of symbiotic relationship in which energy levels, interest, and attentive focus can be shared intuitively.

But even this most basic form of participatory interaction is lacking to the experience of most so-called "classical" art events, including ballet, classical concert music, and works for operatic stage. The purity of this ritual does have a certain lofty beauty to the initiated, but treating classical music events like museums might not be the best way to share what makes classical art so unique and compelling with new audiences. Classical art forms are in desperate need of reconnecting with their audiences when the experience of going to a performance begins to resemble a recording of that performance.

I've been exploring how to create collaboratively with the audience through a new project in partnership with Opera Philadelphia and the Bearded Ladies experimental cabaret troupe -- a show that Opera Philadelphia has bravely selected to open the upcoming 2015-2016 season. The subject of the new "Popera" (as we've been billing it) is the life, work, and ideas of iconic pop artist Andy Warhol, whose legacy engages both the inscrutable, highbrow world of Serious Art and the accessible simplicity of pop culture. Composing the music has required an extensive exploration of how these seemingly paradoxical worlds might suggest new ways of engaging audiences. (Preview video here). 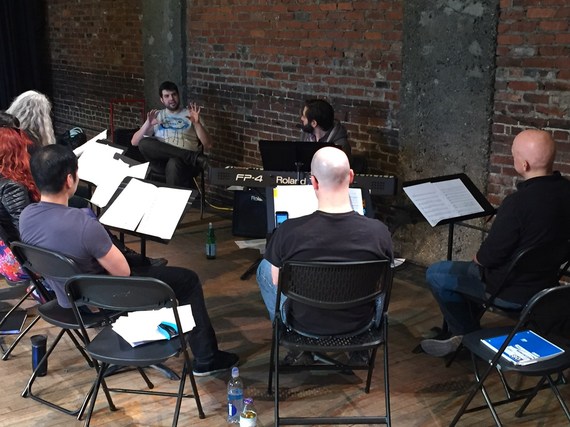 Opera Philadelphia has been a leader in commissioning new works that push the boundaries of the quintessential classical art form, and reexamining the performers' relationship to the audience is a big part of that. I love the idea of invigorating a traditional form with the improvisatory freedom of cabaret and the creative energy of devised theatre (in which I work collaboratively with Bearded Ladies Music Director Heath Allen, Stage Director John Jarboe, and members of the cast as we experiment and create as a team, rather than via the traditional top-down approach in which the performers receive a fixed text from on high). All team members enjoy a refreshing fluidity of creative roles, meaning that sometimes a lighting designer may come up with a great idea for the music, or something in the music may suggest to me certain staging ideas -- and the result is carefully developed and honed like any good act.

It's been a complete blast to work with the Bearded Ladies, especially because composing classical music is typically a solitary, almost hermetic practice in which I seal myself away and somehow deliver a musical score on deadline. Creating music under the auspices of devised theater has been liberating and inspiring. Nowhere has this been more apparent than in a glorious, ridiculous and highly imaginative scene we've been working on: a colossal, overblown Warhol Factory party in which characters based on the historical Warhol entourage vie for attention with each other, as well a growing chorus of opera singers representing Warhol's own voice. It's a completely mad scene -- and it needs to be in order to capture some of the feeling of mayhem and simultaneous conversations. Soon, it became clear that the greatest opportunity for bold reinvention might lie in thinking differently about the role of the audience, and how we can make the experience of attending ANDY: A Popera special, something that can't be replicated on a mass-produced commercial recording, ironically. 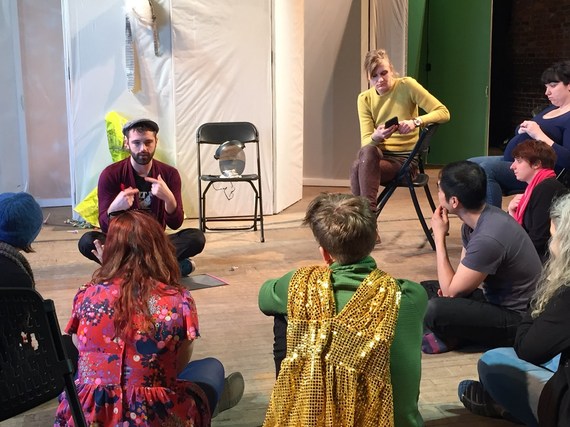 At first, the party scene relied mainly on the tried-and-true cabaret tropes of heckling the audience, involving, questioning, and provoking them through semi-improvised dialogue; the practice of audience "plants" (actually performers in disguise) was another obvious ingredient to the mix; and the idea of planting humorous operas in audience member's mouths, zooming in on them with a camera while an offstage singer intones that audience member's "true inner thoughts".

These devices were clever, but it's only when we began to push beyond traditional solutions and really rethink the show's relation to the audience that we hit on something really original and fascinating. We realized that the audience had to be cajoled into actually taking part in the party, using a plethora of psychological carrots and sticks: removing some of the available seating, and creating games and diversions in the main stage area that weren't complete without audience members to play them. During workshop sessions, we tested these new approaches with audiences and also asked them questions: How much provoking is in good fun before the audience feels lost or uncomfortable? Do the aforementioned audience "inner voice" arias require consent? What if part of ANDY: A Popera is actually about this tension between image and reality?

Ultimately, our most productive ideas responded to the need to involve the audience by making them feel needed, by offering them a chance to inhabit a role as a partygoer at a crazy sixties Warhol Factory blowout. There needed to be a certain amount of open-endedness: the work of art needs to be somehow incomplete if the audience is to provide completion.

At the end of our experimenting with the Warhol party scene, I realized something that is hard to notice because it is so obvious and fundamental: in a sense, the audience had been onstage the entire time.

And they always are -- participating, reacting, providing the ostensible performers with feedback and energy while they in turn become co-performers. The world of classical art forms has just come to ignore an ancient wisdom that every other artist since the dawn of time has understood: that art taking place in time is a kind of communion, a ritual we experience together in which the seemingly distinct worlds of performer and perceiver breaks down, a merging of identities and a way of both seeing each other and of being seen.

Art is seeing ourselves seeing each other seeing. It is a heightened state of consciousness -- an aesthetic experience as opposed to an anesthetic one -- in which we become fully aware of the mystery of our selfness and sameness. All performers are also audience members in the sense that they also bear witness, react and harbor expectations; and all audience members are performing for the artists, their dates, themselves -- just look at how many theater and opera-goers look positively costumed for the occasion!

What do we get out of all this? Why is tapping into the innate interactivity of performance so crucial for those most antiquated of institutions, opera houses and symphony halls?

Because there's something human, vital, and healing about sharing an aesthetic experience with other living, feeling human beings. Because the ability to move and be moved is most fully engaged when feelings and experiences are shared. Because Netflix and smartphone screens don't care if you cry. 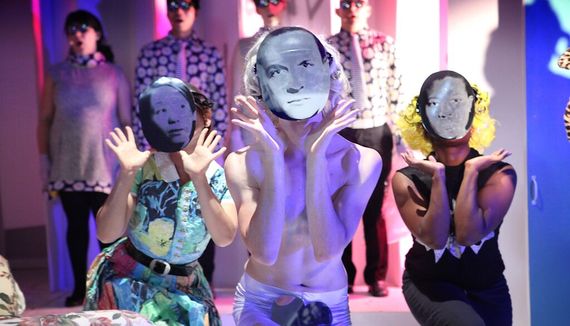 Meanwhile, for those wanting to see ANDY: A Popera and all the crazy Warhol-loving fun we've been cooking up, the show premieres September 10-20, 2015 in Philadelphia. Don't come just to witness; come to be a part of the story, part of the spectacle, and part of an arts community that includes everyone.