If you want to see the future, step into Ioan Florea’s studio on Shelbyville Lake in Illinois.

Florea, a Romanian-born artist, turns the practice of 3D printing on its head, using the machines to print plastics that he later converts into metals for his large and intricate sculptures.

Imagine steering wheels molded to fit your two hands, or designer homes produced en masse. Florea wants you to think of these possibilities when you see his work, particularly the 1971 Ford Torino he "encapsulated" in form-fitting metal, using a 3D printer and nano-materials. 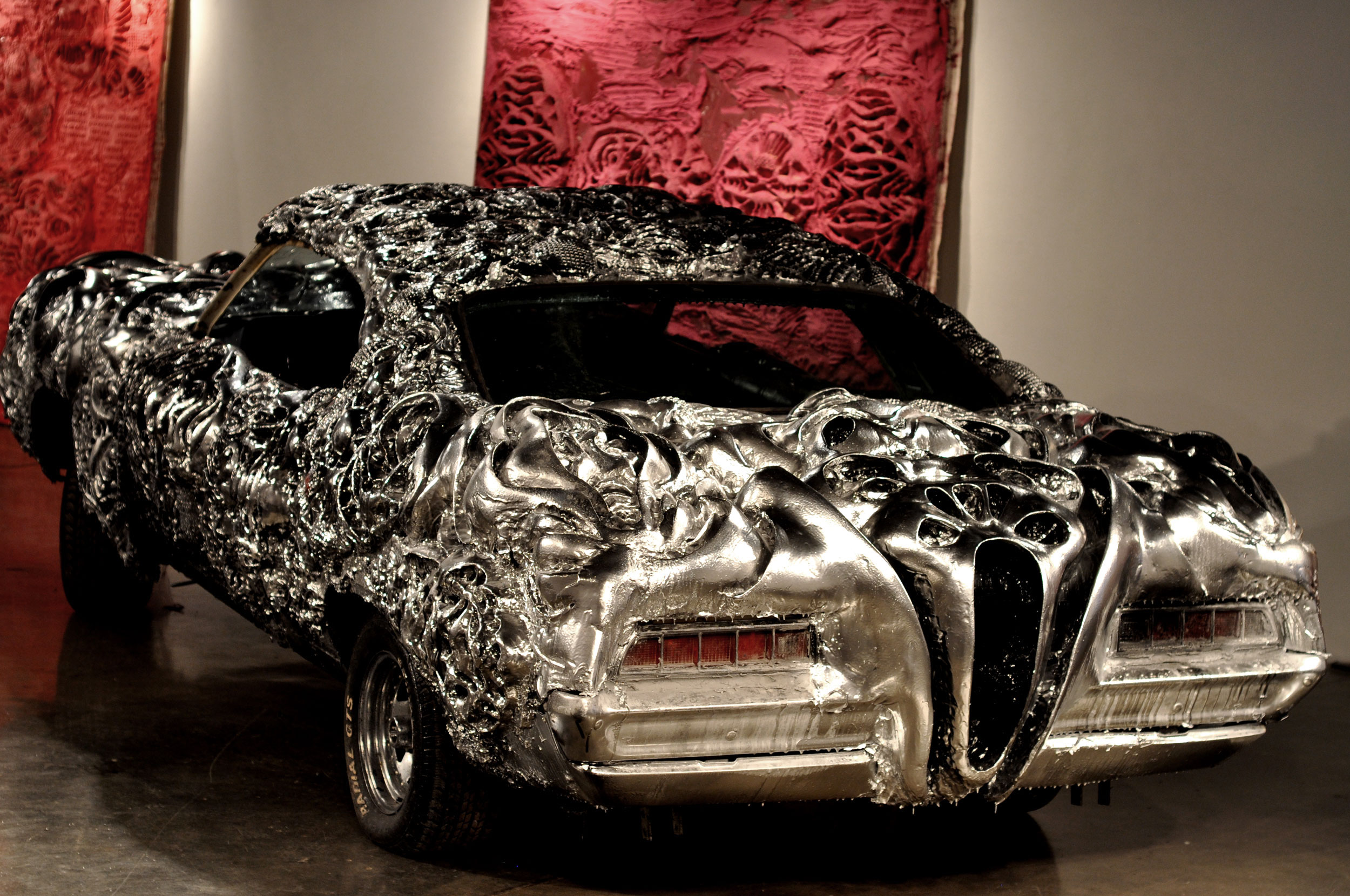 Florea considers himself a pioneer of the third Industrial Revolution, a time of mass customization foretold by the economist Jeremy Rifkin in 2011.

If the second Industrial Revolution, born in the Ford factory line, brought standardization, the third relies on the 3D printer, say modern-day prophets. In 2012, the Economist announced the coming revolution with a profile of the tool that does so much with so little.

“Its software can be endlessly tweaked and it can make just about anything," the article read. "The cost of setting up the machine is the same whether it makes one thing or as many things as can fit inside the machine." 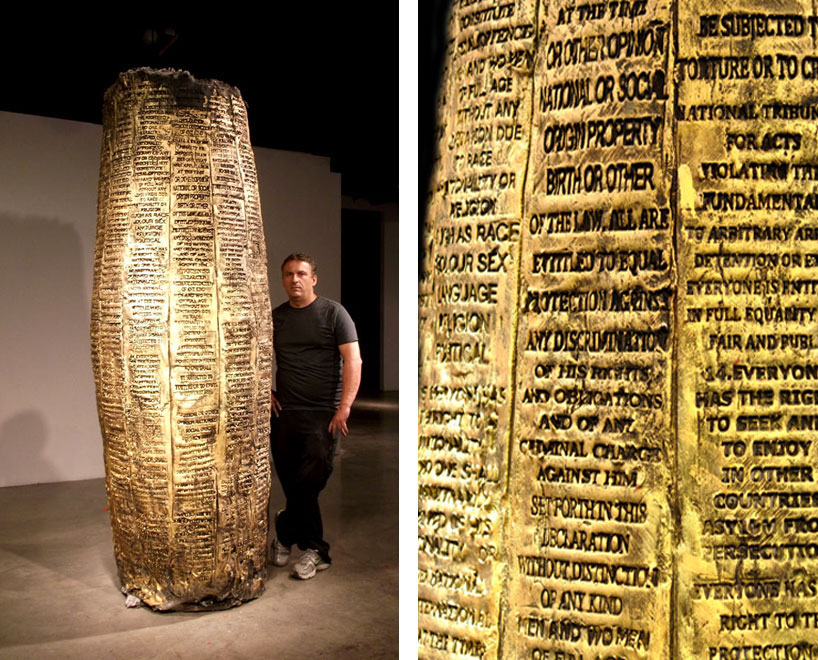 Florea's take on the Cyrus Cylinder, an ancient Persian artifact sometimes described as "the first charter of human rights." Florea inscribed his very enlarged version with text from the Universal Declaration of Human Rights.

Of course, there are limitations. Currently, most 3D printers are turning out objects made of plastics. While metal objects can be printed (see: this terrifying gun), they require high-end printers that run to nearly a million dollars.

Florea says it's his "transfer process" that sets him apart. He won't divulge the make of his printer -- he says he'd rather not advertise -- but clarified that it's a lower-end machine.

His process begins with the 3D plastic prints. He uses these as blueprints, expanding them into large resin molds that help him shape liquid nano-metals ("from calcium carbonate to titanium dioxide") into hulking sculptures fit for whichever object he’s chosen to transform, be it a car or a covered wagon from the 1800s. 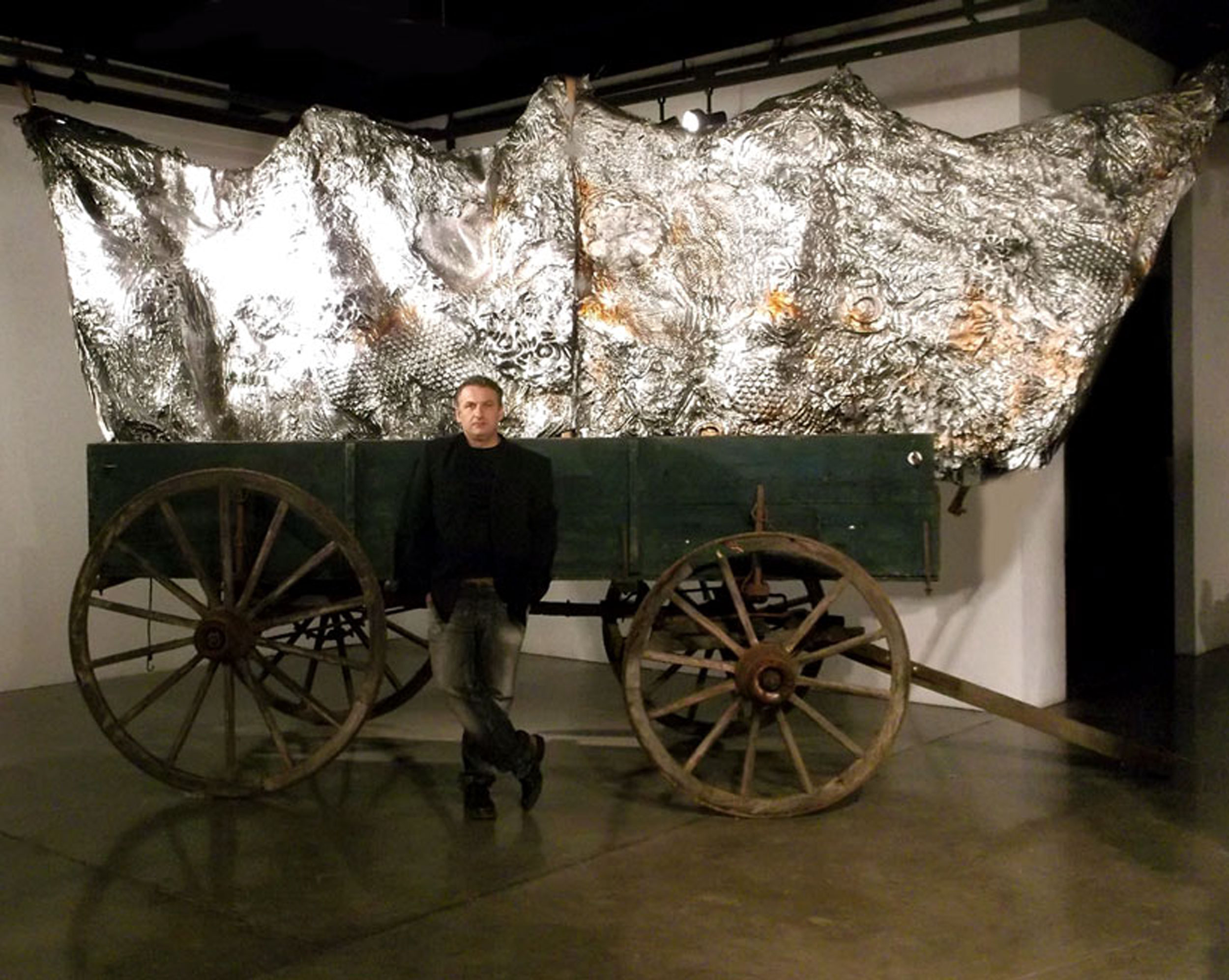 A 200-year-old wagon, which Florea obtained from a local collector. To protect its integrity, Florea created a secondary cover.


Ford has shown interest in Florea's transfer process. The car company uses 3D printers to make prototype parts, models that would probably look outdated next to the designer metal in Florea’s studio.

But Florea is keeping his methods secret, even as he perfects and changes them. “That’s the advantage as an artist,” he says. “You can experiment.”

CORRECTION: A previous version of this article misidentified the Cyrus Cylinder's origin. It is a Persian, not Turkish, artifact.