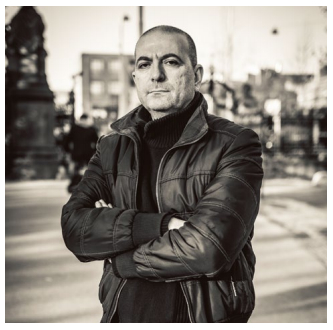 "Show me a hero and I'll write you a tragedy" -- F. Scott Fitzgerald

In the first half of my profile of Palestinian filmmaker Hany Abu-Assad -- "Omar in Toronto": Nazareth, in the Land of Film and Hany -- I wanted to showcase the city behind the man. Within its creative chaos and subtle but critical balances lie not only the clues to Abu-Assad's genius, but many of the answers that could help us navigate today's hyper-divided world. I also realize that Abu-Assad is a man whose ideas are groundbreaking and powerfully interesting, so here I left the talking to him. I simply guided some thoughts his way and let his personal truth, his voice, uninterrupted shine through.

The greatest love stories are tragic, because they are reminding us of our own tragic love stories. I do believe, and for sure there are exceptions, that most people in modern time are not living with their great love, but with a stand-in. If you ask anyone "Who was your great love?" -- it will be someone else than who they are with. And tragic love stories remind us of our deepest fear, that we lost the great love we once had.

Abu-Assad on reaching audiences through entertainment

I believe that first of all cinema is entertainment. But you can be entertained and still it can touch you deeply or make you emotionally involved. What I personally try to do is go deep and entertain myself first, as someone who considers himself part of a sophisticated audience, but meanwhile I also want to reach the bigger mass, the people who don't necessarily need to see film as a form of art. To bring these two together, it's very difficult and most of the time, you are going to fail.

I will never put anything in a film that I don't like. But if I know a lot of people will not like something, and I love it, I will take it out. First, I have to keep myself happy, but it's not just about making myself happy. If I can reach a lot of people, make them happy, I will do that, even if it means sacrificing things I really like. If Omar was just my movie, it would be completely different. But in the end, you have to remember that for sure, you can't make a movie where you can get everybody. It's impossible. 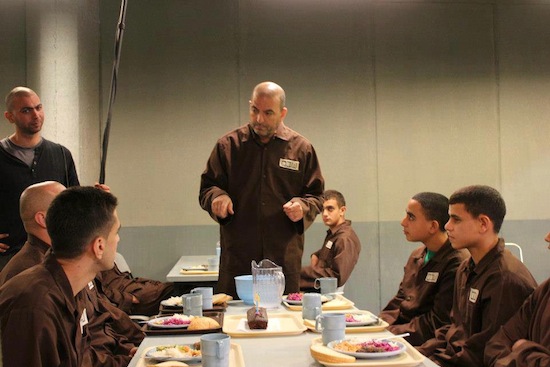 Omar was a conversation I had in LA with a filmmaker friend about why American cinema is not really doing anything for us. There are some small movies that come from the heart, but most big movies, those blockbusters people go and watch, are so artificial, nothing from real life. I know so many good stories that have never been told. And one of them was a story about a friend of mine who was put under pressure by the Israelis with a secret they had about him. So I went back to my hotel room that same evening, slept four hours but woke up at four in the morning, sweating from a nightmare. I wrote from four until eight and it was the treatment for Omar. And when I read it, I thought "good story".

Abu-Assad on why some will hate Omar

The list of people who are not going to like the film will be big and mostly I think they will hate it because of political reasons. Some don't believe the actions of some individuals, but the film is based on a true story. We almost did a scene to explain one of those choices, but I hate explanations.

You need to have great motivation to wake up and go to do this beautiful but mostly awful job, as a director -- it's torture. It must be something greater than you because why else would you swallow all these insults, conflicts, it's physically tiring and sometimes dangerous. Why would you be risking your life? For a f***ing movie! My biggest motivation is that injustice has been done to me and to my family, and to a lot of people, I'm not the only victim. There are systems that have been unjust, powers, interests, conflicts, bigger than me. We have no choice in it, but suddenly governments, superpowers decide to do this and this. And I am a victim of those decisions. I don't want to sound pathetic, but if somebody is sensitive -- and I think artists are sensitive people otherwise they couldn't be artists -- they will also be sensitive to this injustice. I feel the injustice of not just the Israelis, but also capitalism, the injustice of greed, of blindness in power, the injustice of corruption. A lot of people will think "I live, so what? I can drink beer all the time and forget about it!" But this is not me.

Top image by Khaled Hamed and photo from the set of Omar by Dianah Kamhawi, all used with permission