iOS 5 sports many flashy upgrades from the previous iOS 4 release, which Apple unveiled in June 2010. The Apple team highlighted 10 of iOS's biggest new features, including Twitter integration and over-the-air upgrades.

Check out the infographic (below), detailing key upgrades, to see what's different between last year's iOS 4 and the new iOS 5, which will be available sometime in the fall of 2011. Then, view our WWDC 2011 keynote wrap-up slideshow for a fast look at Apple's biggest announcements on Monday. 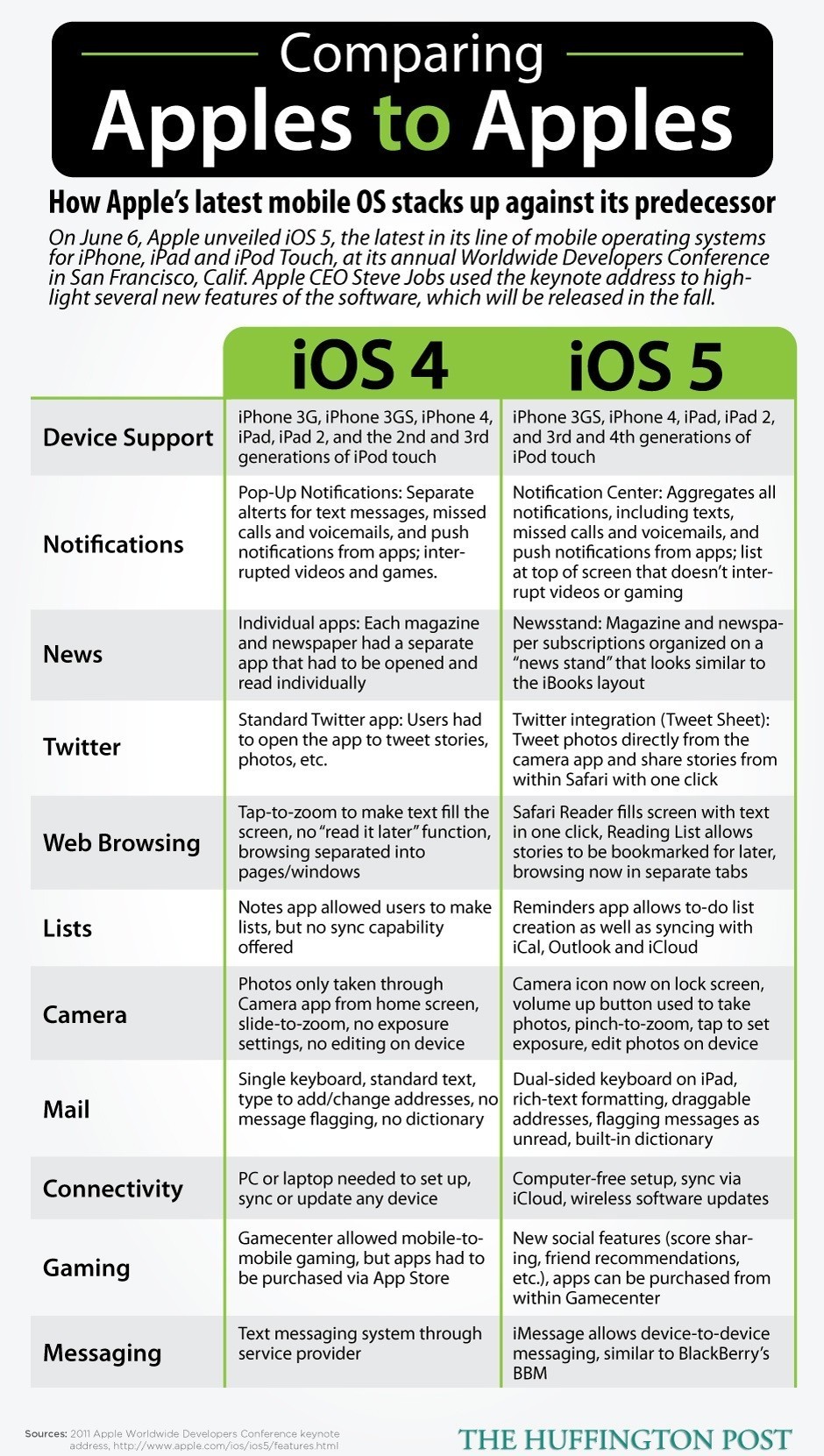