Apple introduced its latest update to the iPhone operating system, iOS 8, at its annual World Wide Developers Conference in San Francisco on Monday. If you're a big texter, some of the changes should make your life a lot easier. iOS 8 will be available for the iPhone 4S and above this fall.

If you're still recovering from Apple's last OS update don't worry: These changes are nowhere near as huge as last year's move to iOS 7 -- a radical redesign of the iPhone interface and one of the biggest moves Apple made post-Steve Jobs. Some iPhone people appreciated the modern design. Others complained of the new look, and some even reported that the design gave them motion sickness.

This year's changes won't make you ill. And, some of them are pretty much irrelevant. Here are the ones that you must know about:

Now when you get a notification for a text message or a Facebook comment, you can respond from whatever app you're in. So if you're looking at Twitter and you get an iMessage from your mom, you can quickly respond without leaving Twitter. 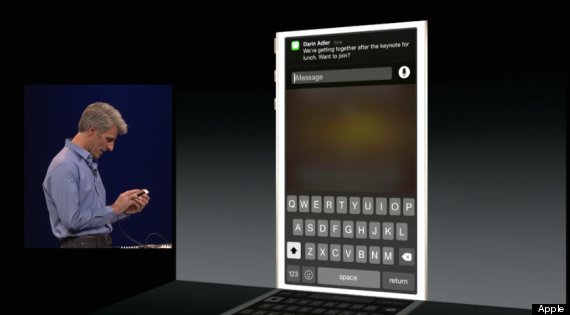 If a notification appears -- on the lock-screen or wherever -- and you don't want to deal with it immediately, you can flick it up and off the screen.

You will also be able to use the double tap you use to see your open applications to see the people you communicate with the most frequently. 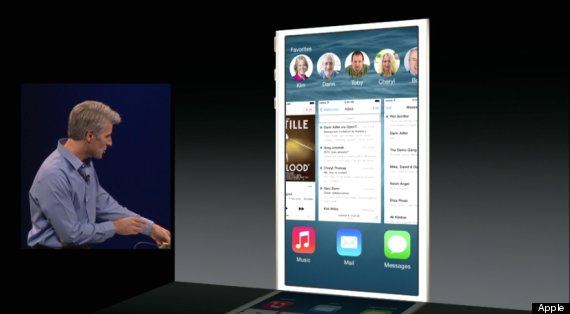 There are significant changes to Apple's Mail app. You can mark emails as unread or delete them with a single gesture, and you can swipe down a message you're composing in order to see the rest of your inbox.

Texting is what most people do on their iPhones - iMessage is the device's most popular app by far, Tim Cook said on Monday. He introduced QuickType for iMessage, a new feature that could potentially eliminate embarrassing auto-correct errors. As you type, you'll get suggestions for what to type next. QuickType learns from you, based on what you type and to whom. It will suggest different words based on how you generally speak to a specific person. 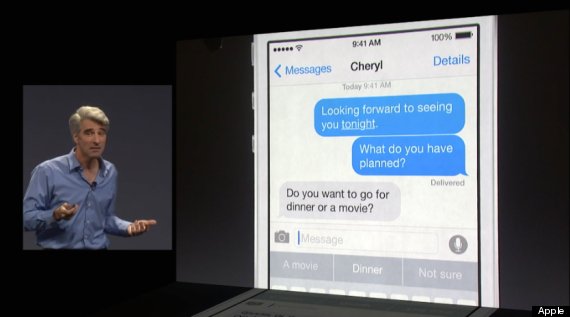 Group messaging is also going to be vastly improved. With iOS 8 you can name your group texting threads and add or remove people from group texts. You can also leave a group messaging thread or push "do not disturb" to mute a specific thread. No more annoying group texts!

If you want to find your friends, you can share your location through messages and show your friends where you are for an hour, until the end of the day, or until you decide to stop.

If you're less into texting, you can send audio, video or photo messages right from iMessage. Taking a cue from Snapchat, these messages will self-destruct unless you say otherwise because they take up so much space on your iPhone. 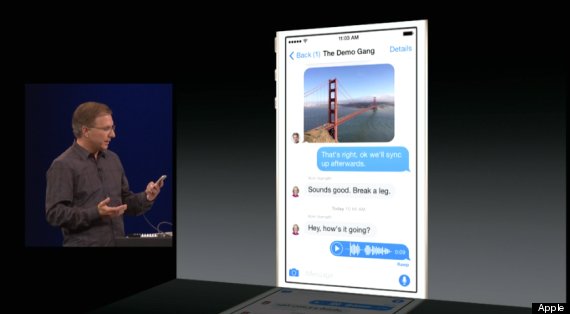 Protecting The Iconic English Site Of Stonehenge On Lockdown