I.O.U.S.A., the movie, makes you angry about America's debts. It doesn't dwell on which political party is most to blame. But the record is pretty clear. The United States became a net debtor under Reagan and these debts have grown rapidly under Bush 41 and Bush 43. Only under Clinton was the debt rolled back.

The movie shows the background to the Washington Republican nationalization of three gigantic American financial institutions in as many days - Fannie Mae, Freddie Mac and AIG. No Latin American dictator came close to nabbing such big prizes. Imagine the GOP outcry if a Democrat like Barack Obama tried a Communist stunt like that. 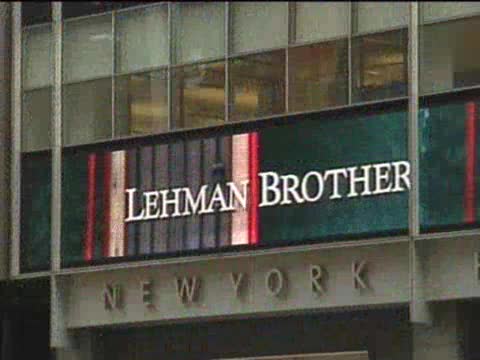 The movie helps explain how the huge Merrill Lynch empire, formed over decades out of the friendship of two young men who had neighboring lockers in a Chelsea (NYC) YMCA, has in principle been swallowed up in a few hours by the Bank of America.

Directed by Patrick Creadon, the movie kindles fires of resentment about Americans borrowing too much. It's about Republican supply-siders cutting taxes while increasing military spending. They just substituted debt for taxes. The Clinton Democrats generated budget surpluses by cutting welfare and raising taxes on the wealthiest taxpayers (more than half of which were in the NY City area). Clinton reduced the national debt several years in a row. Dubya abandoned this good idea and doubled the debt, in round numbers, from $5 trillion to $10 trillion, not counting the tens of trillions of Social Security and Medicare obligations. John McCain shows every sign of continuing the debt pileup. Based on their record, Democrats should benefit from the continued showing of the movie.

Scriptwriters Addison Wiggin and Paul Bonner argue that growing U.S. debts will lead to a collapse of the global financial systems. They have faith in the gold standard and not the IMF. Recent events should give them reason to crow. They attack America's Four Deficits:
(1) The U.S. trade (or current account, which adds interest, dividends and transfers) deficit,
(2) The federal budget deficit,
(3) The savings (public, private) deficit and
(4) The leadership deficit.

The theme of coming collapse is articulated by four horsemen of the debt apocalypse
- DAVID WALKER, former U.S. Comptroller General. He is called the Paul Revere of the coming disaster by Paul Volcker. Walker quit the Government Accountability Office because he wanted to campaign against the "fiscal cancer" of excessive Federal debt.
- ROBERT BIXBY, executive director of the Concord Coalition. With Walker, he leads the "Fiscal Wake-Up Tour" caravan that has attracted growing audiences.
- DOUGLAS DURST, New York City realtor. He has continued the project of his late great father Seymour, a debt clock - shown above - located next the IRS building on 44th Street and 6th Avenue in New York. It was closed down when the national debt burden started to fall in the Clinton Administration, which reduced welfare rolls and raising income taxes on the wealthiest taxpayers, half of whom were in the NYC region. The deficit and the clock were both reactivated when Bush 43 cut taxes while raising military spending for the wars in Afghanistan and Iraq.
- PETE PETERSON, former secretary of commerce. His father ran a Greek diner for 25 years and would often tearfully sing the one American song he knew, "God Bless America" (by another immigrant, Irving Berlin). Peterson chaired the Blackstone group. He has funded a foundation to work on the "fiscal wakeup" issues. God bless you, Mr. Peterson.

The movie needs a sequel to explain better the consequences of growing debts. What's wrong with borrowing from ourselves? It's not enough just to be say that the burden of debts is shifted to our grandchildren and is therefore fiscally reckless. It should not be an axiom, but a conclusion based on these questions:
- WHAT'S THE BORROWING FOR? Borrowing to buy a house is sensible. Borrowing for consumption is not. This applies to families and to governments. World War II was a fight worth borrowing for and we sold war bonds to pay for it. A canal system, or railway trackage or a national highway system are all worth borrowing for. So are investments in infrastructure like electricity, or in research or in education. What the GOP has specialized in is cutting taxes to "starve the beast", then borrowing the money for costly weapons or wars. But listen to Chris Ward talk about the infrastructure needs of the New York City area ports and railroads and airports and you can appreciate the importance of local governments' being able to borrow money for projects that make possible tomorrow's economic growth. 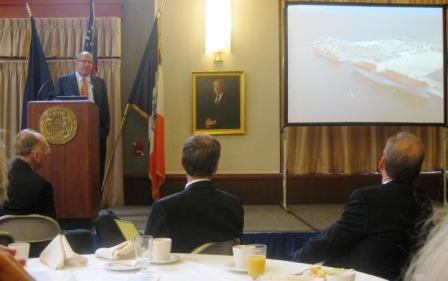 - WHO IS GOING TO PAY BACK THE DEBT? The young are being drawn in to the debate. The are coming to realize they have a dog in this fight. In the movie, Concerned Youth of America activists crusade light-heartedly against our debt-heavy future wearing prison suits.
- WHO IS LENDING US THE MONEY? As America has become more reliant on foreign lenders, it warns, so it has become more vulnerable to "financial warfare", of the sort America itself threatened to wage on Britain, a big debtor, during the Suez crisis, considered the end of the British Empire because Britain owed so much money to the USA that the USA had a whiphandle over the pound and therefore the British Government. Warren Buffett, America's investor-in-chief, warns of potential political instability from borrowing. as I argued a year ago. The Federal Government cut spending after World War II to pay down the war bonds. But since then, political leaders have opted for loans rather than higher taxes. Much of the U.S. debt of nearly $10 trillion is financed overseas. The two countries with the highest external debt are the USA at $10 trillion and the UK at $8.3 trillion. The next two countries on the list, Germany and France, had together less than the debt of the UK.

For all their military initiatives, GOP borrowing has left the United States in a very weakened condition. Thomas Jefferson had a clear understanding of the relationship between debts and security. He favored (how quaint it seems in 2008) eliminating the national debt, arguing that "banking establishments are more dangerous than standing armies."

A trillion U.S. dollars in China's central bank represent the global financial equivalent of a formidable Chinese standing army. For the moment, China is reliant on U.S. consumers. But our humongous overseas debt means we have a shrinking ability - and right - to control what happens in a dangerous and divided world.