Both the Democratic and Republican races are close contests in Iowa, and pollsters say surprises are likely. So although businessman Donald Trump has opened up a lead on the GOP side and Hillary Clinton still narrowly leads on the Democratic side, there’s a lot of room for change going into Monday night’s caucuses.

Unlike primaries, in which voters simply cast a ballot, caucuses are essentially community meetings. Their outcomes, polling shows, depend on turnout, persuadable voters and late momentum shifts.

Here's how those factors could affect both parties' results.

The GOP caucus process is relatively simple: The Republican candidates or their representatives can give speeches in attempts to sway voters before the voting begins. Then caucus-goers vote by writing their choice down on a piece of paper.

Polls of the Iowa GOP race have shown a volatile electorate. Retired neurosurgeon Ben Carson and Texas Sen. Ted Cruz have risen up to challenge Trump’s front-runner status. Carson has fallen back dramatically, and although Cruz is still in the race, Trump has opened up the lead again, now leading Cruz by 7 points, according to the HuffPost pollster average.

Pollsters have noted differences in their results when they change their assumptions about voter turnout. Trump's success in particular depends on first-time voters registering and showing up to caucus. A recent Monmouth University poll found that when likely Iowa caucus-goers are polled, Trump leads Cruz 30 percent to 23 percent. However, when the pollster narrows the sample size to registered Republicans who have a history of voting, the odds shift in Cruz's favor and he leads Trump 28 percent to 23 percent.

According to a recent Quinnipiac poll of likely Republican caucus-goers, 39 percent of those who support a candidate say they could change their mind by election day. A Monmouth University poll released Wednesday confirms that there's room for persuasion -- only 48 percent of GOP caucus-goers said they are completely decided.

In 2012, the Republican Iowa caucuses saw a lot of last-minute shifting in the polls. Although former Massachusetts Gov. Mitt Romney was ahead going into the caucuses, polls did pick up on former Pennsylvania Sen. Rick Santorum’s big upswing, which ultimately led him to narrowly prevail over Romney.

No candidate is climbing at the rate Santorum was right before the 2012 caucuses. But that doesn’t rule out the possibility of a surprise, especially given the projected differences in outcome based on turnout. One possibility -- although it looks like a slim one -- is that Florida Sen. Marco Rubio gains momentum or benefits from higher turnout among those who prefer an “establishment” candidate over Trump or Cruz.

In the Democratic caucus, voters move to a designated spot in the room that is assigned to each candidate, or to uncommitted voters, to show their preference. Each candidate must meet the threshold of 15 percent support to be considered viable in that precinct, otherwise, that candidate’s supporters have to choose another candidate. In the process, supporters of the remaining candidates try to convince the eliminated candidates' supporters and uncommitted voters to come over to their side.

Polls on the Democratic side show a very close race between Clinton and Sen. Bernie Sanders (I-Vt.). Just six weeks ago, in mid-December, Clinton had a solid 10-point lead, but that has shrunk to a mere 2 percentage points throughout the first month of 2016. Meanwhile, former Maryland Gov. Martin O’Malley averages about 4 percent support.

Sanders’ success relies heavily on young and first-time voters showing up to caucus. Polls have consistently found his support sky-high among younger voters and Clinton’s stronger among older voters.

People under the age of 29 have made up 9-17 percent of Iowa caucus-goers in the last five presidential elections.  With the exception of 2008, which saw a record number of young voters, on average only 3-4 percent of eligible caucus-goers under 29 show up to vote on election day. If Sanders motivates this group to turn out, he could upset Clinton.

A recent Quinnipiac poll of likely Democratic caucus-goers shows 1 in 5 voters who support a candidate say there's a chance they could change their mind by the time they cast their vote. A Monmouth University poll reports that 55 percent of Democrats say they're completely decided. The format of the caucus provides opportunities for voters to change their minds, so those waffling on their choice could be convinced to change candidates.

According to the HuffPost pollster average, O'Malley reels in only 4 percent of Democrats, well below the 15 percent threshold for a candidate to be considered viable. In most caucus locations, O’Malley supporters will be forced to choose another candidate. There’s no real guidance in the polls on what O’Malley’s supporters will do, though, since there are so few of them. It's hard to say who those 4 percent will support on caucus day, and with a race this tight, which way they swing could affect the outcome. 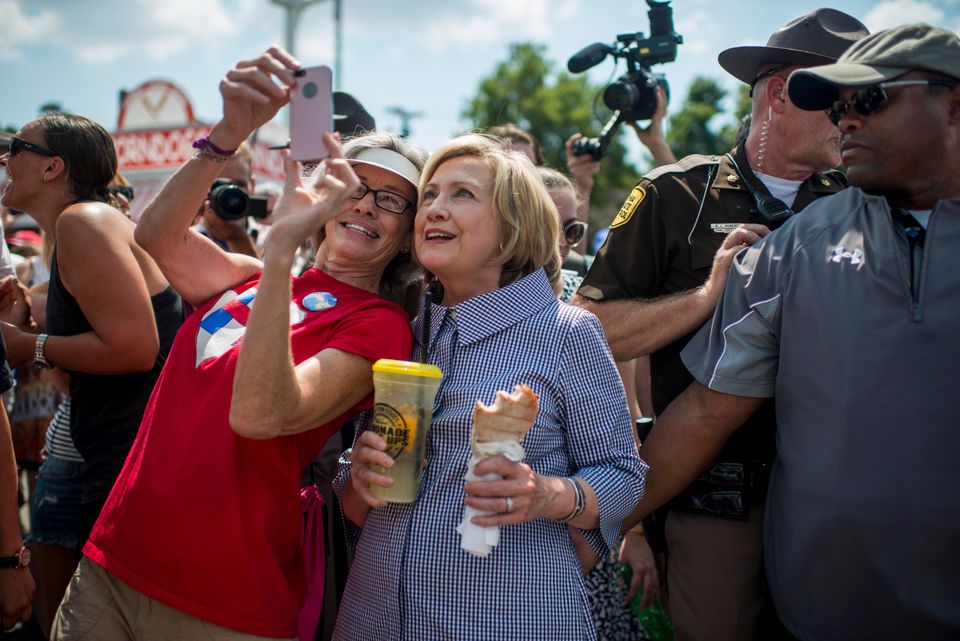